Linda McCall hasn’t been able to visit her husband since April, when the Veterans Administration hospital in Decatur moved him more than two hours away to a facility in Dublin.

Ralph McCall, 79, was one of 34 veterans living in Eagles’ Nest, the long-term care facility adjoining the hospital, when the coronavirus pandemic hit. Saying it needed to clear bed space for an expected surge in COVID-19 cases, the VA scattered its residents across three states.

The surge is over. But the veterans have yet to return to Eagles’ Nest.

Hospital director Ann Brown has said veterans will return when it safe to do so. However, some relatives say they’ve have heard from hospital employees that Eagles’ Nest could be torn down.

Past investigations raised concerns about everything from the facility’s leadership to its cleaning staff. And the VA has acknowledged structural problems and insect infestations.

The VA did not respond to multiple requests from The Atlanta Journal-Constitution for information about plans to return veterans, the future of the building or reports on its condition.

Linda McCall said she hasn’t seen her husband because of a coronavirus quarantine and the distance. Many of the families of other veterans told the AJC that they are in the same situation. McCall said that’s been hard on veterans, and that eight men have died since being moved. The VA has not confirmed that number.

“Down there with people they didn’t know. Never seeing their loved ones. That would make anyone give up,” she said.

The relocation happened as the COVID-19 pandemic began impacting Georgia. Atlanta was a growing hotspot for cases, and hospital administration cleared beds and space to prepare for the expected surge.

Brown said in an email that the veterans were moved to facilities that do not have significant numbers of COVID-19 patients to reduce their risk of exposure. The Atlanta VA hospital has treated more than 1,200 cases since the pandemic started.

Dublin has treated 521 cases at its 340-bed hospital and has 37 currently. The hospital in Tuskegee, Alabama, where other Atlanta veterans were sent, has treated 530 cases of COVID-19, including 26 current cases. At least one Atlanta veteran was located to a South Carolina hospital.

When the moves were made, Brown sent a letter to the families assuring them that the veterans would return as soon as possible.

But some of the families are complaining that the VA has been silent since.

“The whole way they went about doing it wasn’t transparent,” said Walter Callaway, the stepson of John Morrow, 89, who died of non-COVID-related causes in Tuskegee after being moved. The family was unable to see him before or after he left because of virus quarantines.

Though quarantine measures would still be in effect in Atlanta, family members hope they’ll be able to see loved ones through windows. They also believe they will get better reports on how the veterans are doing from Atlanta VA workers because they know them. As it is, relatives get occasional phone calls from staff or staff-assisted phone calls from their loved ones, though some have trouble communicating because of fragile health.

“I have no control. I just have to take their word for what happens,” McCall said.

Lisa Gillette hasn’t seen her 61-year-old husband David since June 10, when she visited with a window between them in Tuskegee. He had been hospitalized in the Eagles’ Nest after a series of strokes. Then the VA cut off window visits, Gillette said.

“These are all people whose families visited them all the time,” Gillette said. “Some have died. We think it’s from a broken heart. None have died from COVID.

“I was on the phone (last Friday), calling the regional office in Duluth and said when are you bringing these guys back?” Gillette said.

Like other veterans’ family members, she is worried about the rumors that the problematic building will be demolished, leaving no place for their loved ones to return to. The VA keeps telling her and others they will communicate with families, but it doesn’t, she said.

In September 2019, the Eagles’ Nest was in national news after a resident, Richard Marrable, was found by his daughter covered in about a hundred fire ant bites. He died days later. An investigationfound staff had known since July about the infestation in multiple rooms, and at least five veterans had been bitten, including Marrable, previously.

Before that, there were gnats in rooms. The blistering report cited numerous systemic problems from a pervasive lack of leadership and accountability to failures to communicate or effectively treat the building for insects.

Also there are large cracks in the roof, according to internal documents. 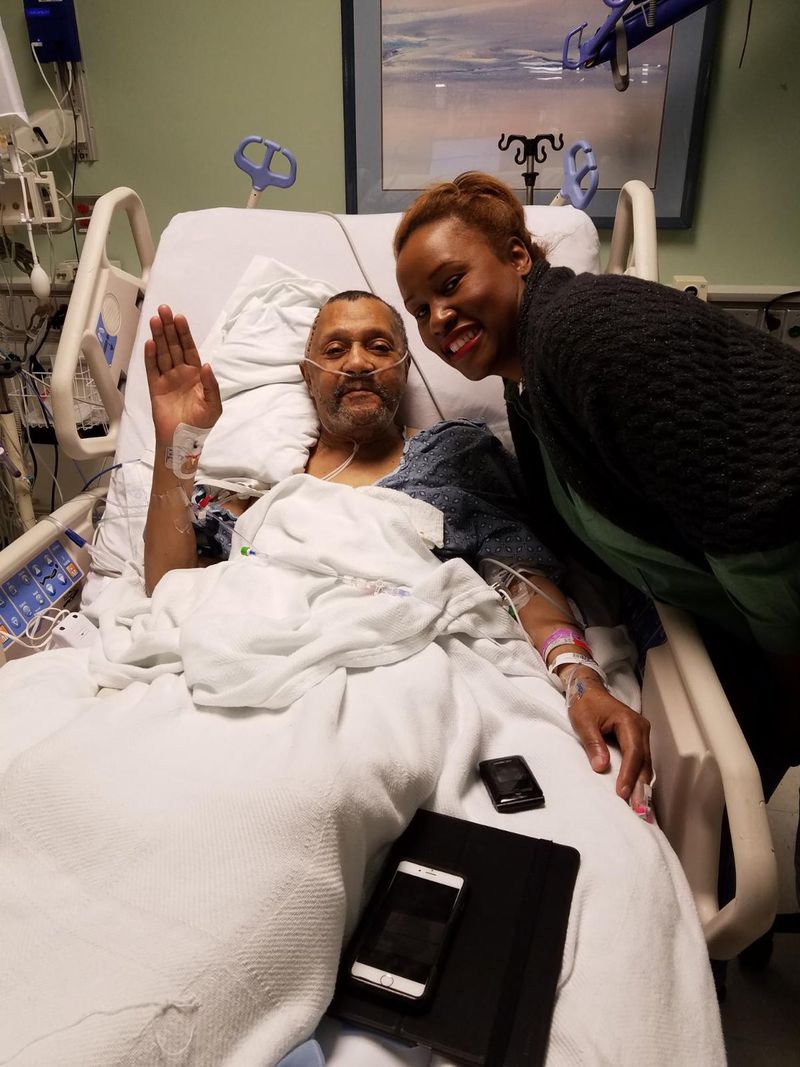 A 2018 review of the facility by the VA’s Office of the Inspector General rated the Eagles’ Nest two stars out of five.

McCall has doubts about the veterans returning. She said the Dublin VA hospital offered this summer to keep its patients permanently. But she’ll wait to see if he’ll be coming back to Eagles’ Nest.

“It’s been hard. That is my husband, and I entrusted them with him. And I don’t hear from the Atlanta office at all.”