By Henri Hollis – The Atlanta Journal-Constitution

Nearly 60 cats and kittens were found Wednesday living in a single Sandy Springs condominium in unsanitary conditions, and the bodies of 15 others were found in a freezer, according to the LifeLine Animal Project. 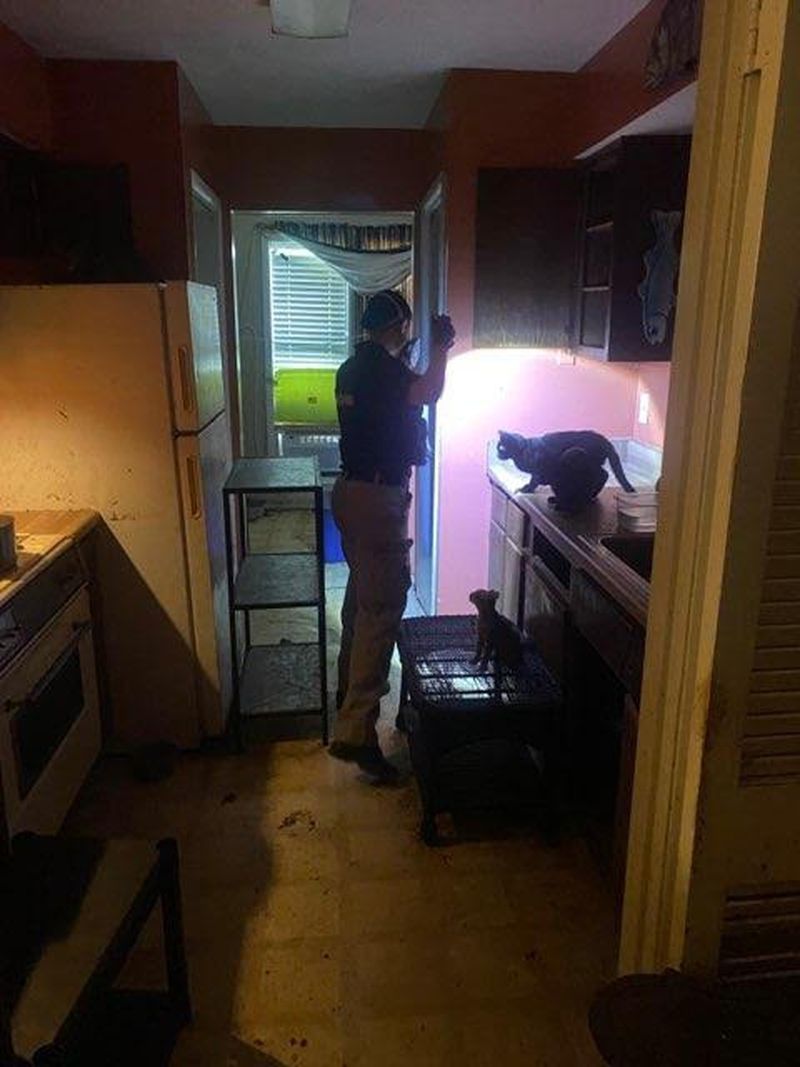 Sgt. Sal Ortega of Sandy Springs police said they worked more than six hours on the scene recovering 59 cats and attempting to rescue more inside the home and in the parking lot. Some were found inside the walls of the condo, he said.

The homeowner lives alone and told officers that he’s at a difficult stage in his life and the cat situation got out of control, Ortega said. Animal Control Services visited in July after complaints from neighbors about an odor and found the homeowner with only a few cats, he added.

The dead cats will be autopsied, and if authorities find that the animals were killed, the condo owner could be charged, Ortega said.

LifeLine recently took in 16 kittens from a property in Walton County where stray cats had been fed and multiplied, AJC.com previously reported. Hirsch said the Fulton animal shelters are nearly at capacity for cats and that the organization is in “urgent need” of foster homes.