More than three dozen people were evacuated from a Norcross hotel Saturday evening due to a fire in a guest room, officials said. 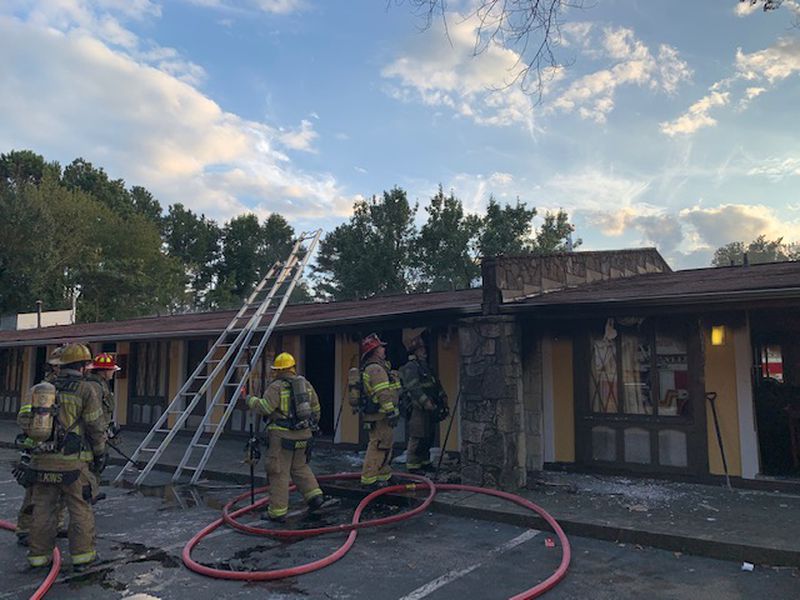 The officer notified a 911 dispatcher of the situation and started evacuating the hotel. Fire crews arrived shortly after and found a fire in a guest’s room, Rutlege said. Within 15 minutes, firefighters brought the blaze under control.

Rutledge said about 40 people were temporarily displaced from the building while crews worked to extinguish the blaze. No one was injured during the incident, but authorities said the fire caused heavy damage to the room where it originated.

The cause of the fire is under investigation.