In March, when restaurants shut down their dining rooms and Americans went into lockdown, the interconnectedness of the restaurant supply chain quickly became apparent. The pandemic brought massive disruption, not only to restaurant operators and 15.6 million food service workers in the U.S., but also to farmers and food purveyors; beverage makers, importers, sellers and distributors; janitorial and linen companies; and numerous other support services.

Almost seven months into the pandemic, restaurants — and the network of businesses built around them — still are feeling the effects. According to a survey released in late September by the National Restaurant Association, nearly one in six restaurants is closed, either permanently or long-term, and nearly 3 million employees are out of work.

One sector that hasn’t received much attention, yet continues to play a critical support role in the crippled hospitality industry, is communications and public relations.

‘Marketing is always the first thing to go’

Atlanta-based Green Olive Media offers branding, communications, design and PR services to hospitality clients in 28 states. Partner Elizabeth Moore recalled how COVID-19 hit her firm swiftly, as restaurant after restaurant called to cut Green Olive loose. “It was one, then another. The hits kept coming,” she said.

Revenue for Green Olive is down 60% year to date, compared with the same period in 2019. “I did the math last night. I couldn’t sleep,” Moore said. She moved the company to a smaller office, laid off an employee, and let go all Green Olive interns, which were paid positions. She hasn’t taken a paycheck in months. “I am going to be the last person to get paid.”

It’s a somber story for other local publicists. 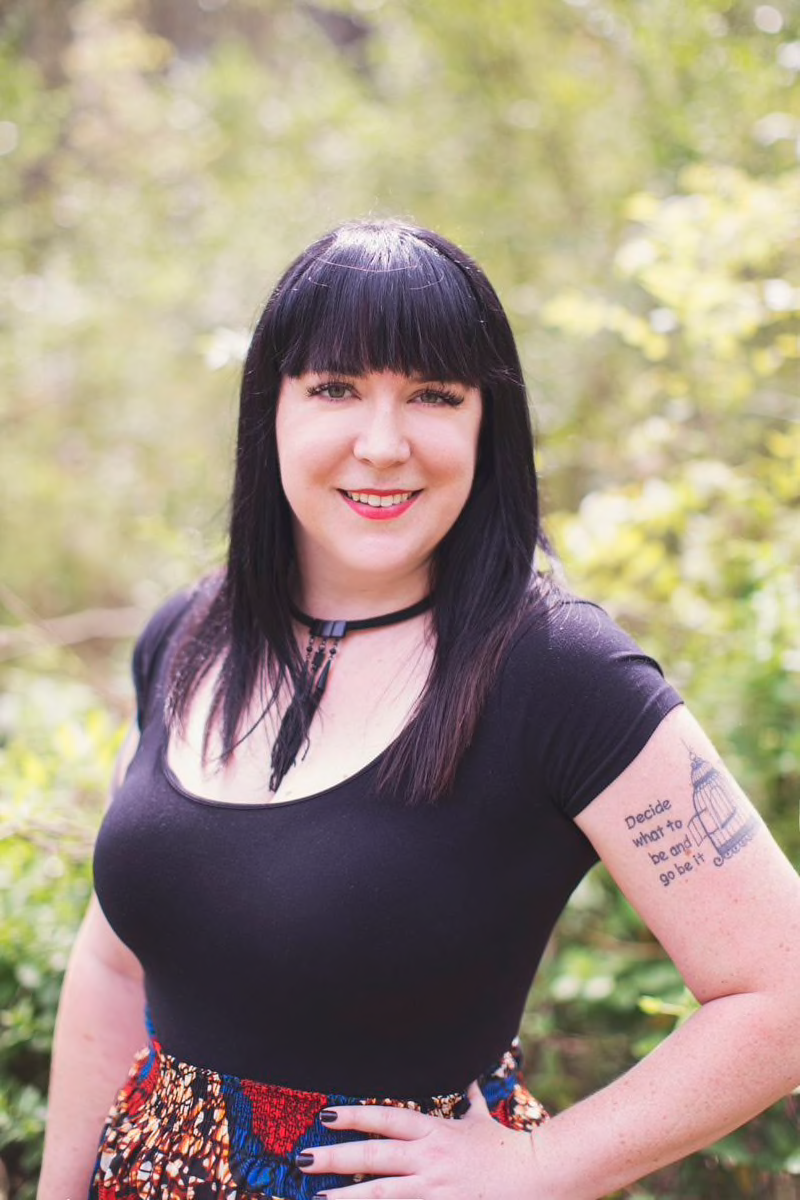 “In January, I was primed to be making the most money I had,” said Tori Allen, who provides services to hospitality clients in Atlanta and Buffalo, New York. “I had just signed with the biggest restaurant group in Buffalo. In March, they walked away. It was difficult to go from the high of the highs to the low of the lows,” she said.

Allen understands the reality of her line of work. “Marketing is always the first thing to go,” she said of the cost-cutting measures restaurants take when already slim margins become even more razor thin.

Although the majority of Allen’s clients no longer could keep her on retainer, she continued to work for many of them for free. “April was a high crisis time for restaurants,” she said. “And I needed something to keep me busy. … It was a lot of crisis communication.”

Safety ‘isn’t sexy, but it’s the most important’

After losing numerous restaurant clients in the early days of the pandemic, Melissa Libby opted not to renew the three-year office lease sitting on her desk. She and the team at Melissa Libby & Associates packed up their belongings and began working remotely from home.

The agency still does not have a physical office, and the staff is down from eight to five. But, the pandemic has provided Libby clarity about what her firm really does. “We are communication strategists,” she said.

She also has diversified her client portfolio, so that it isn’t as heavily weighted toward the hospitality industry, including picking up work with a valet parking company and a mediation business. “We tried to think of other businesses that we could apply our strengths to,” she said. “I thought about our scope, what people value about what we do for them. It’s not always about placing a story for the latest cocktail.”

Promoting food and beverage menus has taken a backseat to safety, the biggest talking point during the public health crisis. The extent to which a restaurant implements safety protocols has been paramount in fostering trust and consumer confidence. In short: If customers don’t feel safe at a restaurant, they aren’t going to eat there.

Libby noted that the emphasis on a restaurant’s commitment to safety, as part of its communications strategy, has continued long past late April through June, when restaurants began reopening for on-premises dining with restrictions to mitigate the spread of COVID-19. Now, safety is a key component when getting out the word about restaurants that are debuting during the pandemic, including Libby clients like Boone’s at the Bobby Jones Golf Course in Buckhead, Taco Mac in Lawrenceville, Hobnob at Halcyon in Forsyth County, and the Storico Vino wine shop at Buckhead Village.

“The safety issues — that’s not very sexy, but it’s the most important information we have to get out,” Libby said.

Blue Hominy founder Laura Fryer said that one challenge for her, as a publicist, has been helping restaurant and festival clients figure out “what feels right to talk about.”

“We don’t want to do things that feel tone-deaf,” said Fryer, who follows the news cycle and flags relevant stories for clients as they navigate their business through the challenges.

Survival of the creatives

Few sectors of the economy have made more adjustments during the pandemic than restaurants. In the 10-week period between April 2 and June 11, Georgia Gov. Brian Kemp issued five executive orders that outlined the changing parameters in which restaurants could operate. By the time they reopened for on-premises dining, with reconfigured and socially distanced tables and chairs, restaurants already had done plenty of adapting: learning the takeout game, adding a virtual marketplace as a revenue stream, and staying connected with loyal patrons through Zoom wine dinners, cooking classes and other virtual events. It’s no different for the PR and marketing folks, many of whom have been behind restaurant innovations in the era of COVID-19.

“The team — the chef, owner, manager, me — we brainstorm everything, to make sure we’re tapping into every possible resource,” said Rosen, who compared the current scene with her early days working for a large agency in New York, where it was “survival of the fittest” among coworkers.

“The people with the most creative ideas were the most successful,” she said.

Cross promotions, using social media, and teaming up with other businesses to share mailing lists are just a few of the ways creatives like Rosen are putting their accumulated knowledge to work these days.

“Everyone is having to amp up their digital (presence),” said Liz Lapidus, who has worked in the PR business for 23 years.

Like other career publicists, Lapidus said lessons from past crises have helped her to weather the storm. “After the last recession, when the mortgage industry tanked, we were heavily invested in development PR. We got annihilated then.” That taught her not to have “too many eggs in one basket.”

Pre-pandemic, roughly 25% of Lapidus’ clients were hotels and restaurants. Now, she has no restaurant accounts, although her firm has been doing ancillary projects, such as working with Second Helping Atlanta on a campaign to reduce food waste, by compiling chef recipes that utilize food scraps.

“Lifestyle and hospitality have always been my focus,” said Valerie Failla, a 30-year PR veteran who launched Via Failla with her husband, Garrett Heaberlin, five years ago. Since the pandemic, they have focused their attention on institutions, corporations and mixed-use developments that have a hospitality component, rather than “chasing a mom-and-pop bakery,” she said. Among Via Failla clients is Chattahoochee Food Works, a 30-vendor food hall coming to the upper Westside this fall.

Just as Atlanta’s restaurant scene has grown in the past three decades, so, too, has the female-dominated local hospitality PR pool.

“When I started, it was Melissa Libby and me. That was restaurant PR (in Atlanta),” Lapidus said.

Each woman interviewed is navigating her firm in her own way, but they don’t operate in silos. They know one another, and the unprecedented challenges they faced along with their clients have brought some of them together on a personal level.

Every Friday since the start of the pandemic, a handful of longtime hospitality PR agency owners have participated in a conference call, to discuss best practices, the state of restaurants — and how to cope. “This came out of the need for support from others who truly understand,” Libby said.

She found it tough not having good answers for clients. “I didn’t know what to tell them. A new mandate might change everything I said. It was devastating to not be able to help, or, to help for a short time and start over again. I felt it was my role to be optimistic, but it was so hard.”

These professionals know the future is full of unknowns.

Allen wonders whether she will have a single account, come January. Moore is mentally taxed by the efforts it takes to keep her firm afloat, while helping hospitality clients do the same. “I try to stay as upbeat as possible when my world is crumbling as much as theirs,” she said.

But, they all are determined to persevere.

“We’re in it for the long haul,” Libby said.