She needs the countertop staple for her Smyrna home, the engineering office where she works, and for her daughter, who uses plenty to wipe up messes from children.

“They are easier to find now,” a relieved Barber said in the parking lot of a Vinings grocery store.

After the coronavirus slammed Georgia in March, buyers stripped store shelves clean of goods from baker’s yeast to antiseptic wipes to meat. It took weeks for many items to return.

Paper towels took about half a year, much longer than most.

And the journey wasn’t easy, even though more rolls are made in pulp-rich Georgia than in most other states. There are large plants in Macon, Albany and Savannah. The three big players, Georgia-Pacific, Proctor & Gamble and Kimberly-Clark, all have a big presence in the state.

The extended shortage of something people reach for daily exposed a major shortcoming in ‘just-in-time’ manufacturing and showed that sometimes there are no quick solutions in the vaunted U.S. supply chain — especially when it comes to cheap products made with expensive machinery. 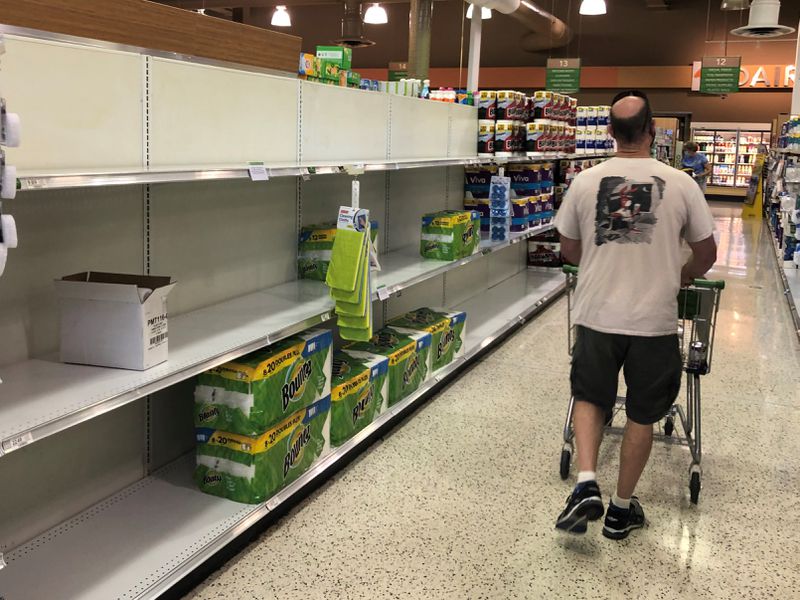 It wasn’t just panic-buying and hoarding — with a roughly 200% spike in demand earlier this year — that caused the problem. Consumer behavior also changed more broadly.

Americans have long loved paper towels — buying about half of the world’s supply, according to market research firm Euromonitor. But they are handwashing, swabbing and wiping down even more since the coronavirus shutdowns sent them home in mid-March with spouses, kids and pets. More than half a year later, homes are still the place where many people do it all 24/7 — live-work-play — and then clean up.

“I can’t think of another time when we had all these people staying at home,” said Mark Wilde, a 30-year paper market analyst with the Bank of Montreal.

And sales have settled into a new, higher normal.

As of September, U.S. sales of paper tissue, including paper towels, were still 10% to 15% higher than before the pandemic, according to Eric Abercrombie, a spokesman at Atlanta-based Georgia-Pacific, which makes Brawny, Sparkle and other brands.

Ramping up wasn’t easy, and big retailers this month were still not able to buy all they were asking for. Grocery stores are used to surge purchases before holidays and major storms but this shortage “is kind of like a holiday and a hurricane that just won’t stop,” said Daniel Vasseur, Kroger’s regional supply chain director for much of the Southeast. 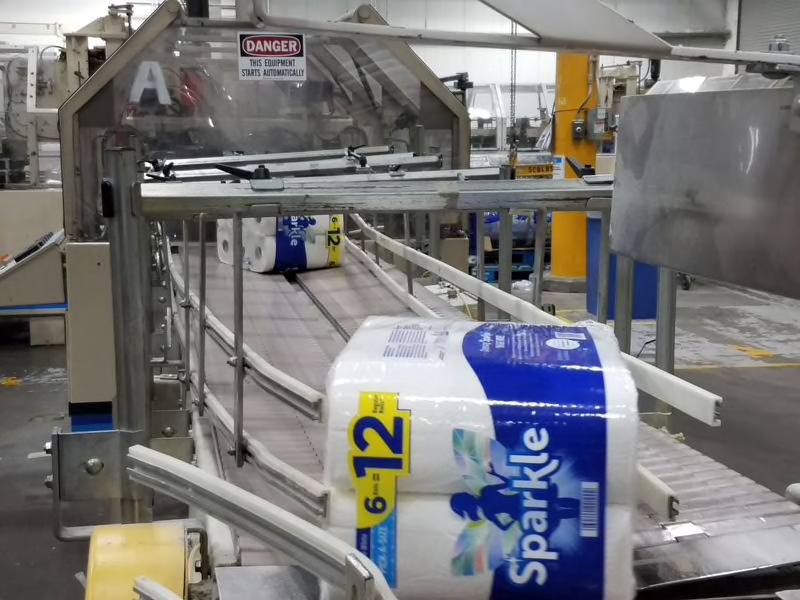 Paper towels are a bulk-purchased, low-cost consumer good (about a penny or two a sheet) sold at low profit margins. But a tissue-making machine can be long as a football field, take three years to build and cost $300 million.

Jonathan Raga with Fastmarket RISI, a data and analytics firm that tracks forest products, said tissue plants were already running in the mid-90% capacity range as this once-in-a-lifetime surge hit.

Some retailers turned to paper goods from Mexico, Canada and China, causing imports to surge by about 50% since spring. More than 5% of that arrives through the port of Savannah, according to big data firm USTradeNumbers. But such shipments take time.

Meanwhile, paper towel manufacturers in Georgia and elsewhere scrambled to adjust, squeezing their machines for even more efficiency. One way to do that was by offering consumers fewer choices in brands and packaging. Machines have to be shut down to switch between brands or package sizes, losing valuable time, according to Georgia-Pacific’s Abercrombie.

Georgia-Pacific, which has about 900 employees at its Savannah plant, also shortened the supply chain by shipping from factories directly to stores rather than to distribution centers.

Raga, who estimates Georgia makes 9.4% of U.S. tissue paper, also suspects some manufacturers switched from commercial-grade towels, which are rougher and used in places like schools and airports, to home-grade, which are softer.

Local logistics startup Verusen had fortuitously begun work with Georgia-Pacific right before the pandemic to give a more precise picture of its materials supply chain. Companies can see where everything is, from raw materials to machine parts, and where the kinks are. Paul Noble, Verusen’s founder, said his company helped save Georgia-Pacific time and money on maintenance and moving supplies.

So many different manufacturers of all types saw their supply chains broken by the virus that Noble saw a surge of his own. As they came to him for help, he said he added seven new workers to the 13 he already had and expects to add about 20 more by the end of the year.

If there’s another sudden 200% surge, the paper towel industry still won’t be able to meet demand overnight. But it is working on being able to catch up more quickly.

“It is not only a just-in-time focus anymore, but also a preparation for a just-in-case scenario,” Christian Fischer, Georgia-Pacific’s president, told an economic development conference in April.