A day-long event aimed at DeKalb County’s at-risk youths will return for a second year, featuring speakers who hope to dissuade students from going down a violent path.

DeKalb Commissioner Lorraine Cochran-Johnson will host this year’s virtual “Lock-in for Life” from 6 to 9 p.m. Oct. 9. The event’s debut in 2019 amassed more than 200 participants, mostly consisting of DeKalb middle and high school students.

Cochran-Johnson said the single-day course was created in response to the increase in homicides and violent crime over the past few years in the county. In 2017, DeKalb recorded more homicides than Atlanta for the first time — an undesirable statistic that was repeated in 2019.

“One of the things that was most alarming to me was the age of those who were involved in violent crimes,” Cochran-Johnson said. “I thought it would be a good idea to literally have a lock-in where we could talk about critical life skills, mental and social preparedness, conflict resolution and all the things that K-12 education doesn’t deal with.”

This year’s event will feature a panel of a dozen Black men who will offer advice and guidance to the youngsters using their various backgrounds. Cochran-Johnson said she made an effort to include speakers with troubled pasts.

She highlighted author Omar Howard, who spent more than a decade in prison for his part in an armed robbery that left a homeowner dead when he was a teenager. After being released on parole in 2007, he has dedicated himself to rehabilitation andspeaking to at-risk youths.

“When he talks about the path that led him to incarceration, immediately you can see a shift almost in those young men,” Cochran-Johnson said.

DeKalb Superior Court Judge Mark Anthony Scott and attorney Dwight Thomas will also be on the panel of volunteers to talk about their experiences in the courtroom and the consequential actions they see every day.

“I can remember Judge Scott saying, ‘If you travel a certain path, I’ll be the last face you see as a free man,’” Cochran-Johnson said. “It really jolts them.”

The other panelists consist of faith leaders, activists, a former police officer and a former Atlanta Falcons linebacker. 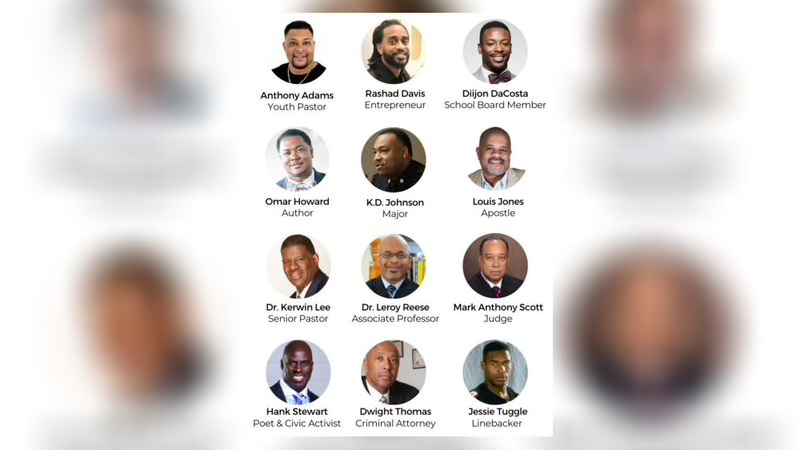 The Fulton-DeKalb Hospital Authority (FDHA) is partnering with Cochran-Johnson and cohosts Berean Christian Church and Prevailing Love Worship Center to hold the event, which will also focus on the mental health of Black youths. The hospital authority’s director of community engagement, Beverly Burks, said that half of male adolescents in the U.S. with depression never receive treatment.

“Lack of mental health treatment is especially true for Black males ages 12-29,” she said in a news release. “It’s time we ensure our children have a safe space to voice their concerns, seek assistance, moral support and see productive male figures so they know they are not alone.”

Cochran-Johnson said she learned a lot during the inaugural “lock-in,” which took place last December. Her biggest takeaway was that teens want to be mentored but often don’t have male role models in their lives.

However, you have to earn the kids’ respect first.

“It’s very evident that they don’t care how much you know until they know how much you care,” she said. “Once you connect with them and they feel your sincerity, it’s transformative.” 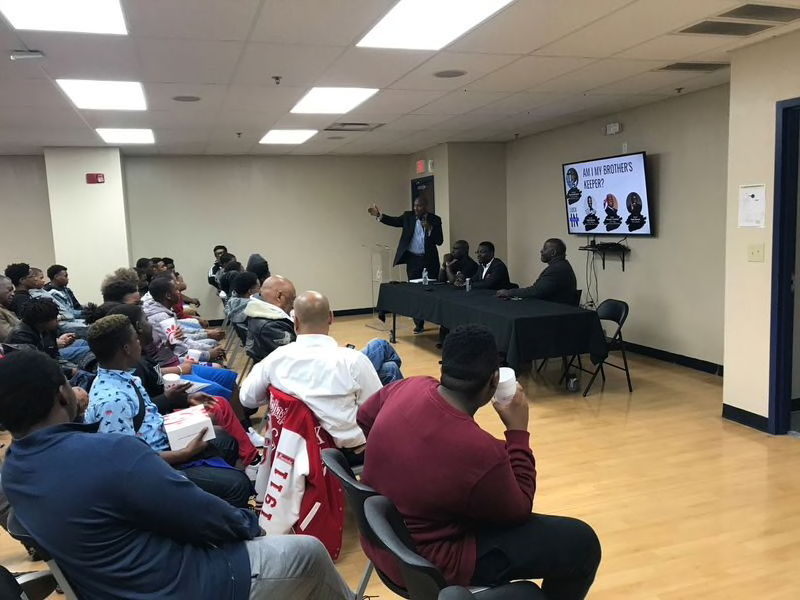 The 2019 “lock-in” culminated in a basketball game between the children and the panelists, but this year’s event is moving online due to coronavirus. Some fun activities will still take place in the form of a Tik Tok dance contest, live music from DJ Tick Tiggz and a fantasy football competition.

Cochran-Johnson’s office is working with DeKalb County Schools and its superintendents and principals to refer students who could use guidance to the event.

She said she hopes to expand the program further in the future with quarterly events to mentor young men and teens. She also planned to launch a sister event aimed toward at-risk girls, but those plans were delayed due to the coronavirus pandemic.

Registration is free for DeKalb residents at www.lockinforlife.com.