When Georgia restaurants began reopening for on-premises dining in late spring, chef Zeb Stevenson was among the Atlanta culinarians who spoke to The Atlanta Journal-Constitution about menu changes that might occur to accommodate a new era in dining.

“It’s highly unlikely that people are going to want the same experience from Redbird that they did pre-COVID,” Stevenson said of his upscale, small-plates spot. 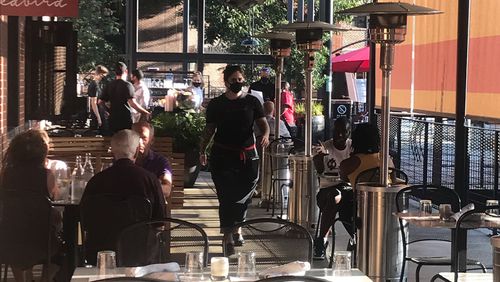 Four months later, Stevenson has figured out how to provide guests with a Redbird experience, despite a downsized staff (from 50 to 18), reduced party size and other changes. He said the current menu is “the best that Redbird has had.”

Prior to Redbird’s June reopening, peers advised Stevenson to shrink his menu, but he has retained a mix-and-match seasonal menu that still totals about two dozen items. “I love the food here so much, I don’t want to make it smaller,” he said.

There have been menu changes, though. Large-format proteins intended for sharing were yanked, in part because the average party size dropped. Even though table size is increasing to three and four these days, Stevenson doesn’t anticipate bringing back big portions of meats. 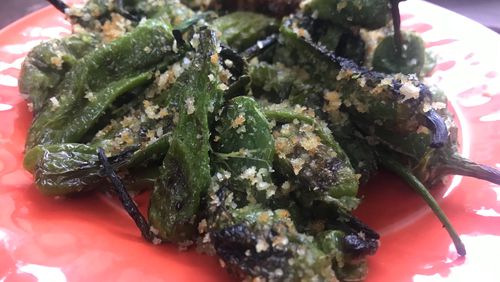 Rather, he pushes a chile-rubbed, deboned half-chicken with mock duck sauce and chile rings. Having learned the takeout game (which accounted for less than 2% of sales prior to the pandemic), Stevenson also touts the tender chicken for its ability to hold up well in transit.

Redbird also rolled out an outdoor bar on its second story patio that has experienced “tremendous” success.

Although plans to restore weekend brunch are on hold, Stevenson is hoping to attract the morning crowd soon by selling biscuits and biscuit sandwiches at a walk-up window. “We’ll make it super quick, grab and go, minimal contact, no need to come inside,” he said.

Is winter a concern? “I’m thinking about it every day,” Stevenson said. “We put a lot of resources into heating our patio when we first opened … but it was money well spent. We can seat our patio down to about 40 degrees. I had dinner around Christmastime last year; (the patio) sat very comfortably.”

The interior, remodeled from its Bacchanalia days, is wide open. “We have a very high ceiling, an open room and windows that open to the outside: we are well ventilated,” he said.

Even though Redbird’s business isn’t what it was compared with pre-pandemic days, and Stevenson and partner Ross Jones face shrinking the operation further in the next six to eight months without “some serious increase in revenue,” the veteran chef is focused on the positives.

“I’m a better boss,” said Stevenson, 45, who has spent “more than half my natural life” in the kitchen. “My crew is much smaller, but they are working together so well. … Everybody who came back to work came back because they truly wanted to, and it shows. The guests coming to the restaurant are so awesome right now. I’ve learned a lot about being patient and putting our efforts into the things that really matter.”