Political Twitter was busy after President Donald Trump revealed in a tweet that both he and first lady Melania Trump had tested positive for COVID-19.

Earlier on Thursday, the White House announced that senior aide Hope Hicks had come down with the virus after traveling with the president several times this week.

The news comes as America is just 32 days away from the presidential election and 13 days out from the next scheduled presidential debate.

Georgia leaders began to react early Friday morning as they got the news. 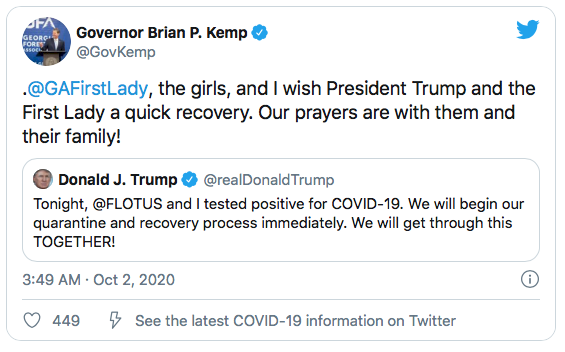 As did Atlanta Mayor Keisha Lance Bottoms, who battled COVID-19 earlier this year: