Appointed chief in 1978, Napper led the Atlanta Police Department during the Child Murders crisis. He created a white-collar crime unit and special investigations section and was named Atlanta’s public safety director in 1982. He was also one of the founders of the National Organization of Black Law Enforcement Executives.

Napper, 81, died Friday at his southwest Atlanta home. For 30 years, he suffered from Kennedy’s disease, a neuromuscular disorder. His condition worsened in the last two weeks.

Atlanta police are honoring him by wearing mourning bands on their badges. 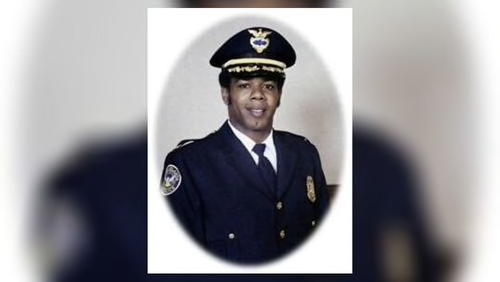 Mayor Keisha Lance Bottoms issued a statement Saturday, calling Napper a “brilliant teacher and leader” who “broke barriers and embodied the progress of our city during a long and distinguished career with the Atlanta Police Department.”

“The City of Atlanta is thankful for the service and commitment of Chief George Napper and we offer our deepest condolences to his loved ones,” the mayor said.

A native of Auburn, California, Napper helped his mother look after his three younger brothers after his parents divorced. A sharp student and standout athlete, he served as the student body president and was named to the hall of fame for football, basketball, baseball and track at his high school, said his brother, Nick Napper.

He served in the U.S. Marine Corps and graduated with a doctoral degree in criminology from the University of California at Berkeley. He taught sociology at Spelman College and psychology at Emory University.

“George was a very decent person. His character was impeccable. He had an old adage: ‘I’m for truth,’” said Nick Napper.

Napper admired poetry, a sign of his sensitivity and gentleness, said his daughter, Kenya Napper Bello. He lived for his family, she added, and stuck to his convictions. 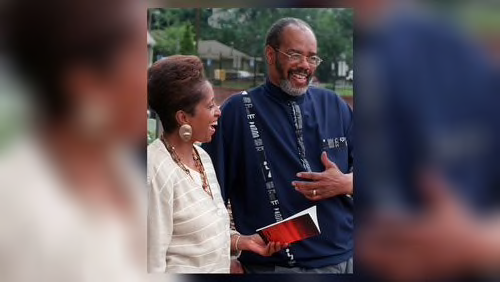 Tonya Austin, a retired Atlanta police sergeant from College Park, remembers how inspiring and reassuring Napper was when he came to speak to her Atlanta high school amid the Child Murders crisis. He encouraged her to become a policewoman.

Austin spent 30 years in uniform and now works as an archivist for the Atlanta Police Department Historical Society. Two weeks ago, she texted him, telling him she had a rewarding career thanks to him. He replied: “Love you.”

“I just have so much admiration and respect for him and his leadership,” she said. “I had a great career and that is why I am eternally grateful to Dr. Napper. It opened so many doors. I have met people in every capacity imaginable, from people at their very worst moments to presidents and world leaders.”

Read and sign the online guestbook for George Napper Jr.