On the first morning of October, Kevin Avery and Taylor Scott of 104.7/The Fish took a call from a woman named Marie who lost her job earlier this year at Waffle House, a job she loved. She told the radio team that God has kept her going.

“Your faith is inspiring to get us through tough times,” said Scott.

Marie then returned the compliment to the two radio personalities: “I appreciate the way you uplift us as an example for others.”

This has been Kevin and Taylor’s modus operandi for 20 years, an anniversary mark this month that makes them the longest-running personality-based morning show in metro Atlanta.

And they are still going strong. They remain a consistent top five morning show among women 25 to 54 in Atlanta, even as they face their biggest direct competition to date in year-old syndicated rival K-Love from 106.7 FM.

Their formula for success has remained remarkably consistent. 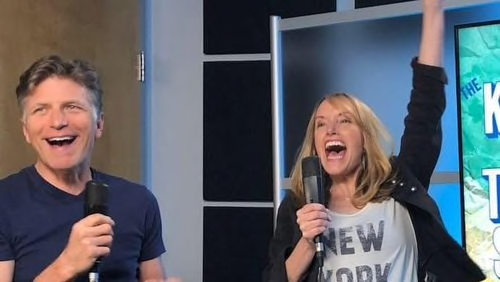 They have a single producer. They do no schtick, no bits. They tell stories and take calls. They play artists like MercyMe, Casting Crowns and Chris Tomlin. The guiding mantra has been “good, clean fun” without heavy-handed sermonizing. They keep the material safe for 8-year-olds.

They don’t delve into relationship drama or celebrity gossip, topics mined so well by the Bert Show on Q99.7. There is no political banter, the oxygen for news/talk 95.5/750 WSB.

“That’s not our lane,” Avery said. “We’re disruptive by virtue of what we don’t do.”

But there is still plenty to gab about within the boundaries they have drawn.

Among the topics they touched upon in recent days: people camping more often during the pandemic, staging homes for sale, practical jokes among family members and an interview with a specialist on loneliness. Avery told a story about trying to kiss his light-sleeping wife goodbye before leaving for work and startling her to the point she accidentally whacked him in the face. Scott nudged her sister to take a cabin vacation, but after a cat got sick, only part of the family was able to go.

Scott said they are well aware that for some listeners, “we can never be conservative enough.” She recently mentioned a visit to a “shabby chic” hotel where the shower was so tiny that when she bent over to shave, describing on-air that her “bum” hit the shower door. A listener, she said, complained because she implied she was naked.

Nonetheless, long-time listeners regard them as reliable friends.

Jeanette Stout, 61, of Decatur, who works in the film and TV industry, calls the morning duo “very relatable. … If they’re having a bad day, they talk about it and offer support to each other rather than pretend that everything is always fabulous. They’re not related, but they have a playful brother-sister dynamic on-air, lots of teasing and friendly jokes. They feel like they are part of my family.” 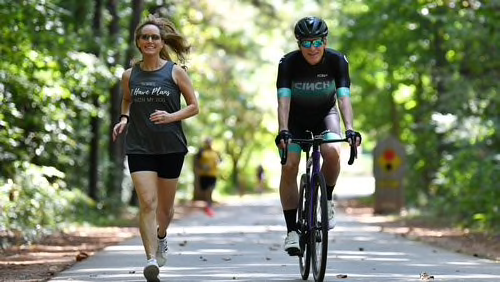 Even as Avery’s four kids have grown up and his hair is now flecked with gray, his light-hearted sense of humor is unwavering. Scott’s innate upbeat sweetness leavens even the most depressing news stories she reads each day in the morning.

Scott has been open about her battles with infertility over the years, a tough subject for any radio personality to talk about in any format.

“You push through the pain,” she said, “because when you share your cracks, [the] light gets in. People have been able to identify with my story.”

Avery has discussed his heavy drinking in his early 20s. He has been sober for nearly three decades. “I’m living proof you can overcome something like that,” he said. “I can be vulnerable about it without glorifying it.”

Given that both of them have reached the half-century mark, they are leaning more on their younger producer Griffin Adkins — an Atlanta native who is married with two little kids — to provide fresh fodder and relate to millennials. For instance, he recently provided a tip for getting his toddlers to eat new foods: put items on toothpicks.

“Kevin is now the older dad who can react to what I say, provide wisdom, then make fun of me,” said Adkins, who is 33. “It’s a good dynamic.” 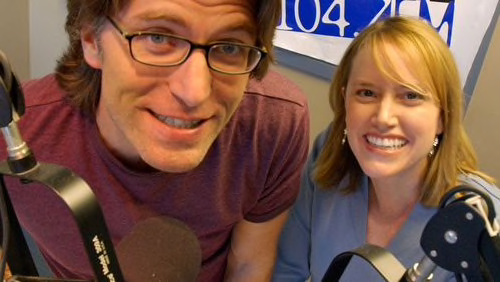 The Fish launched in Atlanta in 2000 as one of the first big FM stations in the nation focused on Christian music such as the Newsboys and Third Day, Parent company Salem Media purposely programmed the Fish to sound like B98.5 or Star 94.

At the same time, they needed the right morning show. Allen Power, who helped launch the station and is now a senior vice president at Salem, said he discovered the Kevin and Taylor team at WAY-FM, a West Palm Beach, Florida, Christian station.

Avery had started in radio in classic rock but segued into Christian after he started having kids. Florida native Scott attended a Christian academy and had a long affinity to the format. Avery, already a morning host and program director at the Palm Beach station, asked Scott to join him full time in 1998, impressed by her charitable spirit and deep enthusiasm for radio as a medium. She admired his quick wit.

“They’re very different personalities that balance each other out well,” Power said. “Another thing that stood out was their work ethic.”

In fact, the morning team at first juggled what are considered two full-time jobs. Avery held the program director position while Scott oversaw promotions until 2007. “They were reluctant to give those jobs up when we asked,” Power said. “We had to talk them into it.”

Once freed to focus on the morning show, Avery said he felt like they were able to kick it up a notch. “The show was just doing OK before that,’ he said. “We got a full-time program director in Mike Blakemore, and it became a much better show.” 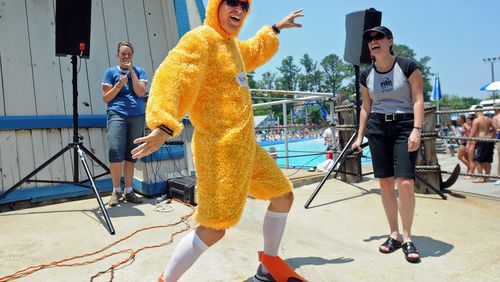 Scott said credits a lot of their success to their spouses. “They’re our rock,” she said. “We worked a lot of extra hours in the early years. My husband was so kind.”

During the past four years, Kevin and Taylor have expanded their footprint beyond Atlanta as a syndicated show. They are now heard on approximately 100 stations nationwide, from Los Angeles and Portland, Oregon to Nashville and Little Rock, Arkansas.

Atlanta listeners by design have no idea because the team tapes local content daily. On Oct. 1, they discussed the Atlanta Braves’ first playoff victory of the season, and Avery joked that game No. 2 should go fine “as long as none of the players touch an Atlanta Falcon.” They also sent prayers to local Delta Air Lines employees scheduled to be furloughed, and Scott told the story about an Atlanta pregnant woman who saved her husband from a shark.

And while Avery and Scott say they have had inevitable disagreements over the years, they have never permanently damaged their relationship.

“We’ve always had mutual respect for each other,” Avery said.

“We forgive each other and keep going,” Scott said.

Avery couldn’t help but throw in a joke. “We keep scorecards,” he said. “She apologizes more than I do. She’s just more saintly that way!”