The current rallying cry for racial equality began years before George Floyd’s death, simmering before boiling over this summer.

On the contemporary list of unarmed Black people whose killings sparked protests, one would surely point to Trayvon Martin in 2012 , or Michael Brown in 2014. The uprisings spurred by their deaths played out primarily in the streets — but also in the arts.

After Martin’s and Brown’s killings, a group of young Black playwrights created “Hands Up: Six Playwrights/Six Testaments” in 2015. The show is a series of monologues on Black male identity and the experiences of Black men at the hands of police. Then, the same year the play premiered, Sandra Bland died in police custody, and 15-year-old Dajerria Becton was violently restrained by police at a Texas pool party. So, six playwrights and six testaments grew to seven, with the addition of a Black woman’s experience, and the show’s title changed to reflect the number of monologues from six to seven.

The Alliance Theatre planned to produce “Seven Playwrights/Seven Testaments,” this fall, then COVID-19 hit. Though the show has been rescheduled for February, the Alliance is going forward this month with a companion series of five, virtual, community conversations called, “Hands Up, Atlanta: Art and Activism.” Those conversations would have run concurrently with the show. They begin Oct. 8 and run weekly through Oct. 28. The series is presented in partnership with Spelman College and Emory University’s Center for Ethics. The play was originally commissioned by the New Black Fest theatre festival for emerging Black playwrights, which brought the original six writers together.

The conversations will focus on Black stories: the trope of the strong Black woman; how Black people perceive themselves and are perceived by others; what it means to be part of an LGBTQ community often portrayed as primarily white and male. Actors, playwrights, visual artists, psychologists, will lead the discussions to highlight the role of the arts in activism.

But in a sign of how deeply this moment of reckoning has seeped into crevices of American life, the series also reflects how the theater itself is grappling with race and inclusion as an institution.

“The uprisings of Black Lives Matter, locally and nationally, the killings of George Floyd, Breonna Taylor, Ahmaud Arbery, the disproportionate impact of COVID, and voter suppression, are prompting internal examination,” said Rita Kompelmakher, community engagement and audience development manager for the Alliance. “The Alliance is having its own moment of reckoning, asking questions around staffing, representation, equitable practice.” 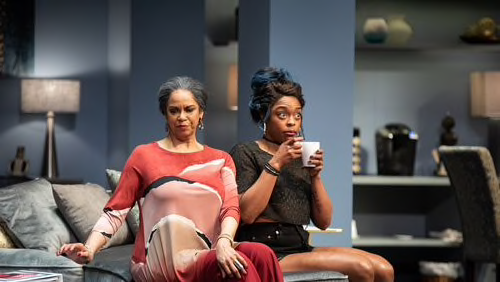 Alexis Woodard was a Spelman College freshman when she first saw the show performed at Morehouse. After joining Spelman’s drama troupe, she became the stage manager and saw through several productions of “Six Testaments.”

“Unfortunately, it’s always fresh,” Woodard said. “Every time we’ve done it over the last three years, there’s another name to be added to the list.”

Now a graduate, she works at the Alliance as a Spelman Leadership Fellow, a program forged between the college and theatre about five years ago to help bring more Black people into theater management. She is co-directing both the play in February as well as a series of short films that will open each conversation in the series. Her co-director is her former Spelman drama professor Keith Arthur Bolden. Bolden directed several versions of the play at the college over the last three years, but “this is the first time we’ve done the show with real money behind it,” he said.

Except for set designers, who are two white women, the show’s production crew will be all people of color, Bolden said. The same is true for the short films Woodard and Bolden directed for the conversation series.

But such a diverse cast and crew is rare, not only at the Alliance but in American theater overall. This lack was called out in a massive theatre movement called, “We See You White American Theater” launched just after Floyd’s killing. As Black people, and other people of color — from academia to entertainment to journalism — called out the exclusion, inequities and racism they’d faced in their careers, some of the nations leading playwrights, actors and directors wrote a scathing open letter aimed at white gatekeepers in American theatre. Among the more than 300 signers were Lynn Nottage, Lin-Manuel Miranda, Tarell Alvin McCraney, Sterling K. Brown, Viola Davis, Sandra Oh, Billy Porter, Danai Gurira, Uzo Aduba, and Anika Noni Rose. Their long list of demands included equity in hiring, from ushers up to artistic directors, making theater boards more diverse, and diversity training throughout the industry from Broadway to regional theaters, such as the Alliance.

“We had already started working on outreach, but “We See You” expedited that,” said Daviorr Snipes, the Alliance’s director of diversity, equity and engagement. “You’re talking about a movement that is trying to reshape an entire industry.”

Among the initiatives the Alliance started in spring were listening sessions, Snipes and Kompelmakher said. About 60 Black people who’d worked with the theater over the last three years attended a small, private, Zoom sessions where they spoke candidly about their experiences on stage and off at the Alliance. Lighting technicians, set designers, costumers, teachers, actors and directors shared personal perspectives.

A host of issues were raised, from the need for hairstylists who know how to work with Black people’s hair to training lighting designers how to best illuminate a range of skin tones, including Black skin. The message was clear, Kompelmakher said: “It’s not enough to portray Black trauma or joy on stage when there’s not real representation backstage.” 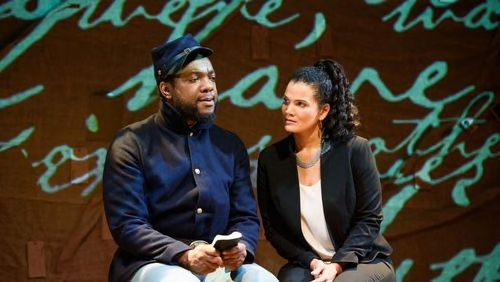 Woodard sat in on some of the sessions. She said people also voiced how intimidating the very building that houses the theater can be for some visitors.

The theater is now working on short and long-term plans to address the issues raised during the listening sessions. Anti-bias training is now mandatory for all staff and board members, Snipes said. There are also the issues of access that must be addressed in terms of hiring, he said. Opportunities are often shared through networks, and if no people of color are part of hiring discussions, those chances typically stay within networks that are often homogenous and mostly white. Now at least one person of color is supposed to be involved in hiring discussions, Snipes said, “to look for blind spots.”

Snipes continued, “The more people of color you have, the more you can see any potential pitfalls. We want to break down any barriers that would keep people from bringing their authentic selves to the table.

The Alliance Theatre presents: “Hands Up, Atlanta: Art and Activism”

A series of five conversations featuring Black artists discussing and the role activism plays in their work and how communities can become involved in social justice. All events will be virtual and free, but RSVPs for access to the events are required. alliancetheatre.org

Recasting the Black Image: Reckoning with the stereotype of the “Black Male,” 7 p.m. Oct. 8

Black LGBTQ Narratives: Exploring the intersections of Black, gay, and trans identities, and the work of Black artists in the Black Lives Matter movement and LGBTQ rights movement. 7 p.m. Oct. 15

Racial Healing Through Art: Looking at the impact of racism and the cultural trope of the “strong Black woman” on the lives of Black women. 7 p.m. Oct. 22

Family Event/Engaging the Arts to Raise Anti-Racist Kids: A reading of the bestselling kids book Hands Up!, a Q&A with author Breanna J. McDaniel, and interactive anti-bias and allyship activities for families. 3 p.m. Oct. 25

Standing Up for Social Justice: Atlanta-based theatre arts organizations talk about working on a range of racial justice and equity initiatives. Followed by a facilitated discussion focused on navigating racism together as a community. 7 p.m. Oct. 29