Dr. Mahendra Amin was waiting for them.

Women in Immigration and Customs Enforcement custody at the Irwin County Detention Center dreaded this journey. Dozens have told lawyers and members of Congress that Amin, an obstetrician and gynecologist, examined them so roughly they returned to jail bruised or bleeding. Some allege Amin performed unnecessary surgeries without their consent: hysterectomies, the removal of ovaries, operations on fallopian tubes. These women said they went under anesthesia for minor procedures but awoke unable to bear children.

Their stories evoke a dark era in the nation’s history: the eugenics movement of the mid-20th century, when doctors carried out mass sterilizations among people deemed intellectually or morally inferior. Federal authorities are investigating, Amin denies wrongdoing, and his South Georgia community is rallying behind him. More than 1,400 people follow a Facebook page that features testimonials to the doctor’s compassion and skill.

But an examination by The Atlanta Journal-Constitution suggests Amin’s treatment of the detained immigrants may have been motivated by the most pedestrian of concerns: money.

Amin has repeatedly faced financial and legal pressures, interviews, court files and other public records suggest, both in his medical practice and in his other business ventures.

He has settled at least two malpractice lawsuits in recent years, each of which accused him of neglecting a pregnant woman in crisis. In one case, a mother died; in the other, a baby.

He has formed a string of companies and taken out large loans, even as creditors took him to court for failing to pay some of his debts.

And when a company he owns managed Irwin County’s struggling hospital, federal and state authorities accused the facility, Amin and several other doctors of systematically filing inflated or false bills to Medicaid and Medicare.

Members of Congress have called for an FBI investigation into Amin’s treatment of detainees, speculating that financial considerations drove medical decisions. Georgia Democratic leaders have asked the state medical board to take disciplinary action against him.

And while the allegations are under investigation, Amin cannot treat women from the detention center — likely creating a significant loss of income as the due date on a $1.2 million loan fast approaches.

The scrutiny of Amin may also have serious implications for Ocilla. 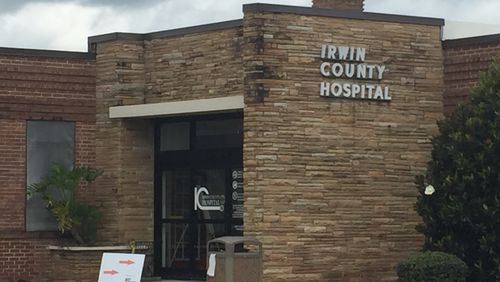 Irwin County Hospital benefitted from a 40% increase in outside medical referrals by the detention center since Amin began performing gynecological procedures on detainees in 2017.

And on the opposite side of Ocilla’s two-stoplight downtown, the detention center provides jobs to about 250 people, making it one of the three largest employers in a county with fewer than 10,000 residents. But immigrant advocates, outraged by the accusations against Amin, want it shut down.

After members of Congress inspected the facility recently, U.S. Rep. Hank Johnson, a Georgia Democrat, suggested people in Ocilla had been complicit in the mistreatment of detainees by failing to hold Amin accountable.

“This community,” Johnson said, “is feeding off of the misery of those detained at the Irwin County Detention Center.”

Amin has delivered two generations of babies in Ocilla and in nearby Douglas, where he lives and his medical practice is based. A Facebook post show two pictures taken 33 years apart; the baby Amin cradles in the first is the father of the infant he holds in the second.

But since the early 1990s, Amin has explored a variety of business interests outside medicine, incorporating at least 17 companies over the past quarter-century. 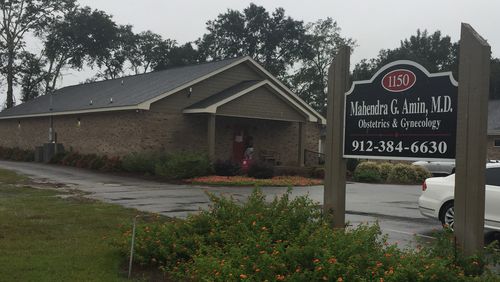 He invested in motels in Douglas, Savannah and Darien, public records show. He bought homes in Macon and Columbus and several properties on Amelia Island, Florida. He operated a convenience store in Columbus and a company that manufactured cargo trailers in Ocilla.

He also created MGA Health Management — MGA represents his initials — and signed an agreement that gave him an option to buy the publicly owned Irwin County Hospital.

He never exercised the option. But in 1996, MGA Health Management took over the hospital’s day-to-day operations. By 1998, court records show, Amin was using questionable methods to boost the facility’s revenue — and, by extension, his own.

“This community is feeding off of the misery of those detained at the Irwin County Detention Center.”

Amin routinely admitted patients to the Irwin hospital from his office in Douglas, 25 miles east in neighboring Coffee County, records show. He even offered some gas money for the trip, which court records suggest could be an illicit inducement. On the way to Irwin, each patient would drive past Coffee Regional Medical Center in Douglas, a larger and more modern hospital.

Doctors, however, rarely went to the Irwin hospital, according to court records. When patients arrived, nurses carried out “standing orders” from Amin and the other physicians, administering medications and performing costly diagnostic tests without even consulting a doctor.

Amin told nurses that any pregnant woman who entered the hospital emergency room —for any reason, regardless of her symptoms — was to be given an obstetrical ultrasound. In at least two instances, pregnant women who presented with bronchitis were given ultrasounds for no apparent medical purpose. Later, Amin or one of eight other doctors would sign paperwork claiming they had seen the patients and had directly authorized or supervised treatments. Medicaid would pay hundreds, sometimes thousands of dollars for each procedure.

After two hospital employees filed a complaint, federal and state authorities characterized the actions as a scheme to submit false and inflated bills to Medicare and Medicaid. The hospital paid a $520,000 civil penalty, but neither the facility nor the doctors, including Amin, admitted wrongdoing. Under the settlement with the U.S. Department of Justice, they remained eligible to bill Medicare and Medicaid for medical services.

The punishment could have been more severe, but government lawyers did not want to drive the hospital out of business, said Mike Bothwell, an attorney for the hospital employees who filed the complaint.

“I thought it was all egregious,” Bothwell said recently.

In October 2015, 10 months after setting the case, the hospital replaced MGA with another management company, although Amin remained on the medical staff. Regardless, he soon turned his attention across town.

With a dwindling population and little industry, Irwin County seized on a new idea for economic development in the mid-2000s. It built a $55 million, 1,200-bed jail, later reaching an agreement to house federal prisoners convicted or accused of crimes, as well as undocumented immigrants whom ICE plans to deport.

The county pays a private company, Louisiana-based LaSalle Corrections, to run the facility. While LaSalle is responsible for routine medical care for detainees, a branch of ICE, its Health Service Corps, reviews more complicated cases to decide whether a detainee should see a specialist or undergo a medical procedure outside the detention center.

The number of outside medical visits soared after Amin began seeing women from the detention center in March 2017 — by more than 40% by the end of 2018, according to ICE records. Only five of the other 114 ICE facilities around the nation reported more outside medical visits than Irwin’s 1,032 in 2018. At another, larger Georgia facility, the Stewart Detention Center in Lumpkin, ICE approved just 151 medical visits during the same period.

ICE has declined to say how many Irwin detainees were taken to see Amin, either at the hospital or at one of his offices, so it is unclear how much of the increase in outside medical treatment can be attributed to him. LaSalle Corrections did not respond to a request for comment.

“Every single procedure has to be approved by our medical team,” said Ken Cuccinelli, deputy secretary of the Department of Homeland Security. “We review each one of these.”

Cuccinelli denied allegations in a whistleblower complaint that Amin had performed numerous hysterectomies on women detained at Irwin. ICE says it authorized two such procedures — but it has not released a count of other surgeries by Amin that sterilized detainees. 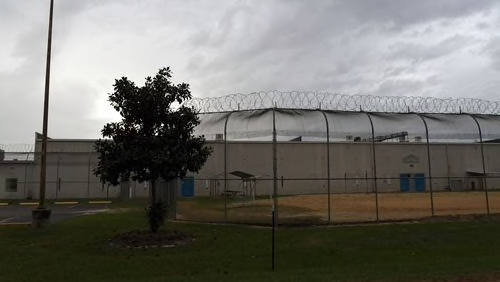 Regardless, Cuccinelli said, “It would be essentially impossible for something like what was alleged to be going on without ICE knowing about it.”

But the detention center’s management began hearing complaints about Amin as early as 2018, when a lawyer for several women reported their allegations.

” ‘Rough’ was the word that was used,” the lawyer, Elizabeth Matherne, said in an interview. “As a woman and just as a human being, that was very concerning.”

Still, officials continued sending detainees to Amin. Some who resisted or complained were placed in solitary confinement or were treated for mental illness, according to lawyers and immigrant advocates.

“Generally, women did not want to direct attention to themselves, to be seen as troublemakers,” said the Rev. Leann Culbreath, an Episcopal deacon who regularly visits detainees.

But as she heard more women’s stories about Amin, Culbreath said in an interview, “it seemed like there was a pattern developing — a red flag that needed to be investigated.”

When 10 members of Congress, all Democrats, inspected the Irwin County facility on Sept. 26, most of the more than 20 women they interviewed recounted what they considered abuses by Amin.

Women said Amin had performed pelvic examinations with his bare hands and had inserted transvaginal ultrasound probes without lubrication.

They said they were in handcuffs at the time.

In case after case, the Congress members said later, women told them Amin claimed they had ovarian cysts that could become cancerous. But when he put them under anesthesia to excise the cysts, they said, he also removed reproductive organs without asking their permission.

Fear of Amin became so pervasive, congressmen and lawyers said, that several women asked to be deported to avoid having to see the doctor.

Amin has made no public statements, but his lawyer, Scott Grubman, said the doctor denies the women’s allegations.

At least one other woman — a guard from the detention center or an employee of Amin’s medical practice —was present for every examination, Grubman said, and interpreters were available for women who spoke languages other than English. Two of Amin’s employees signed affidavits last week saying the doctor fully explained procedures to detainees and denied he had treated any patient inappropriately.

Grubman dismissed claims on social media that Amin targeted women who entered the United States illegally from other countries.

“He is an immigrant himself,” Grubman said in an earlier interview. “He has no animosity toward immigrants.”

On a recent rainy afternoon, patients trickled in and out of Amin’s main office in Douglas, a modern brick building near the local hospital.

Next door, Amin’s latest project is under construction. It’s called the Amin Surgery Center for Women.