County commissioner says he’ll follow through where past officials didn’t.

Hall’s Flower Shop has done business on this part of Memorial Drive — outside the Perimeter, in DeKalb County — for half a century. The low-slung buildings that house the shop and its adjacent garden center sit on five full acres, tucked back a ways from the road.

But they’ve seen a lot.

This five-mile stretch between I-285 and Stone Mountain blossomed into a popular corridor filled with restaurants and in-demand retail, a destination for families and other folks throughout the eastern side of metro Atlanta.

“Every day, I have people that come in and thank us for being here, for being part of the neighborhood,” says Betsy Hall, the flower shop’s second-generation owner. “And I’m proud of Memorial Drive.” 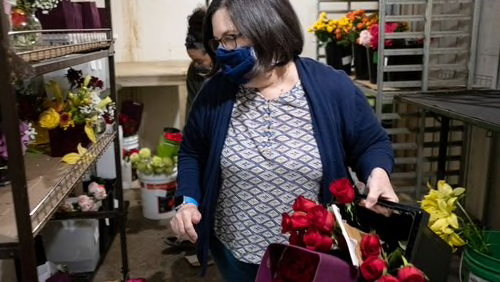 Over the last decade-plus, plenty of politicians have vowed to give Hall, other business owners and residents along the ailing corridor more to be proud of. There have been plans and studies and initiatives, along with promises to spruce things up and get redevelopment going.

And very little to show for any of it.

DeKalb County Commissioner Steve Bradshaw is the latest local leader to give it a shot. And there’s cautious optimism that things could be different this time.

Last month, Bradshaw’s colleagues approved a $175,000 “Memorial Drive Revitalization Plan” that he commissioned last summer. It’s a guide that’s both frank in its assessment of the area — “there are very little inherent conditions that could encourage redevelopment” — and bullish about the possibilities.

“In my opinion, what’s always been missing from the equation is follow-through,” said Bradshaw, who’s lived in the area since the ’80s. “Do a study, wipe your hands clean and move on. And people stop thinking about it until it’s time to run for office again.”

Bradshaw is nearing the end of his first term in office and did not draw an opponent for his November re-election bid. He said Memorial Drive will “without question” be his No. 1 priority moving forward.

Lance Hammonds has lived in DeKalb County since 1984. Sundays used to mean heading to Memorial Drive for a nice dinner, a weekend-capping treat in a neighborhood with lots to offer.

“Things have changed quite a bit,” Hammonds, the leader of a community group called the Rockbridge Coalition, said recently. “We don’t go to Memorial Drive anymore.”

The reasons for decline on this stretch of the once-proud thoroughfare are many.

Hall, the flower shop owner, doesn’t think it’s a coincidence that corporate America began pulling out of the area at the same time white flight was taking hold and demographics were shifting. Lots of other long-time residents and business owners blame the median that was installed in 1990 for complicating access to certain businesses and deterring would-be shoppers.

Whatever the reason, anchor-type entities like Steak and Ale, Chili’s, Kroger and Winn-Dixie packed up and left, hurting the prospects of remaining businesses as they did so.

By 2001, the long-struggling Avondale Mall on the other side of I-285 had officially shuttered. The creation of a county economic development department touted a few years later by then-DeKalb CEO Vernon Jones didn’t help much. And the Great Recession of the late-aughts further cemented the struggles.

County Commissioner Kathie Gannon, whose super district covers most of the Memorial Drive area in question, has been in office since 2005. She said revitalization was one of the first projects she pursued with then-Commissioner Burrell Ellis.

“We tried to pin down a couple developers. Help us, pick an area, we will help you with incentives,” Gannon said. “We could not get any takers at all. None.”

Robert Hanna has lived in the Stone Mountain area for about 15 years. He opened the International Sports Arena, a state-of-the-art training facility for youngsters interested in basketball, volleyball and other sports, on Memorial Drive about a year ago.

It’s next door to flea market-type retailer, and adjacent to another strip center that’s empty except for a storefront church.

“If you’re coming from Alpharetta or Buckhead or Cobb County and you drive to Memorial Drive, you’re going to immediately say either I’ve stepped back in time or I might be nervous driving in this neighborhood,” Hanna said. “And it’s not because it’s a bad area. It’s just because it’s kind of trapped in a lack of progressive movement.”

Hanna’s business has been successful and he’s optimistic about the corridor’s future. As the new revitalization plan points out, the area is not bereft of potential building blocks.

The transit-oriented development now being pitched at the nearby Kensington MARTA station could be a catalyst. Bradshaw and the county are already working on expanding a local park that’s popular for soccer. The massive empty parking lots that abound throughout leave plenty of room for imagination. 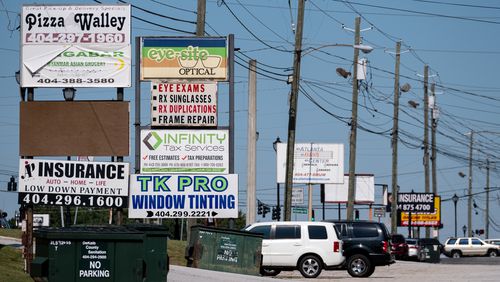 Georgia State University and Georgia Piedmont Technical College also have footprints — and potential consumer bases — in the area. And there’s a sizable Ethiopian community that’s trickled south from the Clarkston area and planted roots, setting up shops and opening restaurants.

The new plan proposes promoting and capitalizing on many of those things, while providing general ideas for improving aesthetics, increasing density and otherwise making the area more appealing to both residents and developers.

It could pave the way for a community improvement district, an organization of local business owners that taxes itself to fund beautification and public safety projects.

“At the end of the day, the market’s gonna drive what happens,” Bradshaw said. “I don’t have a plan in my head for what I want every block of Memorial Drive to look like. I don’t see that as my role.

The plan appears to have nearly universal, if guarded, support from residents and business owners. But there are critics.

Mike Cooper — a member of the District 4 community council, a resident advisory group with members appointed by county commissioners — has dismissed the plan as unnecessary, calling it “a wish list [that’s] not really meaningful.” He’s also suggested that adding the revitalization plan into the county’s larger comprehensive plan is tantamount to approving dramatic zoning changes. 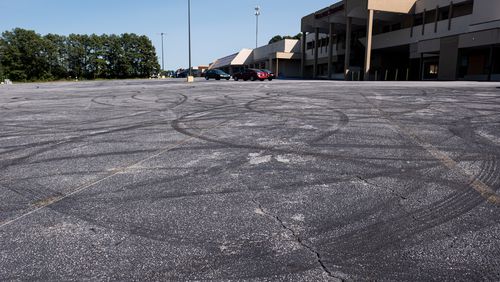 Elsewhere, there is some concern about existing residents being forced out if things come together and redevelopment really gets rolling. As a whole, residents of the area have a median income nearly 40% lower than the rest of DeKalb County.

Given the track record of similar revitalization efforts, those fears may be premature at this point. But they’re something officials say they’ll keep in mind — and an extra reason for residents and community groups to stay involved as things progress.

“It’s just an awesome place to live. We don’t want people to be displaced,” said Zene Berhanu, a longtime resident who works as a community liaison at the Ethiopian Community Association, which recently set up shop right off Memorial. “So we want to continue getting engaged with the process, and other communities as well.”

Hanna, the sports facility owner, believes that any business that makes a good-faith leap onto his stretch of Memorial Drive will succeed, if for no other reason than they’d be the only quality show in town.

At the same time, he said, it’s “self-imposed leadership” among existing residents and business owners that will really turn things around and give the community more control over its future.

“We really need to not just think about the corridor getting revitalized,” Hanna said. “It’s really about taking back ownership of our community.”