Arbor Terrace at Cascade among only 30-some employers nationwide to face Covid-related citations.

The state’s worst coronavirus outbreak at an assisted living facility was at Arbor Terrace at Cascade. There, 54 residents and 36 staff members have tested positive, and 17 residents died.

Now, the Fulton County facility is facing a federal fine for failing to protect its workers. The Occupational Safety and Health Administration, the nation’s workplace safety regulator, is proposing a penalty of $13,494 — OSHA’s ceiling amount for a single “serious” violation, though that can be negotiated down.

Tilafayea Walker, whose aunt, Nancy Finney, died there March 30 at age 73, called the OSHA fine “an insult” — about the equivalent of two and a half months of what the family paid for her aunt to live there.

“If they couldn’t prove that their employees were safe, you know they didn’t take the time out to make sure our family member was safe,” Walker said.

Critics of OSHA, however, point out how rare it’s been for any employer to be penalized at all over coronavirus risks, and the high degree of egregiousness needed just to get federal regulators’ attention.

Though OSHA has received more than 9,000 complaints and more than 1,200 referrals from other agencies about employers putting workers at risk for COVID-19, so far it has issued citations to only some 30 employers across the country — including Arbor Terrace — with its highest proposed fine at $40,482.

OSHA closed most other complaints with no action.

And recently, the agency withdrew the nation’s first OSHA coronavirus citation altogether, after issuing a new legal interpretation which raises questions of whether employers ever have to tell the government about infected workers. That withdrawn citation concerned a Georgia nursing home, Winder Nursing outside Athens.

A spokeswoman for OSHA did not respond to a request for an interview, nor to written questions submitted by The Atlanta Journal-Constitution for this story.

OSHA’s website provides only limited information about the reasoning for the Arbor Terrace citation, which involves a June inspection. It shows that the agency violated a regulatory standard requiring any workplace where employees wear protective masks to have a written respiratory protection program with employee training.

The senior care home is owned by The Arbor Company, which is based in Atlanta and operates senior care facilities in 11 states. In a written statement, company President Judd Harper said the citation involves a March 25 incident where the company lacked written procedures for a specific type of disposable respirator, even though it had procedures in place for other types of masks.

“In the early days of this pandemic, we were in a pitched battle to secure the safety of our residents and staff, and to curb the spread of COVID-19,” the written statement said. “Accordingly, we moved to dispense and distribute the most protective PPE and face masks available as soon as it was available, without regard to whether a written policy for that particular item was in place.”

But Walker said the virus must have entered the facility through employees, and OSHA’s citation points to the company’s lack of care in providing PPE that protects workers and residents alike.

“We just really thought that they already had the equipment and everything that they needed to be able to keep her safe,” said Finney’s sister, Renee Parks. 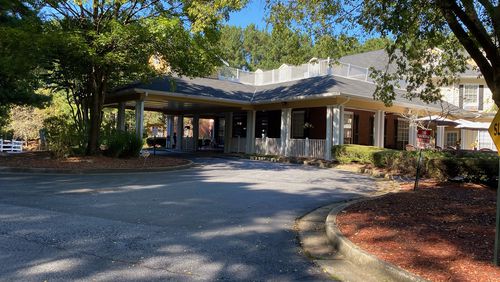 Rebecca Reindel, the director of occupational safety and health for the AFL-CIO union federation, said OSHA’s lack of initiative to protect employees has been one of the Trump Administration’s greatest failings of the pandemic, leaving essential workers little recourse when their bosses put them and their families at risk.

“This administration does not want to force employers to do anything,” Reindel said. “They get a lot of pushback from businesses, and they give in to that.”

For the first months of the pandemic, OSHA inspectors handled complaints by phone and fax, often just advising accused employers to follow federal law, Reindel said. Inspectors didn’t receive instructions for doing in-person site visits beyond healthcare facilities until May. That month, the AFL-CIO sued OSHA because it refused to issue a rule for employers to take specific steps to protect workers or face penalties, but a judge sided with OSHA.

In late May, OSHA cited the Winder home, the first employer cited anywhere in the country for any Covid-related safety violation.

The citation came after OSHA found that operator Winder Nursing failed to report within 24 hours that six employees had been hospitalized with COVID-19. Instead, the facility reportedly waited more than two weeks.

Initially, OSHA proposed a $6,506 penalty for an other-than-serious violation, then it was negotiated down to $3,904.

The citation was dropped last week, when OSHA published new “frequently asked questions and answers” for employers on when to report hospitalizations and deaths. Such self-notifications are what often prompt OSHA inspectors to make a site visit and evaluate safety precautions. 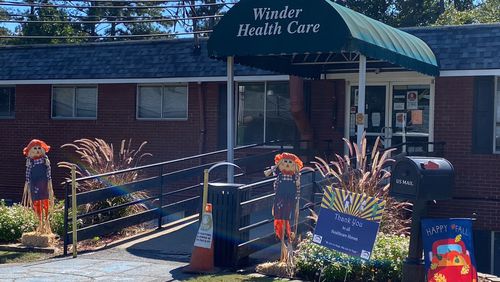 An “incident,” OSHA determined, isn’t an employer finding out about a hospitalization, but the exposure itself.

That’s a near-impossible scenario, said Colin Smith, a clinical assistant professor at Georgia State University’s School of Public Health. People exposed to the virus typically don’t experience symptoms or test positive for days after exposure, much less make a trip to the hospital that quickly, he said.

“The burden of proof has been set so high, that this appears to be another pro-business endeavor to excuse non-reporting,” Smith said.

Winder Nursing did not respond to messages from the AJC seeking comment.

Georgia employees have yet another disadvantage. As in many states, the governor signed legislation this year shielding businesses and health care providers from negligence lawsuits, as long as they follow social distancing, disinfection and other safety protocols outlined by public health officials. Coupled with OSHA’s hands-off approach, workers are on their own, Reindel, of AFL-CIO, said.

“On the front end, you’re not getting the protections that you need, because there’s no standard,” she said. “On the next end, when your coworkers are sick and dying or going to the hospital or whatever, it’s not getting reported to anyone, so nobody’s being flagged.”