By Bob Townsend, For the AJC #atlanta-ga (CNT)

When Roberts split to open Community Q in Decatur, he brought his sides with him — including the most famous one, a rich baked macaroni and cheese made with fat rigatoni pasta; sharp cheddar, Monterey jack and Parmesan cheeses; and heavy cream.

Other equally crave-worthy offerings include tangy chopped slaw, baked beans with burnt ends, collards with pork and pot liquor, and black-eyed peas with rosemary and bacon. 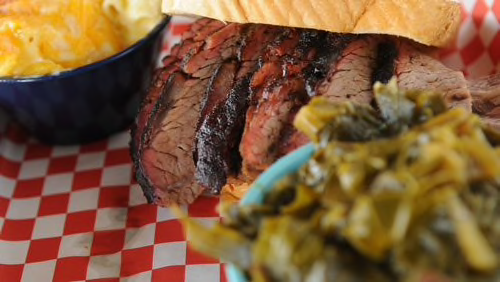 As great as the sides are, Community Q is serious about smoked meat, too.

I’m partial to the near-perfect pulled pork and tender beef brisket, but meaty St. Louis-style ribs, bone-in or shredded chicken, chicken salad, mild smoked sausage, and even the sloppy Joe have their fans. 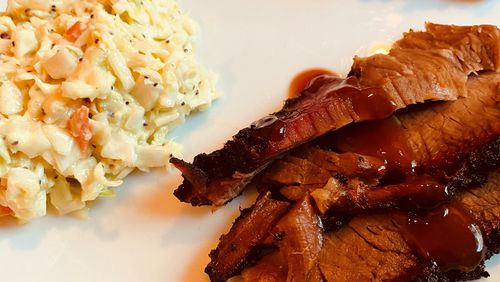 “There are a number of things that I’m super proud of, and the consistency of the sides and the freshness of the sides is big part of that,” Roberts said recently.

Roberts noted that he and Community Q partner Stuart Baesel, who also worked at Sam & Dave’s, always have been dedicated to supporting local farmers.

“Stuart and I worked together at Seeger’s,” Roberts said. “I’m still great friends with farmers I met way back in 1991, when I was in charge of ordering for Gunter. I developed relationships with them, and felt a kind of obligation to support them. They’re still part of our daily lives, and they’re friends as much as they’re vendors.”

Community Q switched to takeout at the beginning of the pandemic. Since then, Roberts said, it’s been a struggle.

“Sales are down 55%,” he said. “We had to lay some people off. We’re only open five days a week. But, at the end of day, the financial aspect of it is the same, if not a little better, as far as profits go. It’s harder, though. And it’s not fun. It’s not fun at all. I didn’t realize how much I would miss the gratification of seeing people eat and enjoy the food, and have that interaction.”

In addition to missing the regular stream of dine-in customers, Roberts said catering is way down, while costs have risen.

“The big number is that sales used to be 60% credit card; now, it’s over 90% credit card, and the processing fees are killers,” he said.

Also, he said, “the cost of white beans and black-eyed peas is crazy, brisket tripled, pork doubled, chicken is insane.”

Looking ahead, Roberts admitted he didn’t have a clue.

“It’s hard to imagine what’s going to happen next week, let alone six months from now,” he said. “We bought a building that was intended to be our commissary and catering facility. … But, the last thing I want to do right now is overextend myself. Let’s get through Thanksgiving and Christmas and flu season, and see what happens.”

Alcohol: no; sweet or unsweet tea, lemonade and soft drinks only

What I ordered: pulled pork; sliced beef brisket; St. Louis-style ribs; slaw; macaroni and cheese; baked beans; black-eyed peas. Meats and sides were packaged in separate containers, and traveled well. It was all very good to great, but the bark and bite of the pulled pork, doused with spicy Eastern Carolina-style sauce, and the decadent, creamy mac and cheese were favorites.

Service options: takeout only; phone or email orders; ordering the day before encouraged