By The Associated Press #local-all (CNT)

NEW ORLEANS — At a time of intense scrutiny in America over who is commemorated in public parks or in front of courthouses, the Andrew W. Mellon Foundation announced Monday it is spending $250 million over five years to build new monuments or memorials, add context to already-existing ones and relocate others.

The money comes while the U.S. has been grappling with what to do with monuments such as the array of Confederate memorials located mostly in the South that many people find offensive or statues of explorer Christopher Columbus, who has been denounced for his atrocities against indigenous people. The effort to remove offensive monuments has gained new strength this year amid widespread protests focusing on racial injustice.

But while the project is timely, Elizabeth Alexander, who heads the Mellon Foundation, said it’s actually the culmination of years of work. Alexander has headed the foundation for the last two years and comes to the position with a background in African American studies and poetry. While at a previous position at the Ford Foundation, she helped create an art initiative to address the problem of mass incarceration, and she recited a poem she’d written titled “Praise Song for the Day” at Barack Obama’s 2009 presidential inauguration.

She said the primary focus of the project isn’t the relocating of monuments but instead on helping ensure greater representation of historically forgotten or underrepresented communities. For example, she said less than 2% of the historic sites on the National Historic Register are about African Americans and the numbers are even fewer for Latinx, Asian American or Native American people.

“There are so many stories of who we are that need to be told,” she said. “We don’t have our actual, true history represented in our landscape.”

The money will build on grants the organization has already approved in recent years since Alexander’s arrival at Mellon such as a $5 million donation in 2018 to the National Memorial for Peace and Justice in Montgomery that memorializes enslaved people and the history of lynching in America. 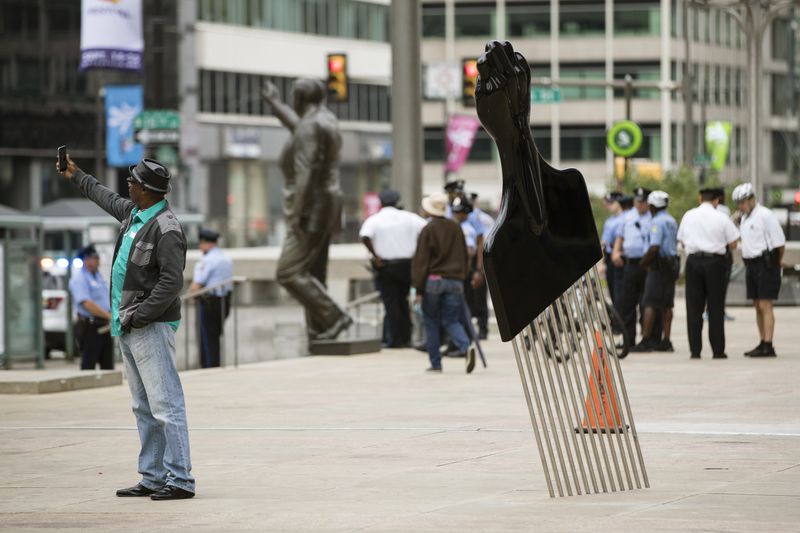 The first grant coming from the $250 million “Monuments Project” will be $4 million going to a Philadelphia-based group called Monument Lab, a public art and history studio that seeks to spark dialogue around who or what has historically been commemorated in public spaces and what future monuments should be erected and what they should look like.

In 2017, the group helped put on an exhibition that put up prototype monuments in Philadelphia’s public squares and parks and also collected thousands of ideas from passersby for future monuments. The group was founded in 2012 by Paul Farber and Ken Lum. Farber said they were both interested in the monuments that existed but also in what was not there.

“We also were interested in the monuments that were missing and the ways that stories that didn’t make their way to the top of the pedestal were still meaningfully present in cities,” he said. 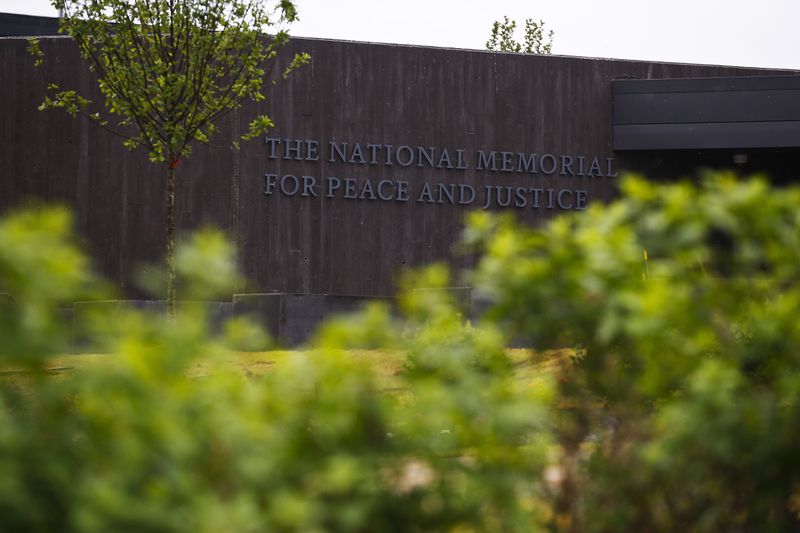 Farber said the money will be “profoundly” transformative for the organization that’s less than a decade old.

One of the first things the money will allow the Monument Lab to do is to conduct a national audit of all the monuments in America during the next six months. Those findings will be released in 2021. They also plan to use about $1 million to open up Monument Lab field research offices in 10 locations across the country. They’ll be an open call for locations next spring. And lastly, he said the group will be able to hire some full-time staff.

Alexander said Mellon was drawn to Monument Lab in part because it shares a similar perspective about the lack of balance when it comes to who is commemorated in public spaces. They also have a broad interpretation of what a monument can be.

“What we’re so excited about and why we wanted to work with them is that they, too, have … a very, very creative and interpretive and broadminded idea of what a memorial, what a monument can be, what different forms it can take,” she said.