As Meymoona Freeman sees it, there are two ways to interpret the Stone Mountain Memorial Association’s decision to cancel its recent board meetings.

The board could be seriously considering proposals to remove, modify or contextualize the Confederate imagery that fills Stone Mountain Park. Or it could be trying to avoid the conversation altogether.

Either way, Freeman said, she and others pushing for change aren’t going anywhere.

“We are here to endure,” she said.

Freeman is a co-chair of the Stone Mountain Action Coalition, a grassroots organization formed earlier this year as the national conversation over systemic racism reached a fever pitch.

The group has lobbied the memorial association — which is mandated by state law to run Stone Mountain Park and maintain a “suitable” monument to the Confederacy there — to adopt an ambitious transformation plan that includes removing Confederate flags, changing street names and letting nature reclaim the mountain’s infamous carving of rebel leaders. 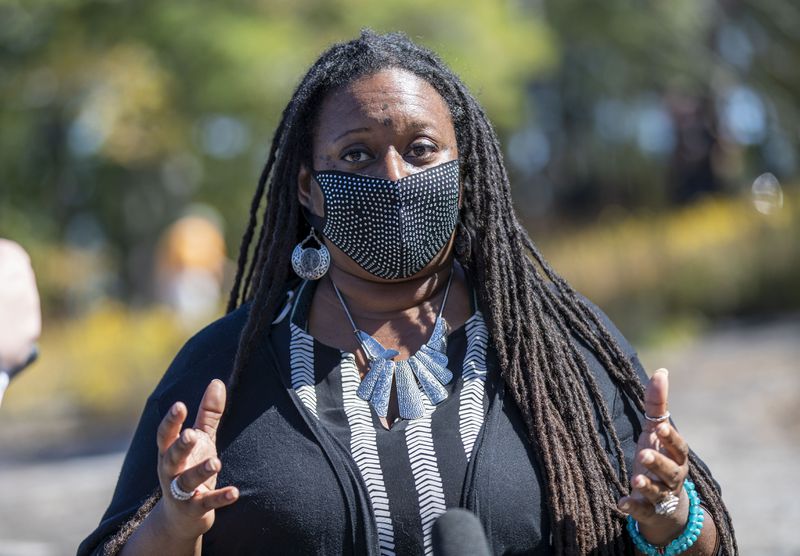 The memorial association’s board of directors had been scheduled to discuss potential changes during a Tuesday afternoon meeting. But it cancelled the gathering, which had already been postponed from an earlier date.

“We had no official business for the board to conduct,” memorial association CEO Bill Stephens said in an email at the time. “The business matters we hoped to address were not ready yet and will hopefully be addressed at the November 16th meeting.”

SMAC, meanwhile, went forward with a Tuesday morning prayer vigil on the mountain. A half dozen faith leaders spoke at the stone plaza at the base of the walk-up trail, Confederate flags flying overhead.

They spoke on themes that included peace, compassion, healing — and endurance. 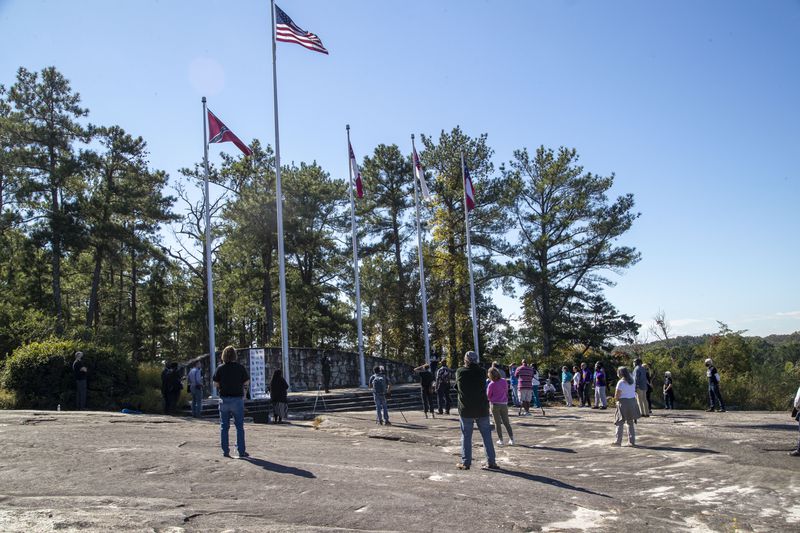