As a coronavirus outbreak threatens the upper echelons of the federal government, Republican Mike Pence came under sharp attack Wednesday from Democratic challenger Kamala Harris over what she called the “greatest failure of any presidential administration in the history of our country.”

The vice president, who also heads the White House coronavirus task force, insisted that President Donald Trump has “put the health of America first,” and he chided Harris for raising doubts about whether she’d accept a vaccine that Trump endorses without the support of public health experts.

“Senator, please stop undermining confidence in the vaccine,” he said.

The sharp but civil confrontation set the tone for the 90-minute debate, the only vice presidential showdown of the 2020 election.

Long an afterthought in American politics, the running mates’ debate took on extraordinary import after Trump was diagnosed with Covid-19 — and offered a reminder that Pence and Harris share the ticket with two of the oldest men to run for president.

The setting at the University of Utah, too, was unforgettable: Organizers staged Pence and Harris more than 12 feet apart, required audience members to wear masks and used plexiglass as a barrier.

Though the two clashed throughout, and often sidestepped questions from the moderator and each other, they also presented a marked contrast from last week’s presidential showdown.

In that tumultuous faceoff, Trump repeatedly steamrolled over both the moderator and Joe Biden, while the Democrat hurled back insults. In this one, moderator Susan Page opened with a recitation of the rules and a pointed plea that “Americans deserve a discussion that is civil.” 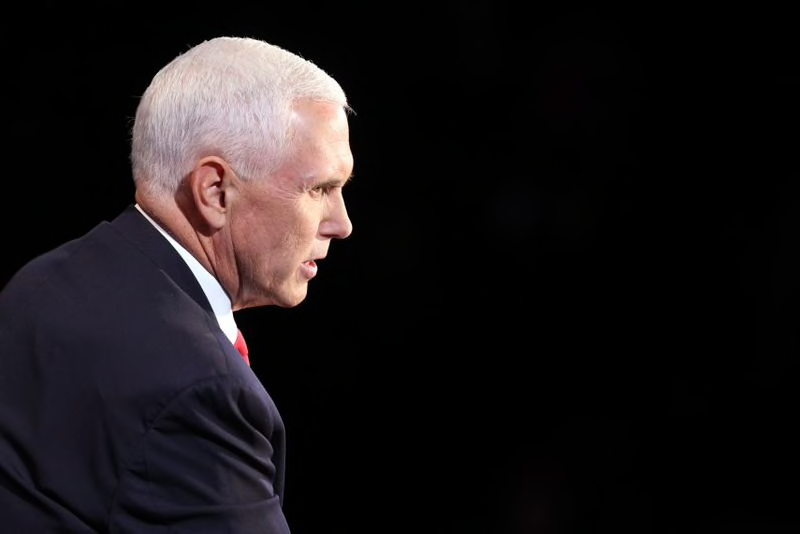 Such was the difference in tone that, to some on social media, the most noteworthy part of the debate was not an angry outburst but a fly that nestled in Pence’s hair as he fielded questions over racial justice.

They tangled at a particularly chaotic moment in American history. A coronavirus outbreak has swept through the West Wing and negotiations over an economic stimulus measure are on hold as job growth stalls and layoffs mount.

Pence came under intense pressure to defend Trump’s message not to “be afraid” of the lethal virus even as it’s claimed the lives of roughly 210,000 Americans and infected more than 7 million others.

Harris, meanwhile, entered the debate aiming to show she’s able to step in as president while challenging Trump’s record on the pandemic. 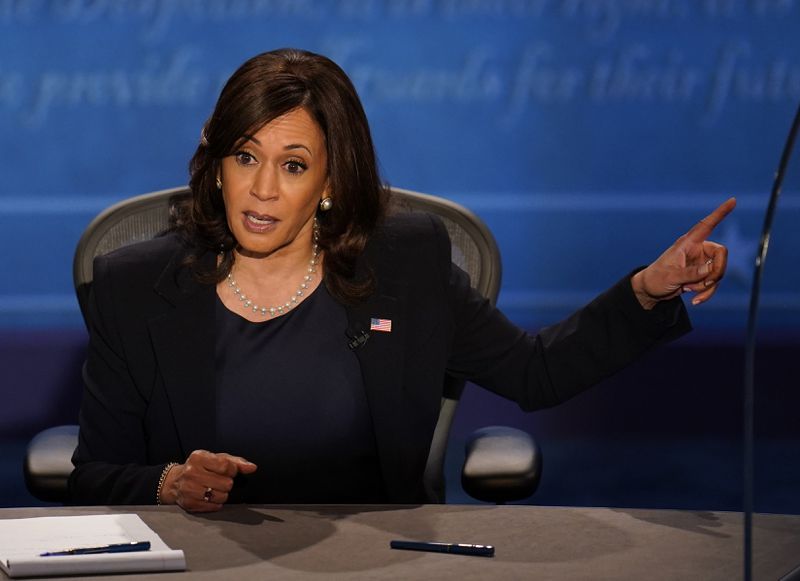 Though Trump has relentlessly tried to shift the race away from the pandemic, the recent outbreak at the White House has rendered that impossible.

With Trump’s diagnosis, Wednesday’s showdown could also be the last debate between the two presidential tickets — and the last chance for both to appeal to the huge national audiences that take in each matchup. Two more presidential debates are scheduled before the November finale, though Biden has raised questions about whether he’d participate if Trump isn’t clear of the disease.

Decades of political scholarship show that vice presidential candidates rarely sway voters, and the two running mates have been overshadowed this campaign by the ongoing clash between Trump and Biden.

But the pandemic — and the advanced age of the presidential contenders — put an added emphasis on the role of the second-in-command. Trump, 74, was hospitalized for three days after he revealed last week that he tested positive for the coronavirus. Biden, 77, would be the oldest first-term president in U.S. history.

Both Pence and Harris dodged a question about whether they’ve talked with the party’s presidential candidate about steps they should take should either become unable to serve.

Instead, the two used their time to discuss more favorable topics: Pence predicted a successful vaccine program; Harris talked about her path to becoming the first Black woman on a major party ticket.

For Pence, it was a chance to showcase his close experience with the nation’s most pressing political crises over four years as vice president and his record, as a former Indiana governor, in executive office.

Harris, who ran for president this year, sought to reassure Democrats that she could stand in for Biden after serving as California’s attorney general and a U.S. senator. 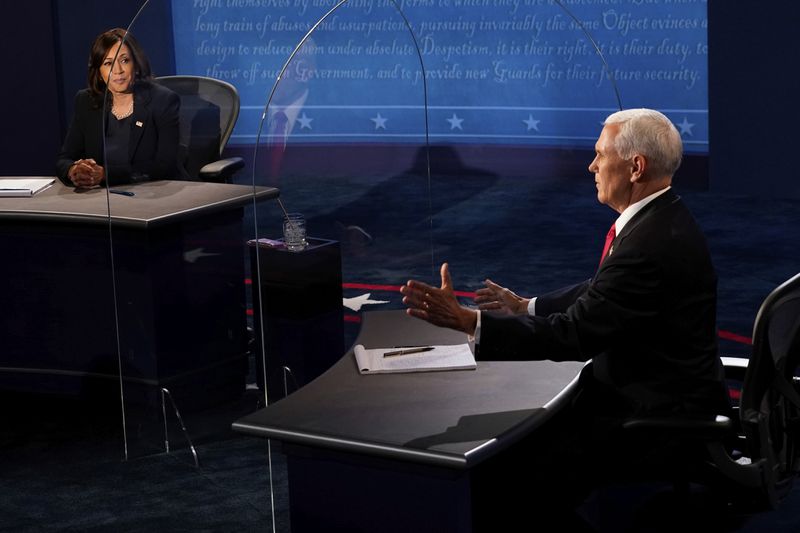 One of the sharpest exchanges involved Trump’s refusal to release his tax returns and The New York Times report that he owes hundreds of millions of dollars in debt while paying little personal income tax.

“He puts it all out there. He is honest. He is forthright,” Harris said of Biden. “Donald Trump, on the other hand, has been about covering up everything.”

Pence countered by describing Trump as an economic savant who has paid more than his share of taxes, before pivoting to criticize Biden’s vow to repeal a package of tax cuts that Republicans pushed through Congress.

“On day one, Joe Biden’s going to raise your taxes,” Pence said.

Eager to shift the conversation from the pandemic, the vice president tried to put Harris on the defensive by questioning whether Biden would increase the number of justices on the U.S. Supreme Court if Trump nominee Amy Coney Barrett is confirmed and Democrats “somehow win this election.”

Biden has not said whether he’d support adding more spots to the nine-justice bench and Harris avoided the question as well, accusing Trump of stacking federal courts with conservative white judges.

“You want to talk about packing the court? Let’s have that discussion,” she said. “Let’s go on and talk about the issue of racial justice.”