By Patricia Murphy – The Atlanta Journal-Constitution

At time, state banned gatherings of more than 10 people.

White House chief of staff Mark Meadows hosted a lavish wedding for his daughter in Atlanta this May, despite a statewide order and city of Atlanta guidelines that banned gatherings of more than 10 people to prevent the spread of the deadly coronavirus.

The wedding took place May 31 at the Biltmore Ballrooms in Midtown Atlanta. The 70 or so guests, including U.S. Rep. Jim Jordan of Ohio, donned tuxedos and ball gowns for the indoor affair, but no masks, as Meadows walked his daughter, Haley, down the aisle through a path of soft white flower petals.

With crystal chandeliers, marble floors and a frame of soaring Roman arches, the lush scene could have come from any wedding magazine — were it not taking place at the height of a global pandemic.

Although the state of Georgia had loosened some restrictions by the end of May, Gov. Brian Kemp’s orders at the time expressly banned gatherings of more than 10 people.

The statewide order in effect — which Kemp signed on May 12 — restricted gatherings of more than 10 people so long as they’re not “transitory or incidental,” or spread out across different locations.

Pictures of the wedding reviewed by The Atlanta Journal-Constitution show groups of people clustered closely together in the same room throughout the evening. Under that emergency order, law enforcement could have potentially written citations to the venue for exceeding the gathering size, state officials said.

The next statewide order, which took effect the day after the wedding on June 1, specified for the first time that event venues and banquet facilities must follow the same safety guidelines as restaurants.

It also raised the number of people allowed at gatherings from 10 to 25 — still a fraction of the number of guests at the Meadows wedding.

The limits now in place, which ban gatherings of more than 50 people, have largely been ignored by state government officials.

President Donald Trump and Vice President Mike Pence recently addressed large indoor crowds of closely packed supporters — many who were not wearing face coverings — in metro Atlanta. And Kemp has flouted his own restrictions by attending recent GOP rallies that drew hundreds of people.

The AJC reached out to Novare Events, which manages special events at the Biltmore and other venues. The company refused to comment on why it allowed the Meadows wedding to go forward. A Biltmore Ballrooms executive also didn’t comment.

Meadows, 61, didn’t respond to multiple inquiries about the wedding, though pictures of the event reviewed by the AJC and a guest page of the event confirm the details. They showed a wedding party that featured 11 bridesmaids and eight groomsmen, who later danced along with the rest of the guests to a live wedding band following a three-course seated dinner.

At the time, Meadows’ absence from the White House for an out-of-town wedding was noted in several media reports detailing how the president was responding to protests demanding an end to police brutality. 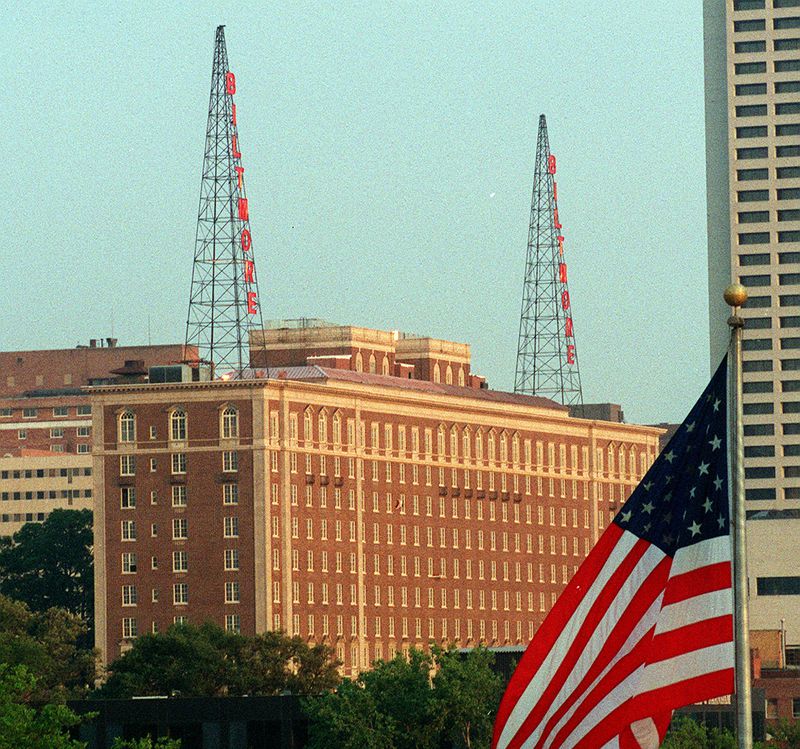 Meadows rose to prominence on Capitol Hill as a North Carolina lawmaker and outspoken member of the House Freedom Caucus. He assumed the role as Trump’s chief of staff on March 30, just weeks into the nation’s coronavirus crisis.

Concern over the pandemic’s rapid spread upended every facet of American life, including closures of Georgia schools, stores, entertainment venues, universities and all but essential businesses, some of which remain closed today.

Even as COVID-19 infections and deaths rose across the country during the spring and summer, White House staff, including Meadows, were photographed failing to observe basic public health protocols, including social distancing and wearing masks.

In the past week, Meadows has come under intense criticism for his leadership at the White House as an outbreak of the virus has swept through the West Wing.

A Sept. 26 ceremony in the Rose Garden announcing the nomination of Amy Coney Barrett to the U.S. Supreme Court is now linked to the spread of the disease that has infected the president; his wife, Melania; former New Jersey Gov. Chris Christie; two U.S. senators; and multiple other guests.

Photographs of the event and a private indoor reception show few of the 200 guests wearing face masks or practicing social distancing, which public health experts have long stressed as essential safeguards to contain the illness.