Two men face murder charges stemming from a weekend shooting that left a teenager dead and five others injured at a discount store in northwest Atlanta, police said Friday.

Officers received a call about several people shot at the store and arrived to find two men with gunshot wounds. They were later identified as 31-year-old Cartez Gibbs and 19-year-old Devontay Barnwell. Both victims were taken to the hospital, but Barnwell later died of his injuries. 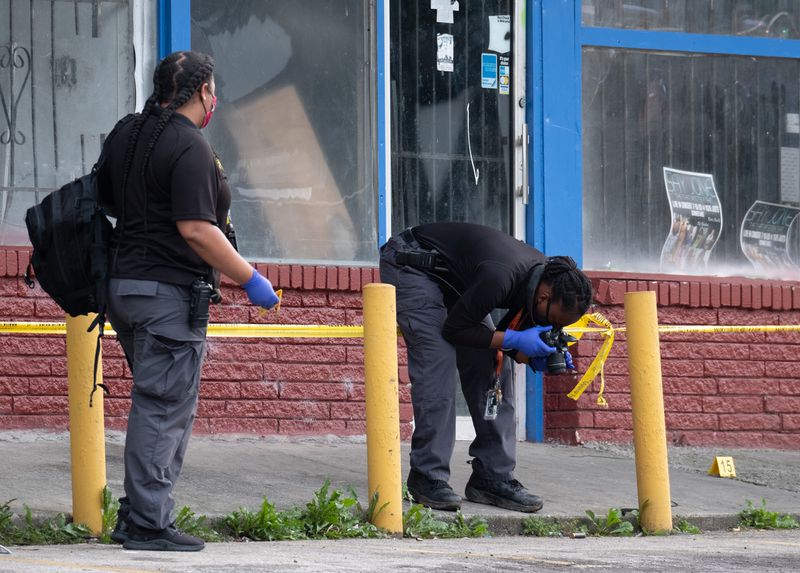 Witnesses told police a vehicle pulled up outside the store, and that three men went inside and started shooting, investigators said Sunday. People inside the shop returned fire, and gunfire continued outside the business and as people ran across the street.

“While investigating the shooting, officers were advised of four additional people shot that had all left the scene after the incident,” Atlanta police spokesman Sgt. Jarius Daugherty said in a news release.

One man, Joshua Jones, was discovered on Lanier Avenue. The three others — Curtis Coffey, Curtincia Jones and J-Mya Jones — were located on Morris Brown Avenue, police said. They were also taken to the hospital.

Curtincia Jones, 13, was listed as critical over the weekend, but police said Friday that she is expected to survive.

Investigators later determined that Joshua Jones and Coffey were responsible for the shooting, which stemmed from a fight inside the store, Daugherty said.

Arrest warrants were issued for both men and they were taken into custody Thursday on Morris Brown Avenue.

“The investigation into this case is still ongoing, however we feel that it is important to recognize the units involved in making these arrests due to the recklessness displayed by these suspects,” the release said.

Anyone with information about the case is asked to call Atlanta police. Tipsters can remain anonymous, and be eligible for rewards of up to $2,000, by contacting Crime Stoppers Atlanta at 404-577-8477, texting information to 274637 or visiting the Crime Stoppers website.