By Tamar Hallerman, The Atlanta Journal-Constitution

It was supposed to be Buzz Busbee’s year.

The owner of Atlanta apparel company ABetterBuzz had plans to triple the number of shops selling his “tongue-in-chic” designs in 2020. Business was going so well that Busbee was hunting for his first brick-and-mortar storefront.

Then came the coronavirus. Purchase orders for his spring collection were canceled virtually overnight, and boxes of merchandise began collecting dust at his home. For the first time in years, the blue-haired entrepreneur also didn’t design a special T-shirt for the Atlanta Pride festival.

Like countless other small businesses across metro Atlanta, many LGBTQ-owned companies have been forced to scale back hours, operations and staff during the pandemic. Others have put expansion plans on hold or needed to pivot entirely.

The losses will be felt even more acutely this weekend, when the city’s LGBTQ community was scheduled to converge in Midtown for the annual Pride festival, a multi-day fete that typically attracts tens of thousands of revelers, activists, corporations and Democratic office-seekers. This year marks the 50th anniversary of the event in Atlanta.

Many small businesses had been counting on the street festival for new customers and a sizable chunk of their annual sales. Hopes were dashed when the mayor’s office issued a moratorium on permit applications for large outdoor events and Pride’s organizers opted to move the festival online.

“It’s an event that means a lot to people, and it’s going to be difficult if not impossible to really replicate the feeling of being in community (this) weekend, but ultimately safety is our highest concern,” said Jamie Fergerson, executive director of the Atlanta Pride Committee. 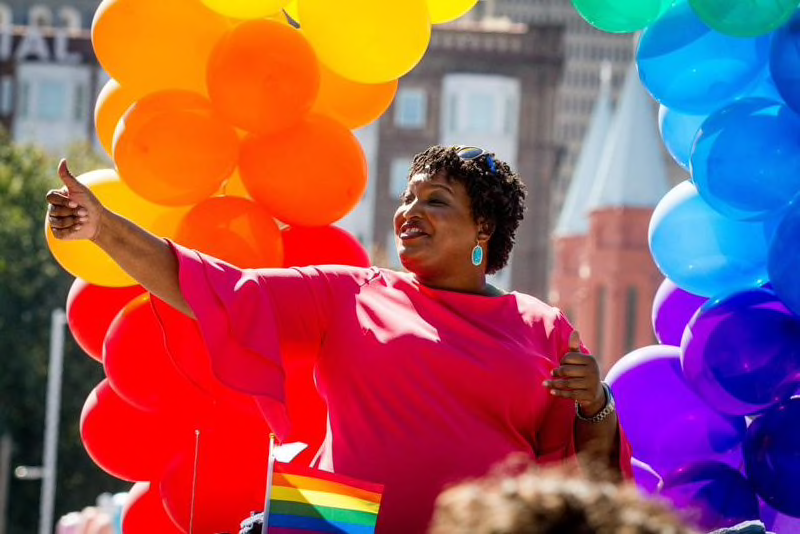 Perhaps no industry has seen as much uncertainty as hospitality. Many of the city’s LGBTQ bars and restaurants shut down in March and furloughed or laid off employees. When they reopened, some struggled to strike the right balance between safety and economics.

In the heart of Midtown, overcrowding has been a problem at popular gay bars during weekends and evenings. Despite stepped-up sanitation protocols and expanded outdoor spaces, several closed briefly this summer for deep cleaning after patrons or employees tested positive for COVID-19.

“This is, frankly, a very confusing and difficult time for nightlife for customers and business owners alike,” the Cheshire Bridge nightclub Heretic wrote on its Facebook page as it announced it was temporarily suspending scheduled events in late June.

Gilbert Yeremian, the owner of the restaurants G’s Midtown and 10th & Piedmont, said he’s struggled with some customers who don’t take social distancing and other public health precautions seriously.

The intersection at 10th St. and Piedmont Ave., marked by rainbow crosswalks, is a popular gathering spot for the city’s LGBTQ community. The Pride parade passes through it on its way to Piedmont Park.

Sales were “dismal” during the early days of the pandemic, Yeremian said. He furloughed most of his staff, keeping three on board to fulfill to-go orders, and profits were at almost zero.

“You have very small margins” in the restaurant business in non-pandemic times, he said. “When you’re restricted, even a little bit, you have no shot at a profit.”

He counts himself lucky: He received government support and had a sympathetic landlord. He brought on a consultant to help with compliance for new COVID regulations and considerations. But he says business is still down from last year, and the cancellation of Piedmont Park’s biggest annual in-person events, including Pride, the Dogwood Festival and Music Midtown, has led to a six-figure sales loss, not to mention thousands of dollars in lost tips for his staff.

“The world is changing so fast,” Yeremian said. “We brought our staff back. We’re trying to still adapt.” 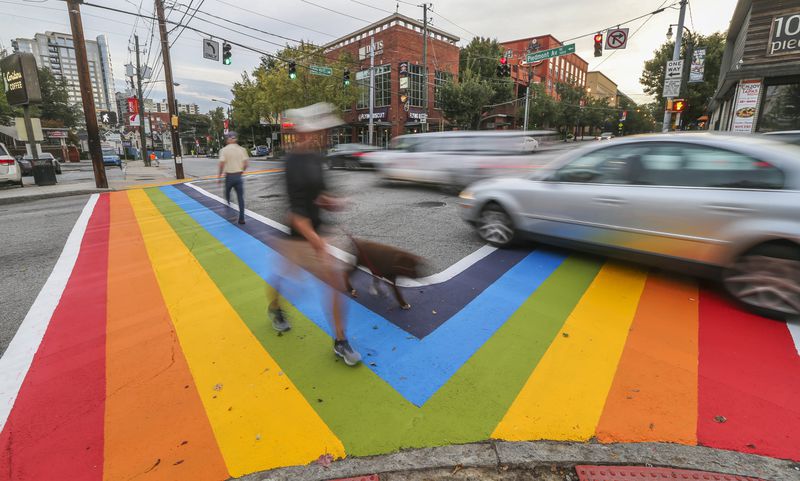 Chris Lugo, executive director of the OUT Georgia Business Alliance, said segments of the gay community — including manypeople of color, HIV-positive and transgender people — are more vulnerable to COVID-19 due to discrepancies in health care access and other factors. He’s “absolutely concerned” about losing some of the city’s most beloved businesses for good.

“When you think about bars, restaurants, they were originally safe havens for the LGBTQ+ community,” he said. “That was where they could find community and find folks like them and feel perhaps that they were in a safe and welcoming environment.”

His group has encouraged consumers to learn about the city’s gay-owned businesses and patronize them. But Lugo is worried that without additional emergency aid from Washington — economic relief talks recently broke down on Capitol Hill — local companies could suffer even more.

Some businesses already have bounced back.

Busbee, the apparel company owner, received a federal loan and continued to sell his spring and summer collections online, donating 15% of proceeds to the Giving Kitchen, which provides emergency assistance to food service workers in Georgia.

Despite the cancellation of this year’s street festivals, the source of upwards of 40% of ABetterBuzz’s annual revenue, Busbee said he has been able to almost completely match his sales from last year.

To make up for the absence of a Pride festival T-shirt, typically one of ABetterBuzz’s bestsellers, Busbee designed a smaller election-themed collection. He’s also helping the Atlanta Pride Committee with its branding for its online festival this year.

“We’ve been really fortunate with how people have stepped up for small businesses,” he said. “I’ve never seen anything like that, just the amount of support that I can visibly see from this community of people.”

-The 50th annual Atlanta Pride festival will be taking place online at atlantapride.org. All in-person events, including the parade, have been cancelled due to COVID-19. Virtual events are scheduled throughout the Oct. 10 weekend, including music, children’s programming, artist and author talks, workshops and an online marketplace. The Starlight Cabaret, the drag show that closes out the festival, will air at 7 p.m. on Oct. 11.

-The city’s Pride festival traces its roots back to 1970, when a group of activists from the Georgia Gay Liberation Front handed out flyers at the Piedmont Park Arts Festival. The first march occurred in 1971 on Peachtree Street.

-Atlanta is unique for holding its Pride festival in October. Most festivals in other cities are held in June, a nod to the 1969Stonewall Uprising in New York City, a tipping point in the gay rights movement. More than a decade ago, organizers of Atlanta Pride opted to move the festival to the weekend of National Coming Out Day after a drought caused the city to limit permits for Piedmont Park one summer.