By Vanessa McCray, The Atlanta Journal-Constitution

In her Marietta garage with a green backdrop and a tripod, Jen Hagerty records the exercises she shares with her students during virtual physical education classes.

Atlanta school buildings closed in March amid the coronavirus pandemic. So did their gymnasiums. Physical education classes, just like math and reading, moved to living rooms and laundry rooms, bedrooms and backyards.

For Oli, and his twin siblings Elsie and Henry in second grade, it’s one of the best parts of the at-home school day.

“There’s lots of burpees and jumping jacks and mountain climbers,” said their mother, Cat Hoelker, who’s impressed by the classes, though she joked it sometimes feels like the house is about to collapse.

Because students are spending much time at computers, exercise is an important part of the school day. Physical education teachers are adapting in ways that stretch their imagination, skills and stamina.

They’re repurposing socks and towels to replace the balls and mats some students don’t have at home. Trash cans stand in for basketball hoops. Classes involve a mix of prerecorded exercise videos and live instruction, water breaks and dancing. 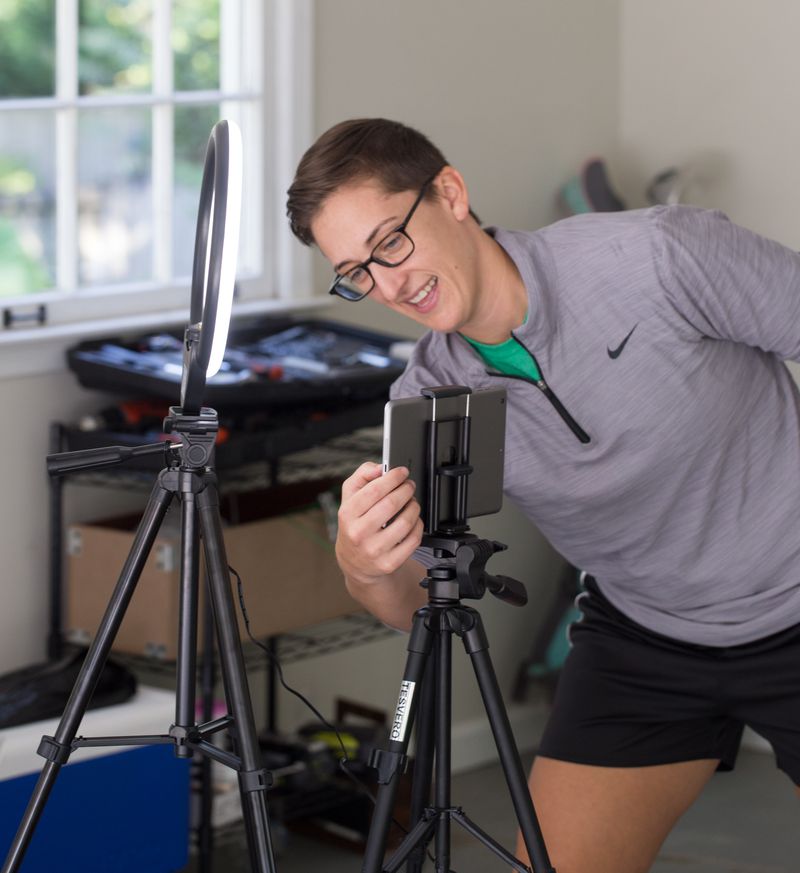 “I’m sure that my neighbors think I’m crazy,” Hagerty said of the workouts she does in her makeshift garage studio.

Still, she said, it’s worth it to see her students having fun: “It’s important for them to feel loved and safe and happy.”

Jamila Serrette, a physical education teacher at the Kindezi School at Old Fourth Ward in Atlanta, found that the virtual format allows her to tap into other interests, such as animation and voiceover work.

“The biggest challenge is not having a camera crew,” she said.

On a recent afternoon, she greeted students as they joined her live class. Each box in the Google classroom filled with a small, smiling face. Or sometimes just knees and feet.

The next 45 minutes flew by.

She urged one student to get out of bed. She complimented another on his energetic performance of the floss dance. She transformed the classic kids’ game red light-green light into a Spanish lesson.

“Who wants to come off mute, raise your hand and tell me the Spanish word for green?” she asked and then called on Amari McDowell.

“You are so amazing. You speak two languages,” she said.

While pretending to be Captain America, students held up pillows as shields. During a cool-down exercise, little arms stretched to the sky.

Doing different activities is one key to a successful virtual PE class, said Brian Devore, vice president of physical education for the Georgia Association for Health, Physical Education, Recreation, and Dance. So is the use of technology.

They’ve also had to improvise. Some schools had money to assemble take-home kits with juggling scarves, bean bags and jump ropes. Others taught kids to bunch up their socks to make a ball or turn couch cushions into targets.

“Most of the things that I do, they don’t need equipment,” said Chaz Lewis, who teaches at Hutchinson Elementary School in Atlanta. He does a lot of calisthenics to get students moving.

In Crayton Peterson’s online classes for Stoneview Elementary School in DeKalb County, students learn math lessons as they do situps and pushups. His students also love the renegade, a popular dance on the social networking site TikTok.

“Many students in our school can’t afford certain things. They don’t have balls, space, things like this,” he said. “What they do have is themselves, and they have energy.” 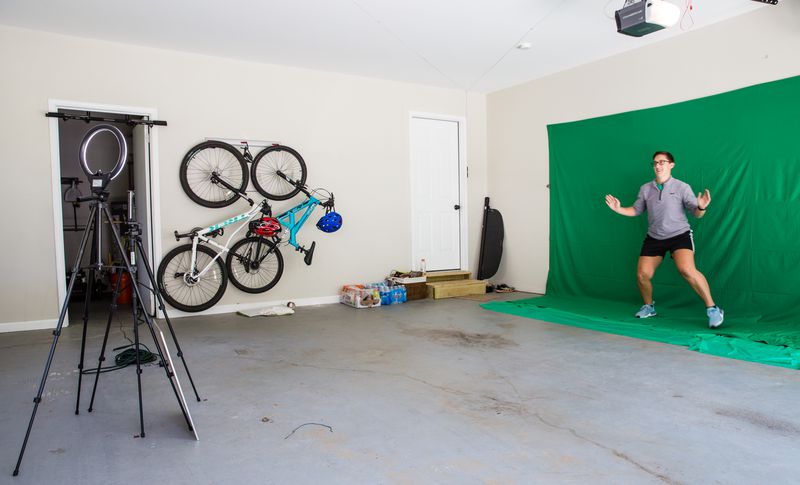 The Hoelker children said the Springdale Park classes taught by Hagerty and fellow physical education teacher Jason Harrison are challenging. Henry recalled an exercise involving superhero students defeating villains. Elsie likes the Disney-themed activities, especially when students pretend to wear ice skates as they move from side to side like a character from “Frozen.”

Springdale Park parent Amy Harward watched her child’s first-grade class practice a different yoga pose for every animal they encountered in a book. The students were sweaty and attentive, she said. While virtual learning can be challenging, it’s been fun to listen in on the PE classes.

“For that 30 minutes, I want them to forget what’s going on in the world and just get excited about exercises,” he said.