By Wendell Brock, For the AJC #atlanta-ga (CNT) City News And Talk

One chef uses Zoom to teach students how to make his Chinese-Malaysian mother’s steamed dumplings. The charge is $50.

A family-owned restaurant group that traditionally focused on Spanish and Italian cuisine brings in a New York chef to do a sushi pop-up. Planned as a short-term project, the omakase experience is so well received it spawns a new restaurant.

Welcome to the world of restaurant-industry survival in the age of COVID-19. Faced with grim sales and an uncertain future, a clever contingent of Atlanta chefs and restaurateurs has devised new ways to make money and keep employees on the payroll.

Everywhere you look, restaurants have fashioned pop-ups, in-store markets, wine boutiques, virtual cooking events and, in some cases, new stand-alone businesses. Here’s a look at some of the more intriguing innovations.

For monthly dues of $25 (home chef level) and $75 (VIP level), clients get access to online cooking classes, original recipes, a monthly bottle of wine, special events and other perks. “We have about 30 members, and, yes, we are making a little money,” Hsu said.

The Lazy Betty staff produces the Zoom courses. So far, they’ve staged two cocktail classes, a pasta carbonara tutorial and a segment with Hsu cooking his mother Betty’s pork and shrimp dumplings. “It gives them a chance to ask questions and get their hands dirty,” Hsu said. While the online classes are free for VIP club members, anybody can sign up, for a fee.

Hsu, who has seen revenues dip by as much as 70%, said: “When numbers are down this much, you have to claw and scratch everywhere you can to stay afloat.”

In April, Wagaya owner Takashi Otsuka started selling Japanese beer, sake, snacks, frozen dumplings and desserts out of Chirori, his 14th Street restaurant, which had been shuttered by COVID-19. 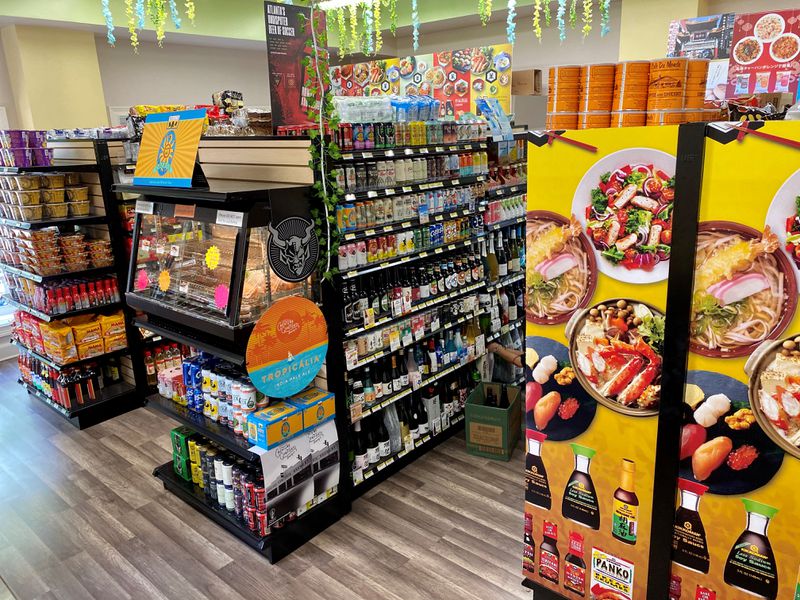 To his surprise, customers starting requesting unusual Japanese items, like natto and yamaimo (yam). He knew then that his patrons weren’t just interested in a Japanese convenience store, but, rather, a carefully curated Asian market.

By August, the new, expanded Wagaya Groceries had opened on the lower level of Otsuka’s Wagaya restaurant next door. Today, it offers more than 1,000 Asian products, including fresh fruits, vegetables, prepared foods and sashimi-grade fish for making sushi at home.

This has helped him rehire old employees and add new ones, including a single mother of four who manages the grocery. At the same time, Chirori — originally a high-end spot for sake and robata pairings — has relaunched with four new employees and a more approachable menu of yakitori and kushikatsu (breaded and deep fried skewers). 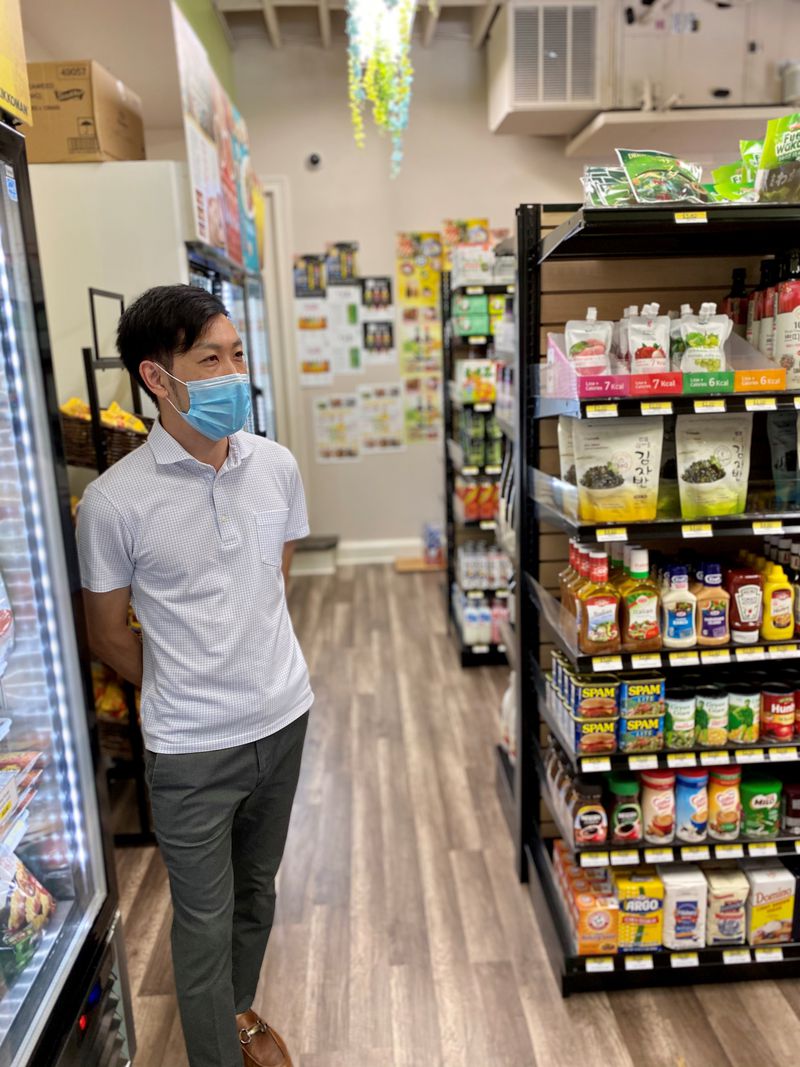 “It’s becoming like Little Tokyo in west Midtown, having three Japanese businesses in one building,” said Otsuka, a native of Saitama, Japan. “It’s a great ripple effect, where one customer becomes the customer of the other business.”

Just recently, a group of Japanese-culture lovers drove in from Macon. First, they had lunch at Wagaya. Then, they retired to the store downstairs to do a little shopping.

When the pandemic hit in March, Federico Castellucci III had a guiding mantra: “Basically, ‘adapt or die’ was my mentality from the very beginning,” said the president and CEO of the family-owned Castellucci Hospitality Group, which runs seven Atlanta restaurants, including Sugo in Johns Creek, Iberian Pig in Decatur and Buckhead, and Bar Mercado at Krog Street Market.

His marching orders to managers and chefs: Think outside their cuisine. “Just forget the name on the restaurant. We are not Spanish tapas or Basque or Italian. Make the food that people want. Make food that travels well. Make food that comforts people, and let’s do it in such a way that works for e-commerce.” 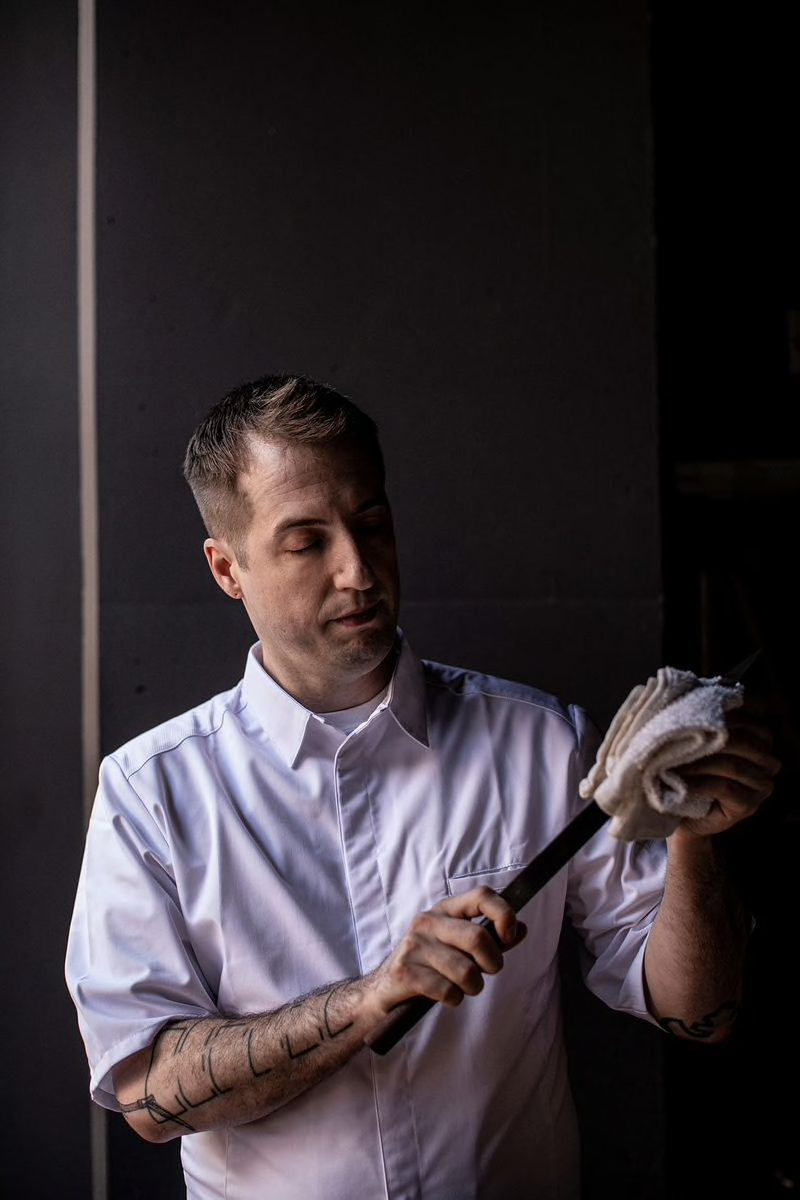 From this edict came a series of pop-ups at Cooks & Soldiers, including Castellucci & Sons Steakhouse and a Yom Kippur family meal. But, the one that stuck was Mujo, a high-end omakase sushi experience from New York chef J. Trent Harris. The to-go-only endeavor was so successful that the Castelluccis plan to open a permanent Mujo restaurant.

Castelluci won’t say where, but a space has been identified on the Westside, near Cooks & Soldiers, and two more sushi chefs have been recruited from New York. “It’s kind of insane to be opening one of the most expensive restaurants in the city of Atlanta in the middle of a pandemic,” Castellucci said.

And, yet, for him, it’s a passion project, something unique to the city, and a way to help his company navigate these extraordinary times.