Kettering residents showed their support for presidential candidate Joe Biden and down-ballot Democrats Saturday afternoon by walking up and down Dorothy Lane with campaign signs as part of a statewide event called “Stridin’ with Biden.’ At least 13 metropolitan areas in Ohio participated. In the Dayton area, there were events in Kettering, West Dayton and Springboro. The Kettering event was jointly hosted by District 10 Indivisible for All and the Montgomery County Democratic Party. According to a press release, the event was held “in response to (President Donald) Trump’s false assertion that residents should fear a Biden administration.” 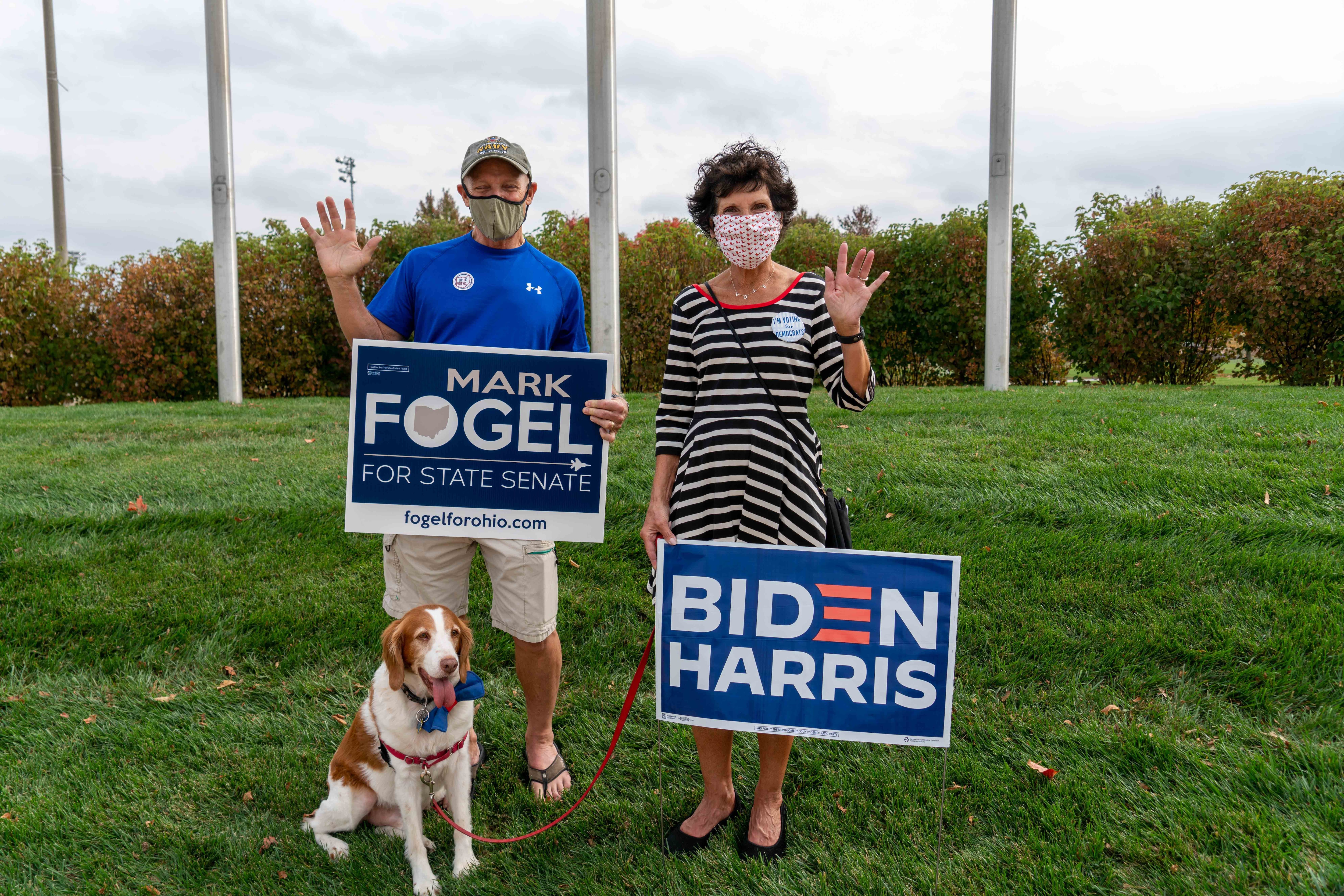