By Helena Oliviero – The Atlanta Journal-Constitution

Hospitalized patients who took the experimental antiviral drug remdesivir recovered from COVID-19 faster than those who took a placebo, according to a report published this week in the New England Journal of Medicine.

The study confirmed preliminary results that showed promise for the drug made by Gilead Sciences biopharmaceutical company.

In May, the U.S. Food and Drug Administration granted emergency approval for remdesivir to be used as a treatment for COVID-19 patients who were severely ill. Three months later, the FDA expanded the emergency authorization to include all COVID-19 patients.

“Patients got better faster. They went home earlier,” Dr. Aneesh Mehta, associate professor of infectious diseases at the Emory University School of Medicine and a co-author of the report.

Mehta’s team was also pleased by the lower mortality rate.

The drug’s effects were studied in 103 patients at Emory, a higher number than any other medical facility involved in the study, said Mehta, who was the lead investigator at Emory.

Remdesivir is currently administered intravenously. It was most effective during the first 10 days of infection.

Among the key findings of the study:

Hospitalized patients who received remdesivir recovered from the disease in 10 days on average, five days faster than those receiving placebo.

There were also benefits seen for patients on supplemental oxygen when they started taking remdesivir. Those patients continued on oxygen for fewer days – 13 days, compared to 21 days for those receiving placebo.

While the study was not designed to analyze mortality rates, the analysis found 11.4% of patients on remdesivir died by day 29 compared to 15.2% who took the placebo. 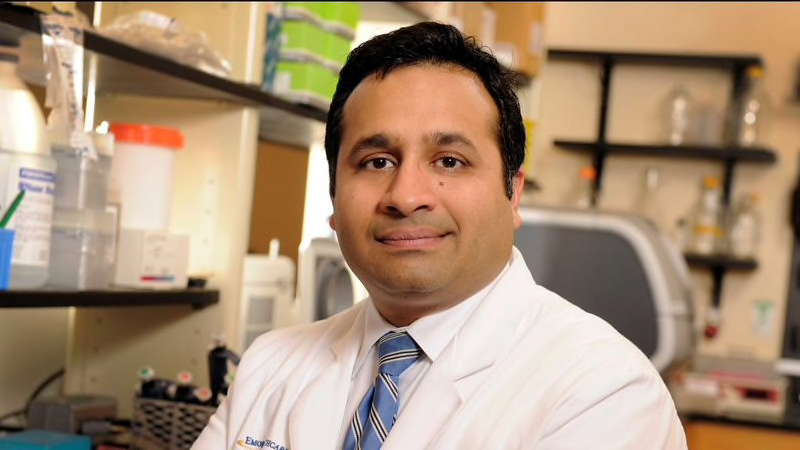 Remdesivir was among the treatments President Donald Trump received after being diagnosed with COVID-19. In addition to remdesivir, Trump also received an experimental antibody cocktail from Regeneron Pharmaceuticals, supplemental oxygen and dexamethasone, a common steroid usually given to patients with severe COVID-19 illness.

Remdesivir works by stopping or interrupting the virus’ ability to multiply and infect more cells in the body. The trial — which took place at 60 sites and 13 subsites, mostly in the United States but also in Europe and Asia — enrolled 1,062 patients. Of those, 541 received remdesivir; 521 received a placebo.

The Emory team recently completed the second phase of its remdesivir research, which largely consisted of studying the drug’s effectiveness with other medications. Mehta said they hope to report some results in a few weeks.

He also said one key in future research of remdesivir and other COVID-19 treatments should be discovering ways they can be administered in patients orally.

While there have been reports in the past of extremely limited supplies of remdesivir at metro Atlanta hospitals, Gilead Sciences announced it is ramping up production to keep up with demand.

“It’s one step toward figuring out the right approach to COVID-19,” said Mehta.