The police department revamped its policy on search warrants on Jan. 3, requiring uniformed cops with body-worn cameras to be on entry teams, among other changes.

Chicago police officers execute a search warrant in 2008 in the 2800 block of South Christiana Avenue.

Gov. J.B. Pritzker says he wants to ban no-knock search warrants in Illinois, but Chicago police officials say they rarely conduct those kinds of raids and have revamped their search-warrant policy as part of a risk-management evaluation.

Pritzker announced his proposed reform this past week in reaction to the no-knock warrant for drugs that led to the fatal shooting by police of Breonna Taylor in March in Louisville, Kentucky. Taylor’s boyfriend, who said he didn’t know it was the police, shot an officer during the entry into the apartment, and Taylor was killed when officers returned fire.

Even though they obtained a no-knock warrant, the officers knocked on the door, and one witness said they announced they were cops. No drugs were found.

National protests erupted after a grand-jury last month declined to charge the officers with murder. One officer was charged with wanton endangerment for firing into a neighbor’s apartment.

But some legal experts said a murder case would be difficult for prosecutors to win because the officers said they were defending themselves. 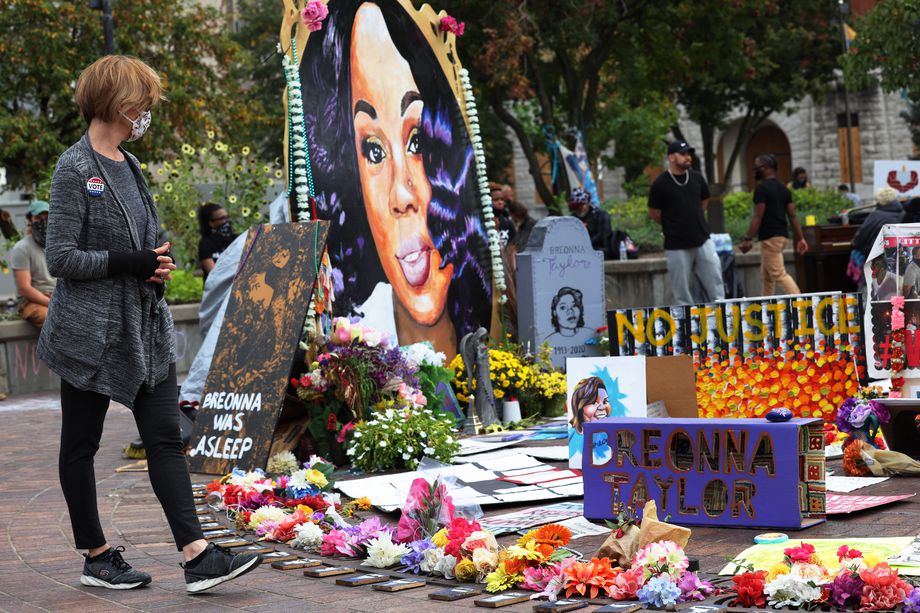 The Chicago Police Department isn’t taking a stance on the governor’s proposed ban on no-knock warrants, a spokeswoman said.

By their nature, searches are high-risk operations in which cops have about 90 seconds to enter a home and make sure it’s safe. The Chicago Police Department executes 1,500 to 2,000 search warrants a year.

Most warrants require officers to knock and announce themselves. State law allows no-knock warrants when police believe a weapon will be used against an officer or another person and that knocking would prompt someone in the home to destroy evidence.

“It’s extremely rare that a no-knock warrant is used by the Chicago Police Department. No-knock warrants are only used in the most extreme and dangerous cases,” said the police spokeswoman, who couldn’t say how many there have been.

No-knock warrants have resulted in lawsuits against the city and the police department accusing officers of entering the wrong home or using excessive force.

On Jan. 3, the police department updated its search-warrant policy to try to limit its civil liability. No-knock warrants are still allowed. But one of the major changes is that two uniformed cops with body-worn cameras must enter the home with the rest of the officers on a raid. In the past, many searches weren’t recorded because not all officers are equipped with such cameras.

The new policy also requires officers to take additional steps to plan a search to make sure they’re at the address listed on the warrant and to know whether children or other vulnerable people might be in the home. Searches involving an address that’s not on a warrant will result in an automatic internal investigation, according to the police.

The police spokeswoman couldn’t say whether any searches of wrong addresses have been referred to internal affairs yet. 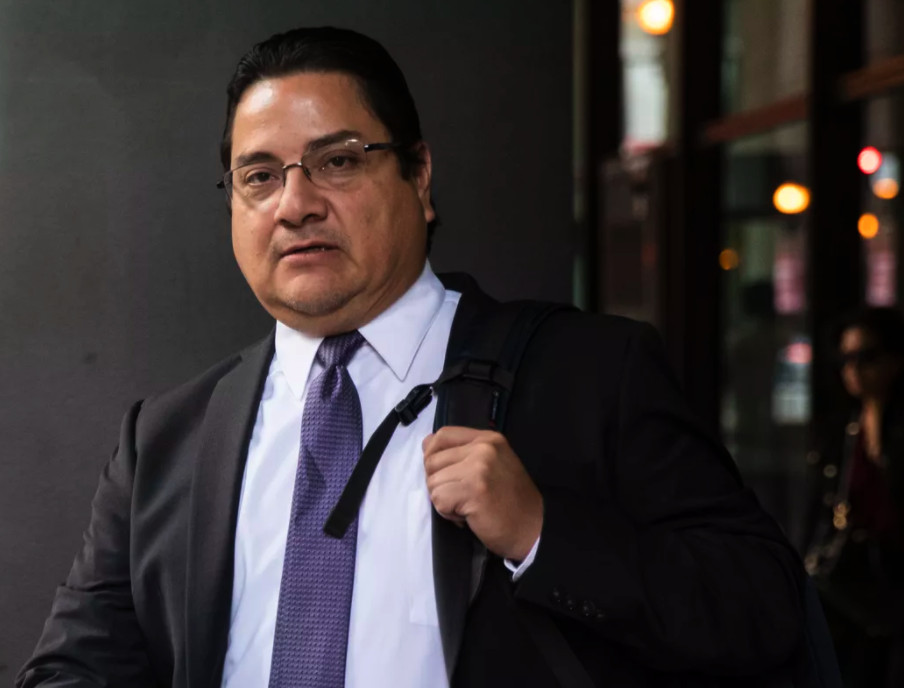 Former police Sgt. Xavier Elizondo in June at the Dirksen federal courthouse in Chicago, where he was sentenced to about seven years in prison in a corruption case.

The policy also spells out that cops aren’t allowed to pay “John Doe” informants, who aren’t registered with the department as informants and whose identities remain secret.

In a federal corruption case against now-former Chicago police Sgt. Xavier Elizondo and Officer David Salgado, prosecutors said the cops paid John Doe informants to lie so they could obtain search warrants. The officers were convicted of stealing drugs and cash they found during raids. Over the summer, Elizondo was sentenced to about seven years in prison and Salgado to about six years.

According to department officials, about 3,500 veteran cops will be trained in the new search-warrant policy, starting with those who’ve signed affidavits for at least two search warrants in the past 18 months. Their training has been postponed because of the COVID-19 pandemic, the police spokeswoman said. Recruits also are being trained in the policy in the police academy.