Joseph Benjamin was a hero on the big screen and in real life.

The former mixed martial arts fighter worked as a stunt double on several locally filmed blockbusters and loved cruising around on his Spider-Man themed Suzuki Samurai motorcycle. He would dress as the comic book hero to delight the crowd at children’s birthday parties, his daughter recalled.

“He’d get on his Spider-Man themed motorcycle dressed as Spider-Man,” said Zariah Benjamin, 19. “The kids would just go crazy.”

The hero died in action. Atlanta police have released few details but said Benjamin, 40, was shot multiple times Sept. 30 while patrolling the Edgewood Court apartments, where he worked as a security guard. His body was found near his motorcycle.

Benjamin’s fatal shooting marked the city’s 100th homicide of 2020; there were 99 in all of 2019. His death has left loved ones grieving and a community on edge.

“Everybody loved him. And I loved him,” said Zariah Benjamin. “He wasn’t just a security guard. He was a superhero, you know?” 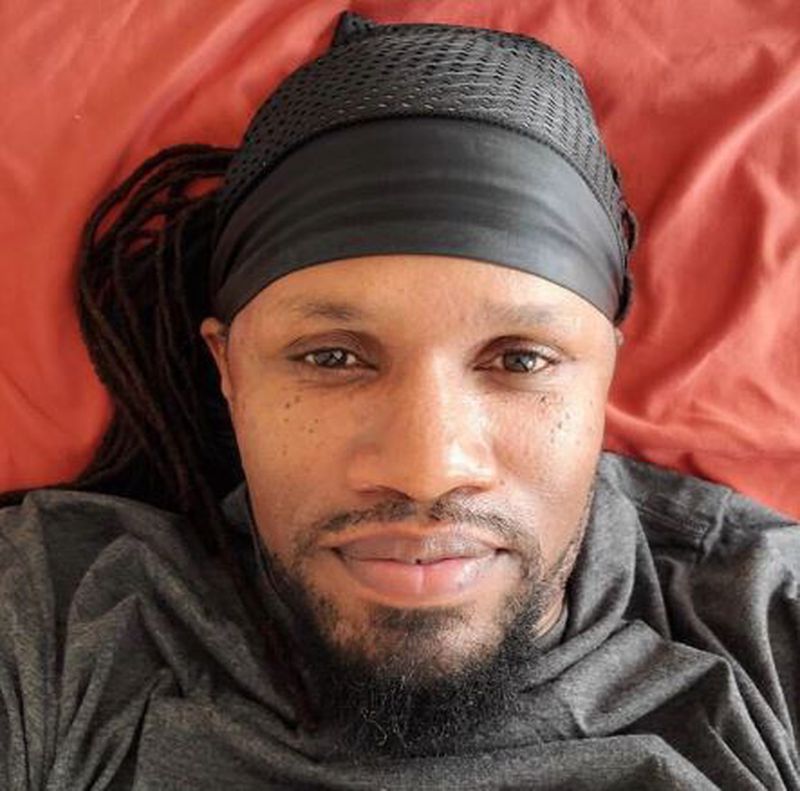 A CITY ON EDGE

In the two weeks since Benjamin’s death, 12 more people were killed across the city, making 2020 Atlanta’s deadliest year in the past decade.

“There’s not a quadrant of this city that’s not seeing a spike in crimes, and particularly shootings,” said Atlanta City Council President Felicia Moore. “There’s a lot of gun violence going on.”

The government-subsidized apartment complex where Benjamin was killed houses older residents and young families alike. All around them, massive multi-level houses are sprouting up and property values are soaring. Yet shootings and robberies are still part of daily life at Edgewood Court.

“There have been a lot more shootings this year,” said one resident, a grandmother of three who asked not to be identified over concerns she could lose the apartment where she and the children have lived the past seven years.

She didn’t hear any gunfire the night Benjamin was shot, but often worries about her grandchildren, especially the oldest who’s about about to be a teenager.

“It just seems like there’s a lot more killing now,” she said. “It ain’t the people who stay in this neighborhood. It’s the others who come in here.”

On a recent Thursday morning, about three dozen residents gathered at a community garden down the street from the complex. They planted flowers and spread mulch, part of an ongoing effort by volunteers at the Edgewood Community Learning Garden.

Stephanie Van Parys is executive director of the Wylde Center, which runs the garden.

“Over the last year, we’ve had to curtail our youth programming here due to the illegal activity that’s been happening at the corner,” she said. “Sometimes there would be some violence, and you could never predict when that was going to happen.” 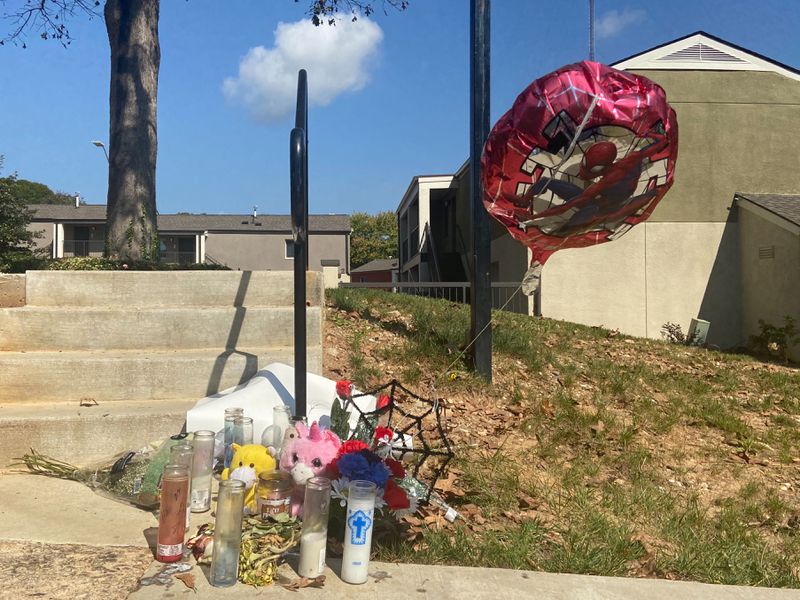 Among the garden’s volunteers are Nina Patel and Melika Heinrich, two mothers raising their families in the area. Both said the neighborhood is improving since they purchased their homes, though they have concerns about the recent rise in violent crime and typically take their children elsewhere to play.

They noted Benjamin wasn’t the only guard shot while protecting the complex in recent years.

In 2013, an off-duty Atlanta police officer sitting in his patrol car was ambushed by a man toting a shotgun. Christopher Smith, who was working a part-time job as a security guard, suffered injuries to his head and leg and spent three days in the hospital.

Jermarcus Jordan was convicted of attempted murder in 2016 and sentenced to 15 years.

Patel, an oncology nurse who has lived in the neighborhood 12 years, wonders who would want to work security in the area now. “Who’s going to sign up for a position where you get murdered?”

The complex was recently sold to new owners and renovated. Heinrich, who bought her home nearby in 2013, said she’s glad the complex remained Section 8 housing.

“I was so happy when they didn’t raze it,” said the mother of two, recalling a conversation with a Kroger cashier terrified her family would be kicked out once renovations were complete. “They can stay in the neighborhood and most of us like that.” 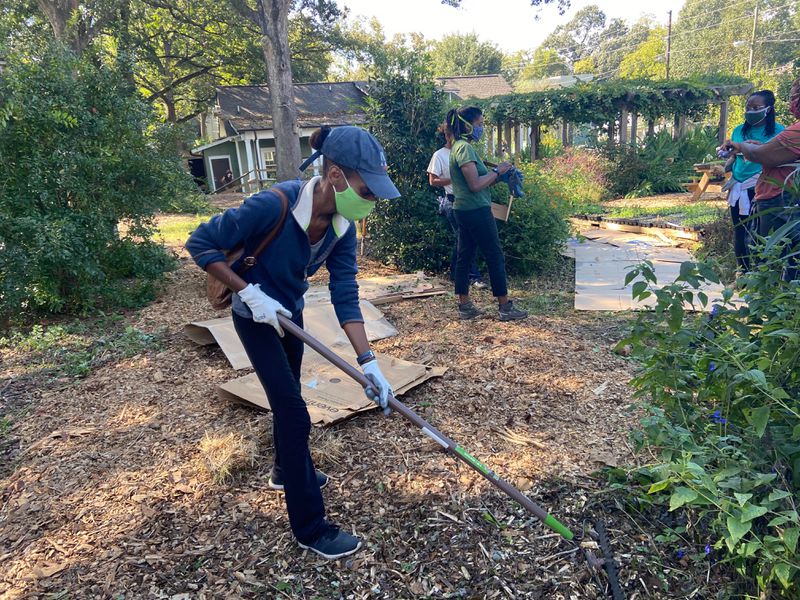 City leaders say they’re trying to address the increase in fatal shootings, which have skyrocketed over the summer months.

The action sparked an unofficial “Blue Flu” among the rank and file, and interim Atlanta Police Chief Rodney Bryant criticized the speed with which Howard, unseated by former colleague Fani Willis’ landslide victory, brought the charges.

In a recent interview, Bryant said he’s trying to improve department morale and retain officers while reimagining the future of policing.

“I think it’s clearly an evolving time as it relates to law enforcement,” said Bryant, an Atlanta native who came out of retirement when former Chief Erika Shields stepped down after the Brooks shooting “But I think it’s still a great opportunity for not just law enforcement, but the community as a whole to truly reimagine what policing will look like, and for us to get into a much better place.”

The Atlanta Police Department has opened a small precinct at the site of what was once a corner store near the Edgewood community garden. The structure was purchased in partnership with the Atlanta Police Foundation to increase Zone 6 officers’ presence in the area and improve police-community relations, officials said. 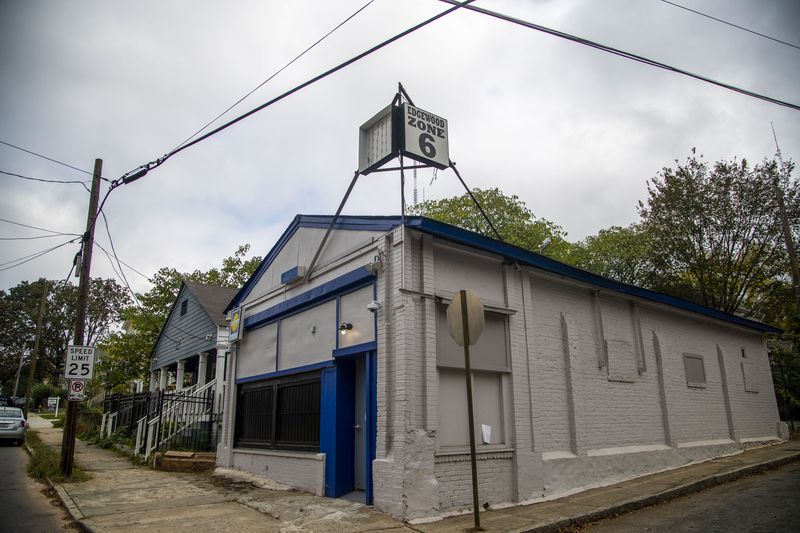 “This location will enable our officers to increase their presence and actively pursue those responsible for committing violent assaults and homicides in that neighborhood in recent months,” Bryant said. “We’re also seeking to create personal relationships among our officers and the citizens they serve, rather than merely responding to calls.”

Police responded to more than 60 calls at the intersection of Mayson Avenue and Hardee Street last year. The corner shop, dubbed the “Red Store” by locals, became a hotspot for drug activity in recent years and the site of numerous shootings, police said.

In addition to the increased officer presence, the Atlanta Police Foundation is placing nine surveillance cameras at the corner, part of an ongoing effort to install more than 11,000 across the city. 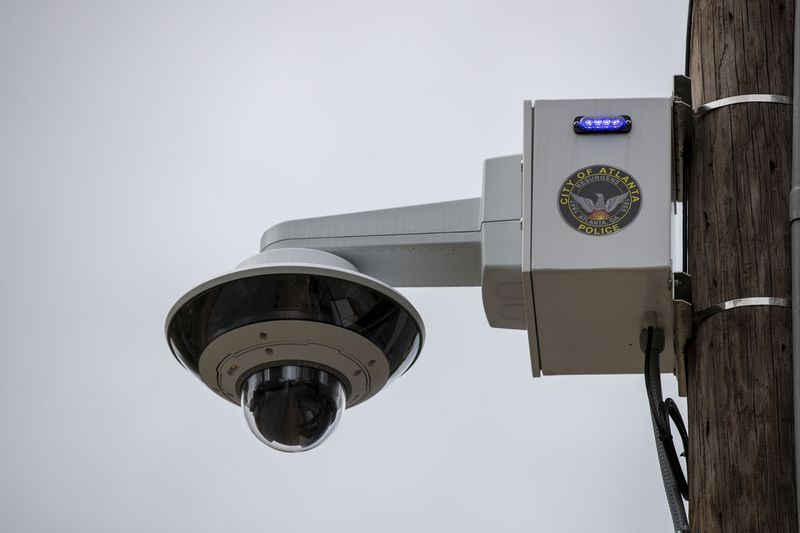 Edgewood neighbors said they welcome the mini-precinct and hope it will lead to a decrease in violent crime.

Zariah Benjamin said she’s heartbroken over the loss of her father and struggling to comprehend why anyone would have wanted him dead.

Her dad never carried much with him, especially when he was on his motorcycle, she said.

“What could they have been going through where they felt like they had to take an innocent man’s life?” she asked. “He wasn’t doing nothing to nobody. Literally everybody loves this man.”

Police have announced a $10,000 reward for information leading to an arrest in the case. And while Zariah Benjamin wants to see the person responsible captured and brought to justice, she is already willing to forgive her father’s killer. It’s what the hero would have done.

“His whole life, he was just so helpful to people,” she said. “My dad was the person who helped me through all the tough situations and hardships that life threw at me.”

She said her father taught her to work hard and always rely on herself. She got her first job at a Popeyes when she was 15 after being hired on the spot when the manager realized she walked two hours for the interview. She remembered how happy her dad was when she told him.

“You fight for what you want no matter what,” she recalled him saying. “Energy is energy. You give, you get. That’s what he taught me, and I hold onto that every day.” 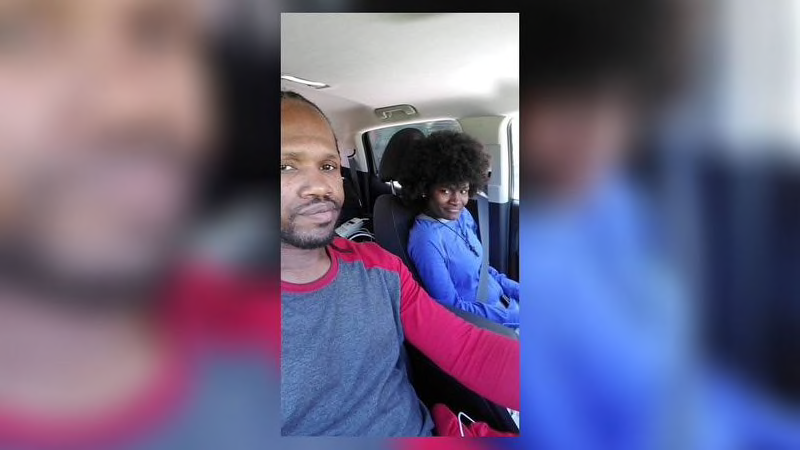