By Eric Stirgus, The Atlanta Journal-Constitution

ATHENS — Several thousand University of Georgia students who earned their degrees this past spring returned to the campus Friday evening for a celebration delayed by the coronavirus — commencement.

UGA held its ceremony, as usual, inside Sanford Stadium, but the party was different. This year, for example, the students and family sat together in the stands. Face masks, of course, were another change. Several sections were blocked off to create social distancing. Most of the deans were not in attendance.

Nearly 6,000 undergraduate students were eligible for graduation. The students arrived in their black caps and gowns.

The 75-minute ceremony was much shorter than most years. UGA President Jere Morehead began the festivities with social distancing instructions for a ceremony “long overdue for outstanding graduates.”

UGA closed its campus in March as the pandemic grew in Georgia. The students took classes online for the remainder of the semester. Despite those challenges, Morehead said he had high expectations for the graduates.

“We expect uncommon things from you because you are a graduate of the University of Georgia,” he said. 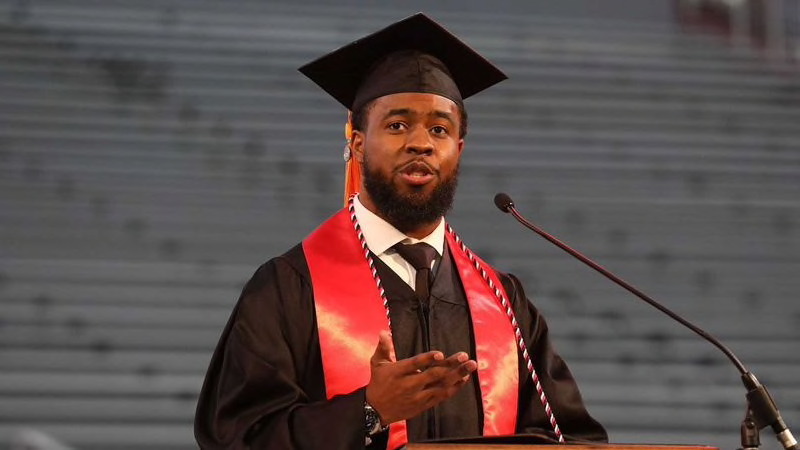 Jack L. Bush III, the student speaker, began an uncommon initiative before graduation. Bush started a scholarship fund with his own money for future students to pursue engineering degrees, Morehead said in his introduction.

In his speech, Bush, now an engineer at Lockheed Martin, talked about the good days and the challenging days at UGA.

“Ultimately, we made it,” Bush told the audience.

Bush gave a shout out to his mom and mentioned the names of three African Americans, including Ahmaud Arbery of Georgia, whose deaths sparked nationwide protests and discussions about race relations and discrimination.

After the speeches came the conferring of degrees. The audience then sang the UGA alma mater song.

Another tradition continued at the end. A fireworks show. 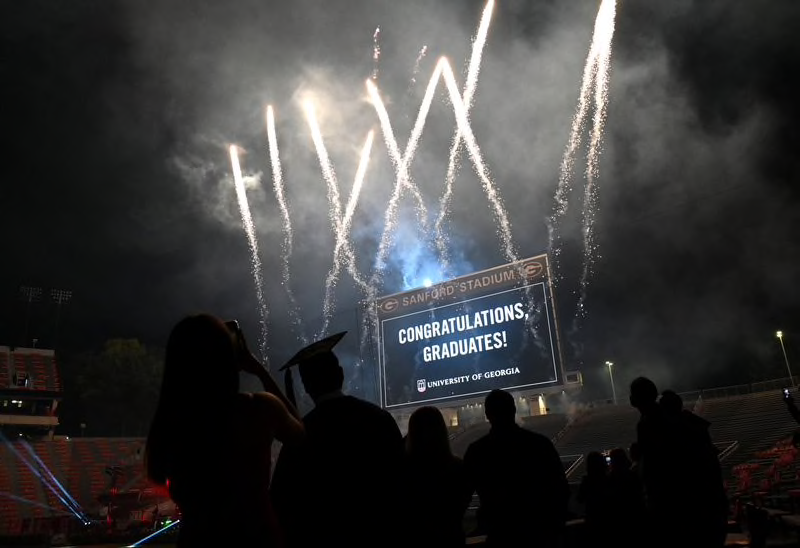