Blackberry Smoke energized the crowd on Saturday, October 17, 2020, in the parking lot of Ameris Bank Amphitheatre in Alpharetta. This was part of the “Live From the Drive-In” concert series produced by Live Nation. Photo: Robb Cohen for The Atlanta Journal-Constitution

By Melissa Ruggieri, The Atlanta Journal-Constitution

With a crunch of guitar and detonation of lights, Blackberry Smoke announced themselves onstage for the second night of the “Live From the Drive-In” concert series in the VIP parking lot at Ameris Bank Amphitheatre.

Another full crowd – though not quite sold out – hung inside or next to their vehicles Saturday evening, appreciating any semblance of large-scale live music after a seven-month drought. 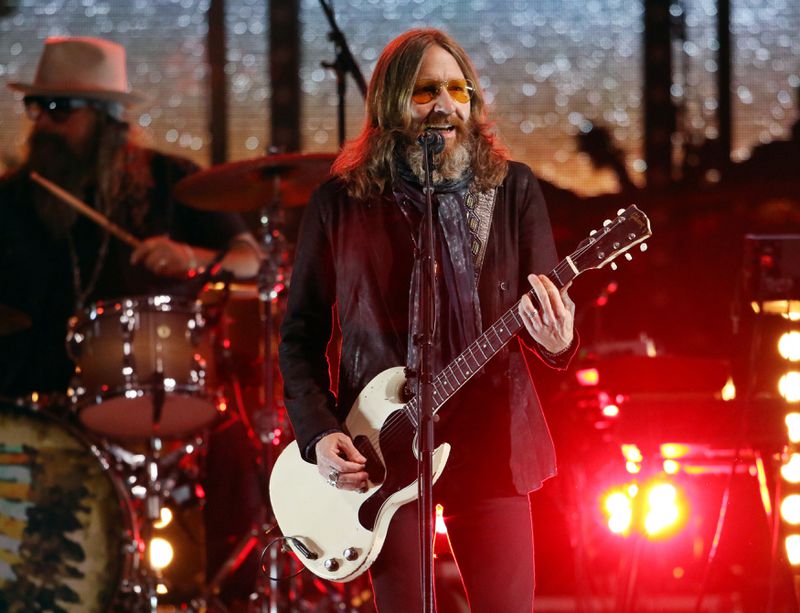 The Atlanta-based rockers – a cross-pollination of The Allman Brothers, The Black Crowes and plenty of blues greats – indicated early that the focus would be on their taut musicianship, as they rolled through the triple guitar attack of “Six Ways to Sunday,” the stomping “Payback’s a Bitch” and the propulsive “Leave a Scar.”

Flashing colored lights and a starry backdrop injected the stage with the feel of a bigger production, even though the setup was otherwise identical to Jason Isbell’s Friday night performance on the same spot.

Frontman/guitarist Charlie Starr, scarf tucked under his flowing beard, spun around the stage with fingers nimbly sliding along the fretboard, his voice a mix of restrained power and a cocktail of grit and grime.

The five piece band – guitarist Paul Jackson, bassist Richard Turner, drummer Brit Turner and keyboardist Brandon Still – was supplemented by guitarist Benji Shanks (also of the Kristian/Brandon Bush project Dark Water) and percussionist Preston Holcomb. In between the hoist-your-beer anthem “Good One Coming On” and “Lord Strike Me Dead,” Blackberry Smoke was joined by The Black Bettys (Atlanta’s Sherie and Sherita Murphy), who added bold background vocals to numerous songs throughout the night.

While the essence of Blackberry Smoke is rooted in Southern rock, the band’s music sometimes wanders – in a good way – into prog rock, evidenced on the hearty rocker “Waiting for the Thunder,” as well as funk, which they did on “Believe You Me,” with its groovy ’70s-era shag carpet vibe and mesmerizing guitar hook.

“Alpharetta is a funky part of town. You’ve got a Starbucks right across the street from a Starbucks. Nothing funkier than that,” Starr joked.

As the show continued past its mid-point, Starr became chattier with the crowd. 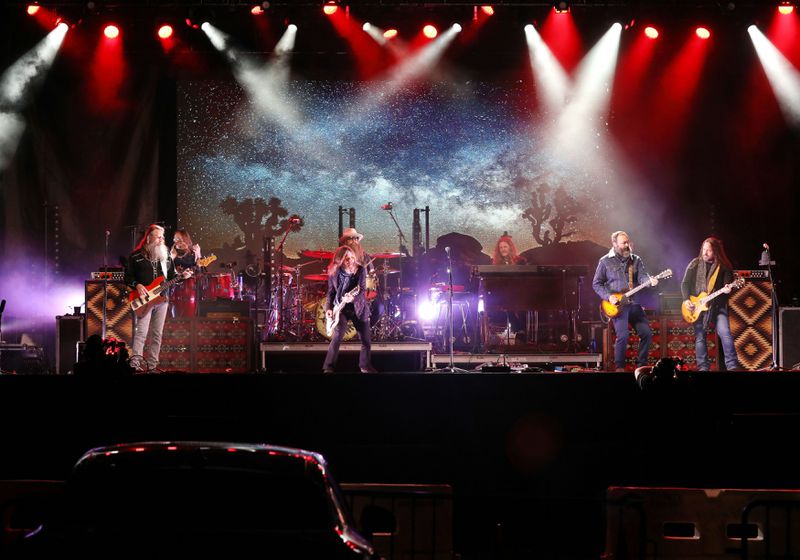 Following “Pretty Little Lie” and its pretty, polished melody, Starr asked for an early update on the Georgia/Alabama game (good thing the show was over before the game ended).

The band also unfurled a top-notch cover of “Drop Dead Legs,” one of Van Halen’s more obscure tracks from “1984,” and a few verses of “You Don’t Know How It Feels” in a nod to Tom Petty.

In a set that also included the late-night head-nodder “Lesson in a Bottle” and a cover of Little Richard’s “Southern Child,” Blackberry Smoke proved its bona fides as the heirs to Southern rock royalty in a state that knows something about producing legends.