By J.D. Capelouto, The Atlanta Journal-Constitution

Serving as the president of a newly formed neighborhood association is hard enough on its own, but for Rolanda Powell, simply walking or biking to her meetings presented a daunting challenge.

To get to the local senior center where the association meets — or to the park, or the bus stop, or a friend’s house — Powell and others who live in the Center Hill neighborhood have to cross Donald Lee Hollowell Parkway, a state highway stretching from Northside Drive to I-285 on Atlanta’s west side.

And for an entire mile-long stretch of Hollowell, which slices through Powell’s neighborhood, there are no pedestrian crossings. She’s heard friends at the neighborhood association meetings talk about “how difficult it has been for them to cross the street to get to the bus. They shared their stories about darting between cars.”

Hollowell, which is four lanes wide and sees a lot of truck traffic, is considered one of the most dangerous corridors in the city by groups like the Atlanta Bicycle Coalition. Since 2016, seven pedestrians have been killed on the road, according to data from the Atlanta Police Department. In the same time frame, there have been 40 pedestrian injuries.

Last September, a car hit and killed 14-year-old Jermaine “JJ” Wallace Jr. while he was crossing the road on his way to school, prompting renewed discussions about pedestrian safety on Hollowell. Almost exactly a year later, two pedestrians crossing Hollowell were struck and killed in a span of four days.

“The community really got together in Center Hill. It was a heart-wrenching experience for us,” said Powell, who moved to the area just over two years ago but knows discussions began long before then. 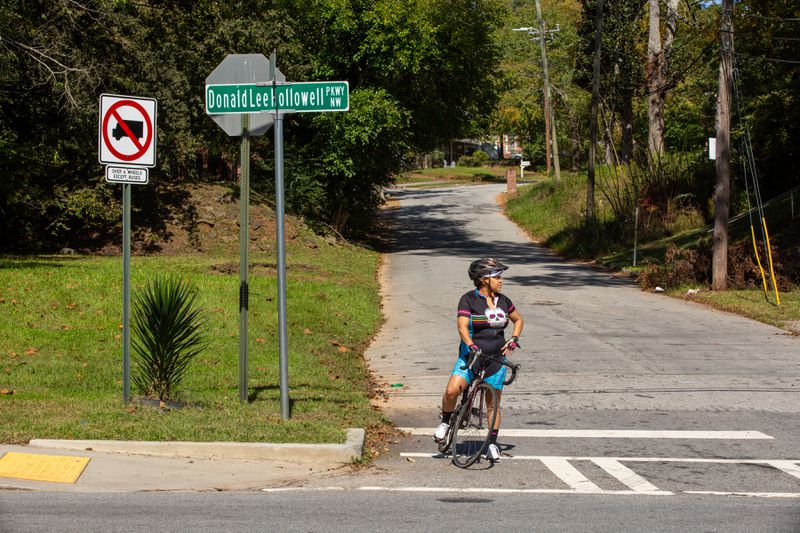 After Wallace’s death, residents and city officials met with the Georgia Department of Transportation, which promised in Januaryto install three new pedestrian crosswalks with lighted beacons along the mile-long stretch. Since the road is managed by the state rather than the city, GDOT makes the calls about substantial improvements and installations.

But new road construction takes time, and 10 months later, local residents and Atlanta officials are growing anxious about the state’s timeline for the new crosswalks. The first one, which will be located outside the Johnnie B. Moore Towers senior center, is not scheduled to be installed until next May, GDOT spokeswoman Natalie Dale said.

That timeline is fairly normal for new traffic installations, since each crosswalk has a unique design and specifications, Dale said. It can sometimes take up to seven months for material suppliers to process and deliver orders.

GDOT said it plans to meet with the city about the other two crosswalks, slated for Woods Drive and Eugenia Place, because right-of-way acquisition issues have slowed the process. 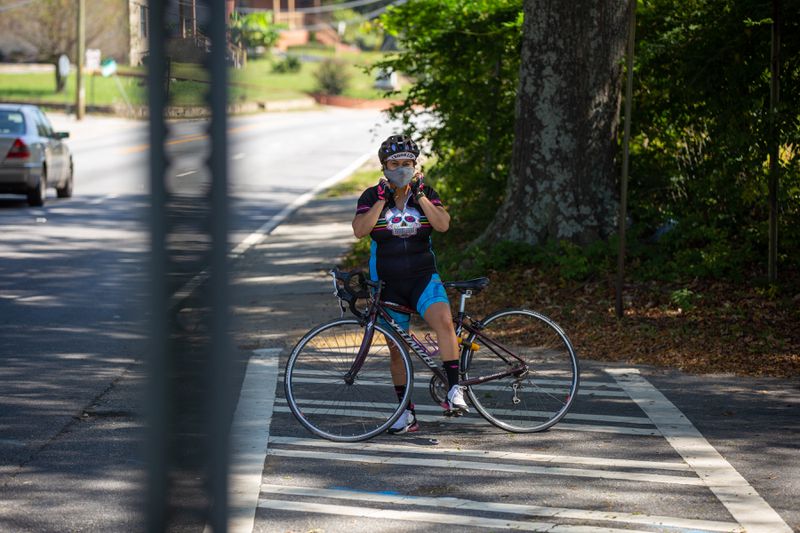 Atlanta City Councilman Dustin Hillis, who represents the area, is urging GDOT to expedite the design and construction process. Otherwise, he said, it might take years before the latter two crossings are built.

“This needs action now,” he said. “If the leadership at the state, at GDOT, knows about this problem, which obviously they do, they can make something happen a lot sooner.”

When GDOT told the neighborhoods along Hollowell — including Bankhead and Grove Park — about the crosswalks earlier this year, Powell said it “put faith in humanity for me. It was like, ‘Wow this stuff really works.’”

After the two recent deaths, she said, “we want to get this expedited, because one life is too much.”

APD has ramped up traffic enforcement along the corridor in recent weeks, officials said, pulling over 114 cars during the last seven weeks. About 65 of those resulted in a citation or arrest.

Hillis hopes GDOT and the city will continue to study Hollowell and possibly institute a “road diet,” which can involve reducing lanes or converting them into turn lanes, to slow drivers. The Atlanta Bicycle Coalition plans to create a committee of residents, workers and drivers in the area to study the issue and propose long-term safety solutions.