By Ben Brasch, The Atlanta Journal-Constitution

As the second week of in-person early voting begins, Fulton’s electorate has the chance to skip lines thanks to two buses.

Fulton has spent $750,000 on two customized vehicles serving as mobile voting precincts. Each vehicle holds eight ballot-marking devices that voters are using to select candidates, one scanner where voters feed their printed selections and two places to check in on polls pads.

The county unveiled the first bus in early October, saying it would help support busy early voting sites and tour around the county. Early signs show support might be needed, as statewide technical problems and excited voters are making for sometimes long lines.

More than 687,000 votes were cast statewide during the first five days of in-person early voting, according to The Atlanta Journal-Constitution. An additional 620,000 voters have returned absentee ballots.

After voting began, Fulton launched a tool that lets would-be voters get a sense of current wait times.

Find a list of where and when by looking below. 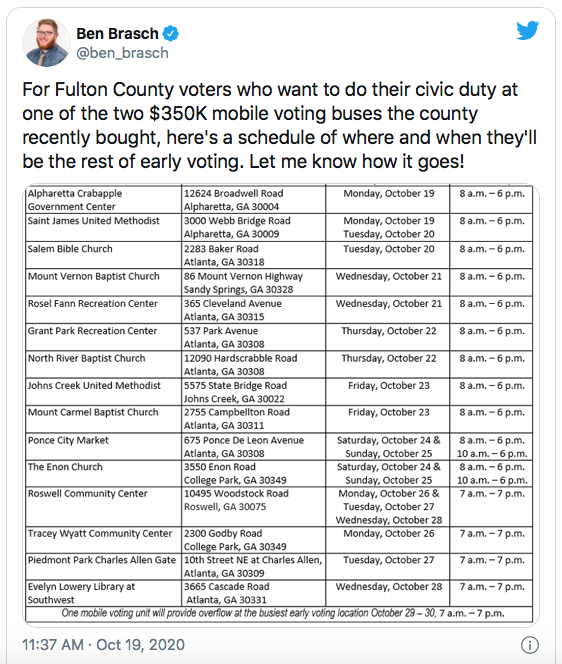