By Johnny Edwards, The Atlanta Journal-Constitution

Alyssa Fiorino was supposed to look out for her 89-year-old grandfather during his eye doctor appointment. But on his first trip out of the house during the pandemic, he sat down in the exam room with no mask on his face, and no mask on the ophthalmologist’s either, she said.

Fiorino said she tried to drop a hint by apologizing that her grandfather had pulled off his N95 mask in the lobby, when he complained that he couldn’t breathe after waiting for two hours in a parked car. The doctor scoffed at the idea of putting on masks, she said, then he went on with the exam.

“I just wasn’t prepared for that situation, and I just let it happen,” Fiorino said. “I didn’t stick up for him like I should have.”

After a second bad experience at another physician’s office in Blairsville, where only about half of the staff wore masks, family members said they decided to suspend Milton Forbes’ eye appointments until he can see a new doctor next year. Though his vision has deteriorated, the family can’t risk Forbes and his wife, 88, being infected by the coronavirus. Too many people in their North Georgia community don’t seem to be taking the pandemicseriously, his daughter, Pat Sullivan, said.

The family isn’t alone in their predicament. In Georgia and across the country, patients have filed complaints with state licensing boards accusing doctors and their staffers of failing to wear face masks, making people with medical degrees an unlikely subgroup of Americans bucking the CDC’s safety recommendations. 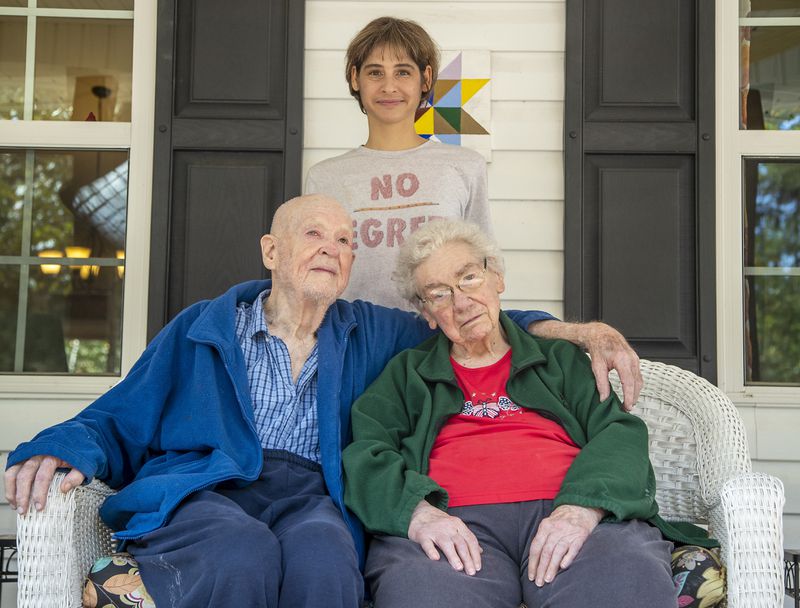 The vast majority in the medical community have beenencouraging the use of masks. Centers for Disease Control and Prevention Director Robert Redfield has called masks “the most important, powerful public health tool we have.” And the American Medical Association has urged physicians to follow the CDC recommendations, which say health care professionals should wear masks at all times while in a medical facility.

Some states have taken steps to hold doctors accountable if they ignore that advice, but Georgia isn’t among them.

The issue has become pressing enough for the Federation of State Medical Boards to issue a statement earlier this month: “When seeing patients during in-person clinical encounters,” the federation’s board of directors said, “physicians and physician assistants have a professional responsibility to wear a facial covering for their own protection, as well as that of their patients and society as a whole.”

FSMB, which sets standards and lobbies for medical boards nationwide, said it weighed in because “a number of state medical boards” received complaints about doctors and PAs failing to cover their faces while seeing patients. A spokesman declined to say which states have reported cases or how many, saying he will release that information after a national survey of boards has been completed.

The Georgia Composite Medical Board confirmed some of those reports came from here. Georgia has received “10 or less” complaints since the start of the pandemic, according to Jonathan McGehee, the board’s director of investigations and enforcement. Typically they were mixed in with other allegations, he said. None resulted in discipline.

“There is no rule or law that requires the use of face masks, therefore, the board has little to no grounds to sanction the licensee for not wearing them,” McGehee said in an email.

Though breathing on patients during a deadly pandemic could be seen as putting their health in jeopardy, “we would have to examine/investigate each allegation to establish the necessary facts to prove that the patients were at risk,” the investigations director said. “Even if such facts/evidence exists it may still prove difficult to sanction a licensee for not wearing a facemask.”

The Texas Medical Board has taken a different approach, adopting an emergency rule in April that sets minimum COVID-19 standards, including requiring doctors and their patients to wear masks when they are less than six feet apart. Texas said it has received 65 to 70 complaints of physicians and their staff not following coronavirus safety rules.

In some states, doctors are covered under governors’ executive orders requiring masks in indoor spaces, including Virginia, whose health department sent a letter to health care practitioners last month saying it had received numerous complaints about its licensees. 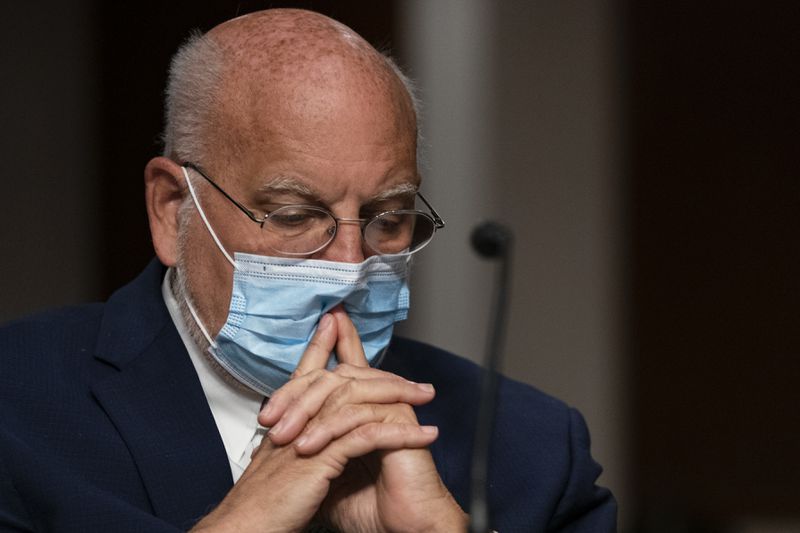 “I allowed it to happen”

A check of other Georgia boards that regulate health care workers found one other reporting mask complaints ― the Board of Chiropractic Examiners, which has received four.

The American Chiropractic Association also recommends its chiropractors follow the CDC guidance. But like the Georgia medical board, the chiropractic board lacks authority to discipline licensees over masks, according to La Trenda Tyler-Jones, the Secretary of State’s division director over professional licensing boards.

When Beth Smith had a troubling encounter with a chiropractor in Columbus, she didn’t complain to the state, but to the corporate headquarters of The Joint Chiropractic, a chain of more than 500 clinics across the country.

Smith, a nurse, said chiropractor Shawn Parish wasn’t wearing a mask when she saw him for an adjustment during the summer. Talking through her own N95, she asked him where his mask was, and he answered that he doesn’t need one because he doesn’t treat COVID-19 patients, she said.

“I don’t think you really know that,” Smith said she told him.

Then, she said, the chiropractor told her that he had already had the coronavirus, so he had antibodies.

She let him go through with the adjustments, but later emailed The Joint’s corporate office. The company told her all its employees must wear masks and that this would be communicated to the Columbus office.

But when Smith returned in September, a sign on the door said the office was opting out of the mayor’s mask mandate — allowable in Columbus so long as businesses put up signage informing the public. Again, Parish wasn’t wearing a mask, Smith said, but again, she let him treat her.

“I guess I rationalized some way in my head — I have a mask on, and my time of exposure is going to be very short,” Smith said. “That was why I allowed it to happen.”

A call to Parish was returned by a spokesperson for The Joint, who emailed a company statement saying that “we take this matter very seriously.”

“We are aware of the situation and are actively addressing it to ensure that all clinics adhere to our corporate mask policy, as well as any local health regulations, for the safety and protection of our patients and staff,” the statement said. 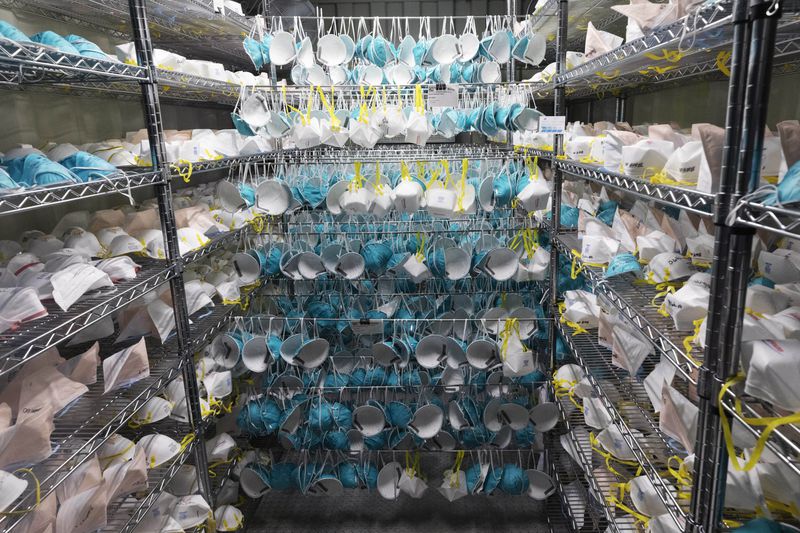 AMA: No excuse for no mask

Before the health crisis, Milton Forbes had been undergoing platelet-rich plasma treatment for his remaining eye — eye drops made by drawing his own blood and spinning it in a centrifuge. His vision improved at first, but the effects wore off after a year, Fiorino, his granddaughter, said.

Now almost totally blind, Forbes had been holding out hope that his vision might return. He didn’t take it well when his children decided to cancel his eye appointments.

“He’s grieving the loss of his eyes right now,” Fiorino said. “There’s just a lot for him to process.”

The ophthalmologist who examined him in May, Dan Eichenbaum, is a Cherokee County, N.C., commissioner, a self-described conservative political activist and the host of a radio show called “Dr. Dan’s Freedom Forum Radio.”

Eichenbaum would not talk about his last appointment with Forbes, citing patient confidentiality. Asked if he wears a mask when treating patients in general, he said, “Under certain circumstances, yes.” Examining an elderly patient would be one of those circumstances, he said.

Eichenbaum said he takes other precautions at his office, such as checking temperatures at the door, using hand sanitizer, and attaching a face shield to his slit lamp so there’s a plastic barrier between him and patients when he examines eyes.

Fiorino said she didn’t recall any such barrier or having temperatures taken. 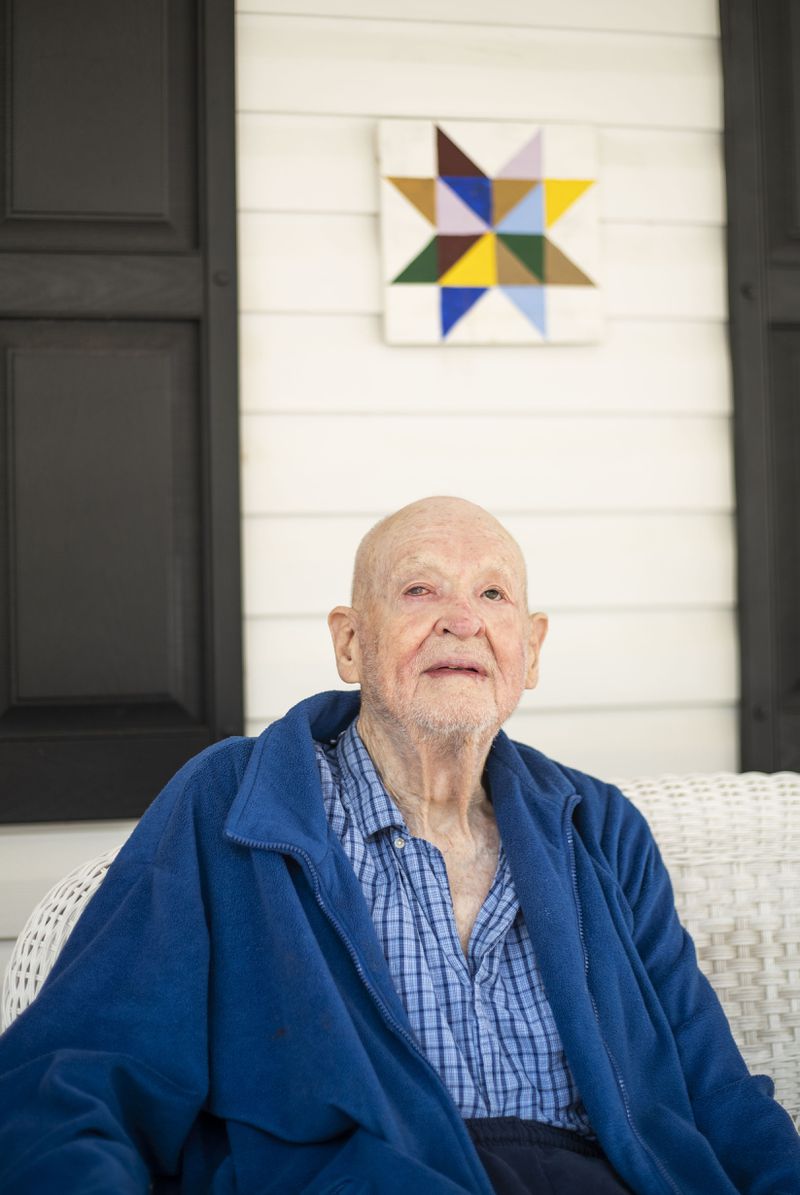 Eichenbaum said one problem with face masks is that they can fog up optical equipment.

Dr. Susan Bailey, president of the American Medical Association, speaking generally about doctors and masks said she could think of no valid reason for any doctor to go without one during a patient exam.

“A properly fitted mask doesn’t fog up your glasses,” said Bailey, a practicing allergist and immunologist in Fort Worth, Texas. “If a mask does not fit well, taping the top of the mask down across the bridge of your nose will prevent your glasses from fogging up.”

What the CDC says about doctors and masks

Both the American Medical Association and the American Chiropractic Association urge their practitioners to follow the Centers for Disease Control and Prevention’s recommendations for heath care personnel during the COVID-19 pandemic. Excerpts:

HPC (health care providers) should wear a facemask at all times while they are in the healthcare facility, including in breakrooms or other spaces where they might encounter co-workers.

Educate patients, visitors, and HCP about the importance of performing hand hygiene immediately before and after any contact with their facemask or cloth face covering.

In areas with moderate to substantial community transmission of COVID-19, the CDC advises wearing eye protection along with masks and wearing N95s or higher-level respirator masks for surgical and aerosol-generating procedures.