By Adrianne Murchison, The Atlanta Journal-Constitution

Stacie Francombe said losing her job as a chief marketing officer for a tuxedo retailer in February, showed her that weddings, graduations and parties of every kind would not go on as usual in 2020. But by May, she and her business partner Ivonne Simon were launching a sign rental company, Sign Greeters, for people holding outdoor celebrations for birthdays, graduations or even a simple T.G.I.F. greeting outside a home.

Some signs have brought tears to neighbors and passersby, Francombe said. One was a sign that she and her son hurried to install in the front yard of a Sandy Springs home in August before Amanda Solomiany, 18, returned home.

The Riverwood student has blogged about how she was diagnosed with osteosarcoma two years ago and endured two surgeries and cycles of chemotherapy.

“It’s all very meaningful and emotional for the recipient,” Francombe said of Solomiany’s sign. “This was one of the most touching.” 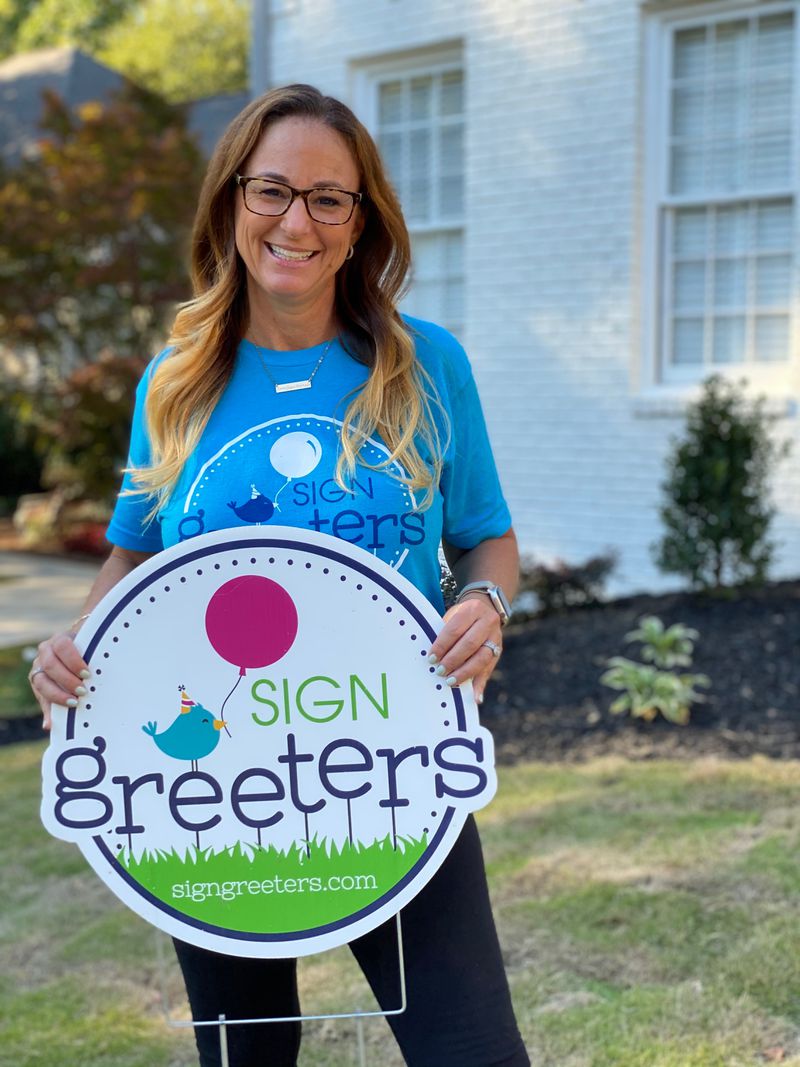 Francombe is a resident of Sandy Springs and her partner Simon lives in Coral Gables, Florida. The two were college sorority sisters at Ohio State University more than 28 years ago, Francombe said.

Francombe said that after she was laid-off in February she felt down on her luck. A mother of three, her family became sick in March and she suspects they contracted COVID-19 though they weren’t diagnosed with the disease. But by April she was brainstorming her new business, she said.

Francombe and Simon decided that instead of a banner or signs that appear in the style of a billboard for their company, Sign Greeters messages would be produced with individual 24-inch letters held to the ground by metal stakes. Greetings can run up to 20 feet wide, Francombe said.

Prices for the signs start at $110 and go up based on the number of days customers’ have them and the length of the greeting.Francombe said her goal in creating Sign Greeters was to spread joy during this pandemic year and to also help people who have been furloughed such as flight attendants and wedding planners. She and Simon licensed their Sign Greeters business to 44 licensees in 11 states.

“I wanted to find other ways to (raise) people up,” she said.

Licensees buy into the business at a set price, purchase the sign products and sell the service at whatever rate they choose to, and she and Simon manage the marketing and public relations strategies.