As the fall season got under way, the team moved forward, but for those who knew him, the wound remains fresh.

Croswhite was a beloved fixture with the Chandler swim program for the last 15 years. His energy and charisma reached far beyond the deck at the school, where he was known as the cheerful, bagpipe-playing swim coach andhistory teacher.

His death at the age of 61 from the coronavirus that has altered everyday life wasn’t just a loss for the team, it sent an entire community into mourning.

“It’s really obvious that he touched and made an impact on everyone’s lives that had any sort of association with Chandler High School, regardless of if they were a good swimmer or not,” new boys head coach Bob Chen said.

Chandler’s recovery from this tragedy has been a team effort, and it starts with Chen. The longtime Rio Salado Swim Club head coach joined Chandler as Croswhite’s assistant last year, making him the obvious choice to step up.

But perhaps most important of all was the return of Croswhite’s wife, Laurie, as the girls head coach.

“Laurie has stayed on and very bravely tried to be as present as possible,” Chen said. “We wanted her to involve herself as much as she could. But obviously it’s very difficult, very emotional for her every time she steps foot on deck.”

At first, Laurie didn’t think she would be able to return. She called the pool the “hardest place” for her because of its connection to her husband. Every time she was there before, he was right there with her.

ut she spoke with Chen, Bowersox and athletic director Jim Culver, who told her that she could come back on her own timeline, whatever she was comfortable with. Eventually, she decided the pool was where she needed to be.

You still expect to see him’

Croswhite left a lasting impact on that pool, as well as in his classroom. Team members often would gather there during lunch to eat with the coach, Chen said.

The team still often gathers in that classroom. Chen thinks it’s been very helpful, a uniting place for them to gather and grieve. Senior and team captain Avery Kelly can still feel Croswhite’s presence there. 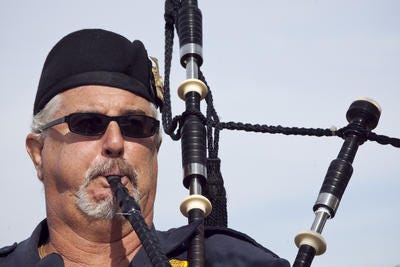 Kelly and fellow senior captain Jaden Lynch were working as lifeguards at pools down the street from each other on July 22 when they learned of Croswhite’s passing the previous night. Lynch was working with a few other Chandler teammates when another, who wasn’t scheduled that day, came to the pool and broke the news.

“I’m really grateful for that because a lot of the guys on the team, when they found out, they weren’t working with people,” he said. “They were more alone, isolated in quarantine, which I couldn’t imagine, having to deal with that all alone. I had a really awesome support group.”

Kelly’s story is similar. A co-worker who had swam with Croswhite and graduated last year told her he had lost his battle. Kelly’s immediate reaction was to hug her co-worker.

As soon as Kelly walked away, she broke down in tears.

“I sat in my car for a little bit after work kind of thinking, this isn’t real, not Croswhite,” she said. “The entire time in the hospital, we talk about it a lot as captains how it never felt real. We always thought he would be the kind of guy who would pull through, this wouldn’t be how he would go out, he was going to make it. So sitting in my car after I heard the news was just a sad moment. It was heartbreaking.”

Kelly recalled how she later described Croswhite to her co-workers.

“He was there for you,” she said. “He would make the same dad jokes as a dad would. You could just sit in his office for hours on end and talk to him about anything – school, swim, drama, family issues, he was a really approachable guy. I would say that I got really lucky to spend my high school swimming career with him.”

Lynch found his coach easy to talk to. 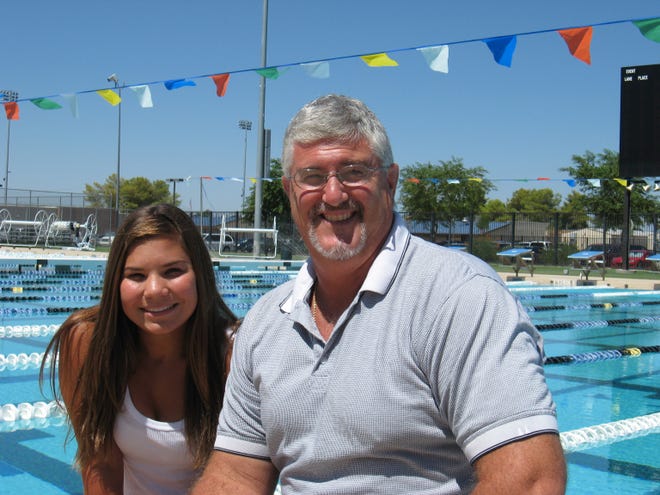 “I remember sitting on the bus with him a couple of times just talking about more personal things,” he said. “Like, dates to homecoming, stuff I hadn’t talked about with any other coaches or teachers at the time, so that was really cool. It was a little more of a personal relationship than any other coach or teacher that I’ve had.”

For the team, Croswhite’s own words to them remain a reminder that fuels their drive in the water.

Croswhite was honored before Chandler’s first home meet of the year, when the Wolves hosted Mountain Pointe on Oct. 1. After the national anthem, a member of Croswhite’s beloved bagpipe group played a song, followed by a moment of silence.

The team hasn’t stopped there.

Members have taken turns delivering meals to Croswhite’s family on Wednesdays and Fridays. A GoFundMe raised money to plant a tree by the school’s pool in Croswhite’s name, and swimmers take turns watering it each day. A vigil was held for the community. Posters, caps and goggles were hung on the fence of the school.

The students and staff at Chandler High also remain mindful of the virus that caused Croswhite’s death. They are following the AIA guidelines – masks at all times when outside of the water, limiting the number of swimmers in each lane, masks for all spectators at meets, and more – to a tee.

“In this day and age, you never know how many people are rolling their eyes, or mentally rolling their eyes, and not taking it seriously,” Chen said. “At Chandler, there’s a daily reminder just because of our experience and the athletes’ experience. It’s not difficult to get them to buy into how serious this is.” 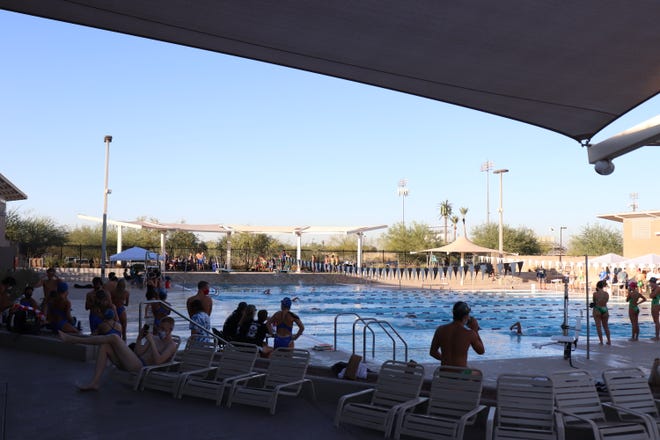 There are plans to rename the Chandler High School pool after the late coach. Laurie said the ceremony tentatively is set for Dec. 5. She considers it a testament to the type of person her husband was.

“I’ve always said that this is Kerry’s way, now, to give back to me and our family, because he did all of that while he was living,” she said. “Now when he’s passed, everyone wants to be able to give back to us in the way that he did when he was alive. It’s so nice and so wonderful to have all that support.”