By Yamil Berard, The Atlanta Journal-Constitution

CUTHBERT — On a warm late-September afternoon in 1951, Patricia Goodman is wandering through the immaculate hallways of the hospital where her grandfather works.

The 3-year-old is looking for the slender man in the white coat she knows only as “Danding.” 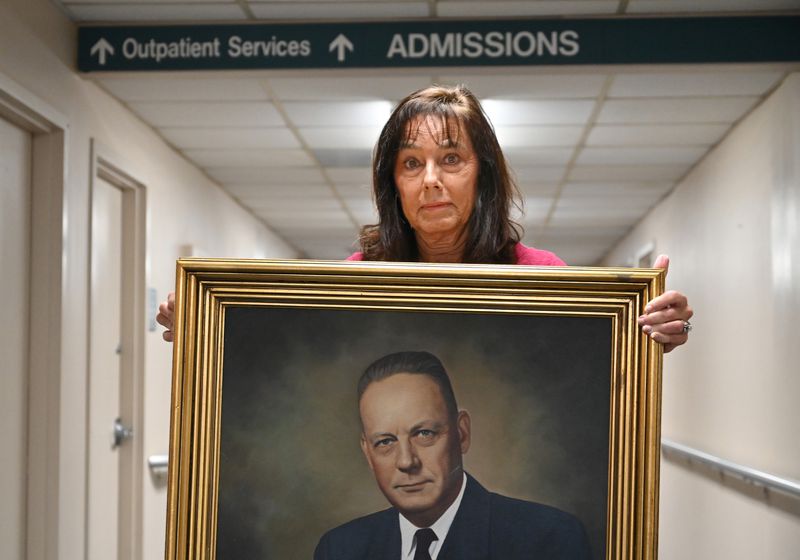 Decades later, the escapades of a child at her grandfather’s workplace have long ended. The hospital’s hallways are eerily empty, except for some old furniture, moving boxes and portraits stacked against the wall, including one image of her grandfather in a dark suit.

In August, the last inpatients were discharged. Next week, moving trucks are expected to haul off boxloads of patient files and medical records.

Southwest Georgia Regional Medical Center, the legacy of sure-handed surgeons like Goodman’s grandfather, Dr. Job Caldwell Patterson, who delivered babies and dressed wounds of those hurt in car wrecks and farm accidents, has breathed its last.

The Cuthbert facility was in a financial free fall before the coronavirus devastated Randolph County and overwhelmed the tiny hospital. At one point, the county had the highest infection rate among Georgia counties, with nearly every one of its 29 deaths occurring in early months of the outbreak. 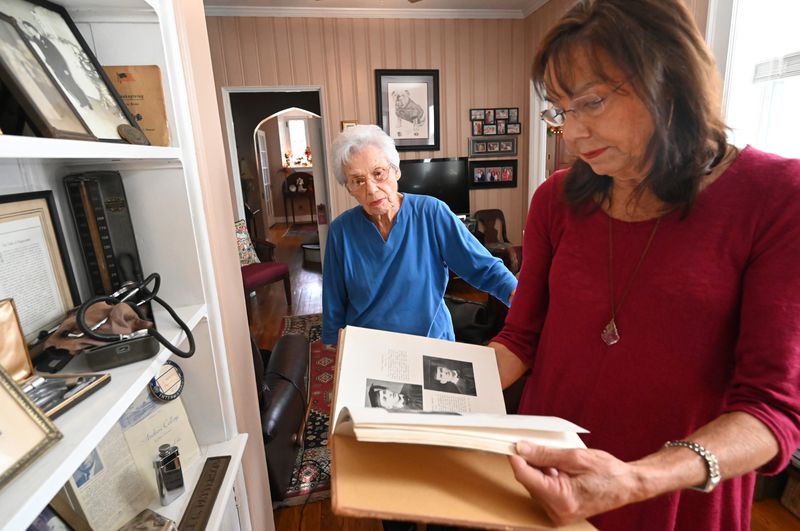 An early infusion of millions in federal relief dollars tried to soften the blow but couldn’t save the hospital. Now, residents will have to travel up to 30 miles to another hospital, even as the pandemic threatens a resurgence.

As Southwest Georgia Regional Medical Center closes Thursday, it becomes the 133rd rural hospital to cease operations in the U.S., and the eighth to be shuttered in Georgia, since 2010, according to researchers.

Most people in Randolph County knew of the financial struggles of their critical access hospital before the closure was made public, say those who spoke to the Atlanta Journal-Constitution for this story. Among those the newspaper interviewed were current and former residents, hospital employees, former patients, elected officials, college and business development leaders, as well as the spouses and relatives of doctors who had provided care for decades at the facility.

The public couldn’t overlook the obvious decline in the availability of services and a deterioration of the hospital building, said Ann Bynum, Goodman’s mother and the daughter of Dr. Job Caldwell Patterson, who with his uncle, Dr. Frederick Davis Patterson, established Patterson Hospital in a Cuthbert motel in 1919 before the current building existed.

The hospital hasn’t performed a surgery in decades, and babies haven’t been born there for years, said Bynum, who is 93. “It was just not what it used to be.”

But she, like her daughter and most others in the community who spoke to the AJC, were unprepared for the shock of the announcement that was made in July.

“My brain told me it had to be done,” Goodman said, “but it just broke my heart.” 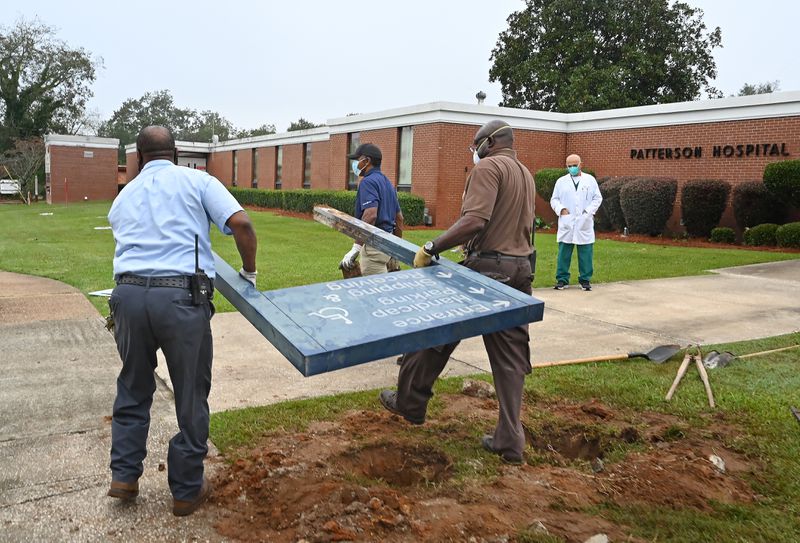 By the time Goodman’s great-uncle was believed to have performed the first operation for appendicitis in Georgia in 1892 on the kitchen table of a patient’s home, the area was seeing explosive growth. (The archives noted that Dr. Patterson’s patient had a speedy recovery and gave birth one month later to a baby who lived.)

Also, by then, Cuthbert had been established as the trading center for the southwestern region, spurred by the creation of the Central of Georgia Railway, which cemented it as the region’s prime access point for farmers to get their crops to market.

By 1919, the younger Patterson followed in his uncle’s footsteps to Cuthbert, called on to help organize a hospital. The younger Patterson received his medical training at the Atlanta College of Physicians and Surgeons, now Emory University Medical School, before he arrived in southwest Georgia.

The Pattersons barely had time to settle into the community before their hospital outgrew its space. And a fire destroyed an early facility in 1946.

Soon after that, the existing building was built on Randolph Street on a parcel of land sold by Dr. Job Patterson to the Housing of Authority of Randolph County for $1. Private residents donated money for the construction. 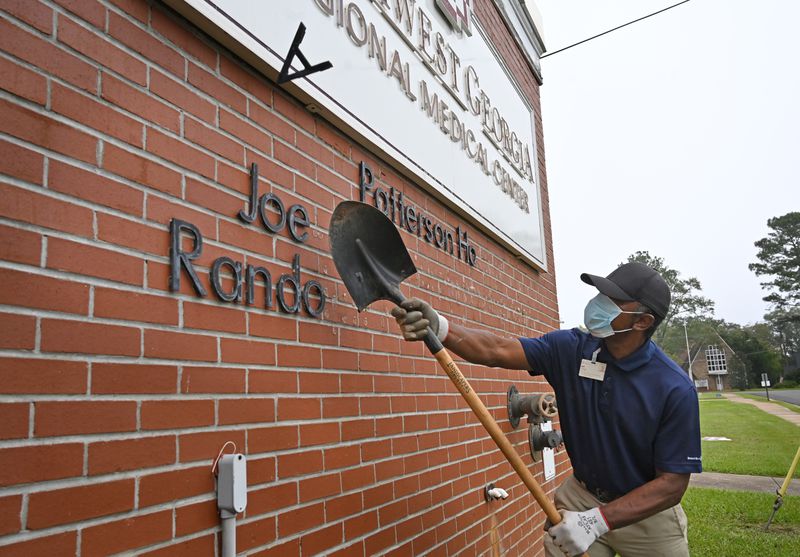 Like many rural hospitals established decades ago in the South, the former Patterson Hospital was founded by physicians who had somewhat of a “missionary spirit,” said Brock Slabach, a former Mississippi rural hospital administrator, who is now senior vice president for the National Rural Health Association in Kansas.

“They usually went off to school, and they went back to what was their home,” Slabach said, “because they wanted to bring home some good quality medicine to people they served and worked with.”

‘A member of the family’

In the next two decades, Cuthbert’s population grew. One chief reason was the hospital, said Glenda Bates, the wife of Dr. John Bates, a family physician at the hospital for more than four decades.

Bates was recruited to Cuthbert in the summer of 1963 by Dr. Carl Sills, a former medical school classmate already working in the town. “Of course, we couldn’t find it on the map,” said Glenda Bates, who picked up her bags, her 1-year-old daughter and moved her family to Cuthbert from Mississippi.

With no emergency room within 45 to 60 miles, a team of four physicians performed thousands of surgeries. “You name it, they did it,” Glenda Bates said.

They re-set bones, removed tonsils, gall bladders and kidney stones. They provided trauma care to those who were hurt in accidents on farms and at the peanut mill in town. Those hurt in wrecks while passing through town also landed in their examination rooms.

“My brain told me it had to be done but it just broke my heart.”

– Patricia Goodman, whose grandfather was a surgeon at Southwest Georgia Regional Medical Center

In 1966, the physicians had to ponder whether to accept federal reimbursements under the new Medicaid program. However, despite the considerable paperwork required to trigger the funding, they concluded they had little alternative. Otherwise, she said, the hospital would have had to eat its losses for patients who couldn’t afford to pay for treatment.

By 1976, when Pat Everson, the hospital’s current director of health information management, started working at the facility, “it was a very thriving little community and the hospital was very well respected,” she said.

She had been drawn to the hospital since she was 10 years old and doctors saved her 40-year father who had almost died of a heart attack. “Dr. Bates, Dr. Sills pulled him through it,” she said. “They were my heroes.” 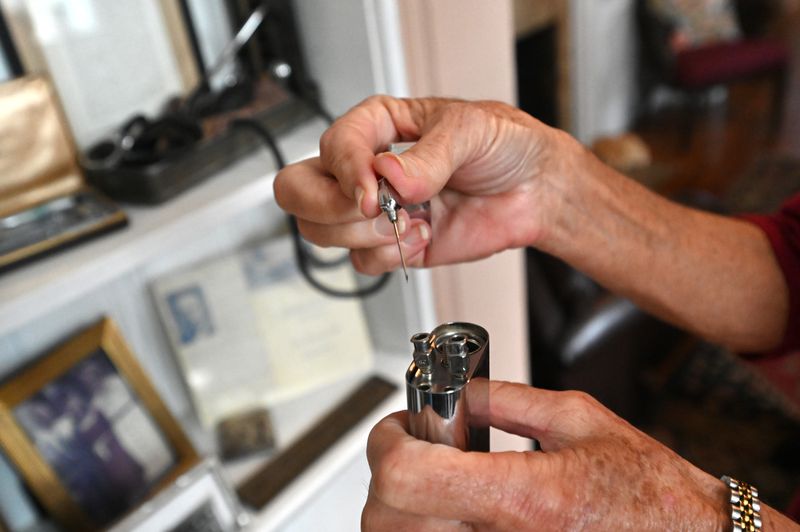 By the early 2000s, when Dr. Bates retired, he had delivered more than 2,000 babies, said his wife, who culled through hospital records to find out.

Bates’ daughter, who moved to Cuthbert with the family at age 1, now works at the hospital as a physician’s assistant.

The announcement of the closure “was a total shock to us, and to my daughter,” Glenda Bates said. “It is like losing a member of the family.”

‘Closed in a proper manner’

As soon as word spread that the hospital was closing, many hospital employees resigned as soon as they secured other full-time employment, but not everyone.

Less than 48 hours before closure, Martha Horn worked her last shift after 36 years as a night shift nurse at the facility before moving on to another job she had secured.

Dollie Rembert, the receptionist who for 26 years greeted visitors when they walked into the facility, was still at her perch in the hospital lobby.

On closing day, employees in the radiology department were still processing lab results and requests for X-rays of patients in the emergency room.

Everson is staying a couple weeks more to receive lab results of patients who were tested this week for COVID-19 and other conditions.

“I need to make sure all this is closed in the proper manner,” she said.

Meanwhile, Christie Lumpkin, the hospital’s patient account representative, had no plans to go anywhere for a long while.

She’d likely be the last employee in the building, expecting to work until Jan. 31, available to meet with those patients who pay bills in-person.

“We have some very dedicated patients who pay their bills every month,” she said.

Lumpkin is among the few who hasn’t looked for another job.

Researchers estimate that for every $5 that comes into a community, $1 is lost when a hospital closes. With the closure of Southwest Georgia Regional Medical Center, area leaders say they are continuing to work hard on revitalization efforts that began in recent years.

“There’s been a real drive basically to turn the lights back on,” said Rebecca White, executive director of the Randolph County Chamber of Commerce.

One focus has been to try to increase foot traffic on the Cuthbert square, with several small shops opening in recent years to liven up the center of town. Another focus is to provide opportunities to young people so they stay in the area.

A major player in the push for revitalization has come from educational leaders at Andrew College, the state’s ninth oldest academic institution, which is housed in a well-maintained Victorian building blocks from the hospital.

“We want to see Cuthbert succeed and Randolph County succeed,” White said. “With that hospital closing, it is devastating, but we don’t to stop that forward momentum.”

Rural hospitals throughout Georgia are at risk of closure, with pressures from the pandemic just the last straw in their financial burdens. In a series of recent stories, The Atlanta Journal-Constitution has been examining why rescue efforts have failedand what reforms could help preserve vital health care services in rural areas of the state.