There are signs. Water comes out of the cold tap tepid instead of hot. The AC kicks on some of the time instead of all of the time. The landscaper wants to put in a winter lawn.

It seems like fall, and it says so on the calendar. But it’s not. Not in Phoenix, where the average high temperature this October has been 100 degrees.

I’ve lived in places where fall was real. The mornings were crisp, the days chilly and the evenings nippy.

As kids in Baltimore, we made contingency plans for Halloween in case it snowed.

But we want it to be fall. So we pretend.

We take selfies with steaming pumpkin-spiced lattes (knowing we’re going to put ice in it so we can drink it).

We put out candles scented with cinnamon and apple spice.

We buy pumpkins (but don’t carve them until Halloween or they’ll shrivel up before we can put a candle inside).

We tie sweaters around our waists on the off-chance we might need them. (We won’t.)

We light fire pits in the backyard because they’re pretty, but abandon them for the AC.

In Phoenix, the only yellow, orange and red we see is when our low tire pressure lights come on in the car, a sign nighttime temperatures are dropping, causing the air inside our tires to condense. 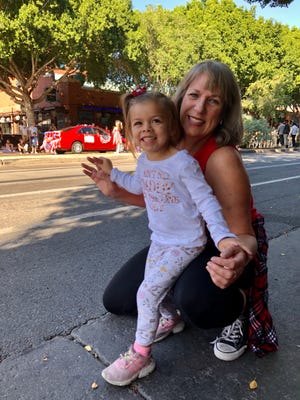 We’ll get cooler days, but they don’t last. Sometime between Thanksgiving and Christmas, we’ll get something that feels like fall. For a week.

After a wicked summer, we deserve it. But we choose it, sipping cold Four Peaks Pumpkin Porter, nibbling on pumpkin chocolate chip cookies and overheating in thermal shirts.

Because fall in Phoenix is a state of mind. 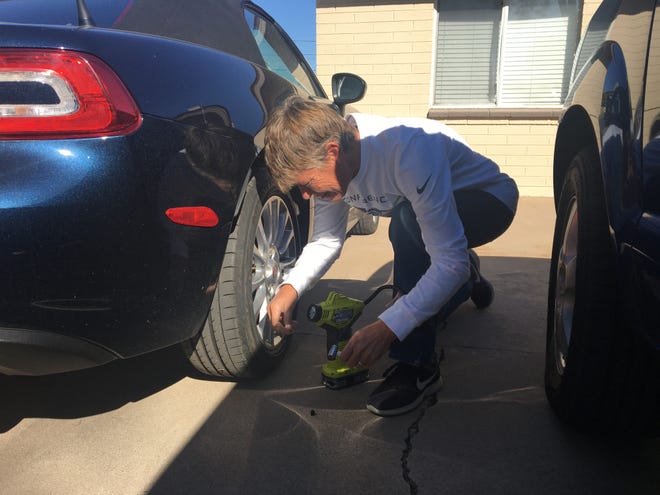