As Election Day draws closer, the Asian American vote could help decide one of Georgia’s most competitive congressional races.

“I want to reach out to them and make sure they know they have someone who will listen to them and be an advocate on their behalf,” Bourdeaux said at a virtual press conference held Oct. 22 by the Democratic Congressional Campaign Committee.

Asian Americans “literally will make up the margins of victory in key races across our battlefield,” said U.S. Rep. Cheri Bustos, chairwoman of the DCCC, in the press conference. Campaigns and activists on both sides of the aisle in Georgia have realized that, and major efforts are underway to reach the once-ignored demographic group. 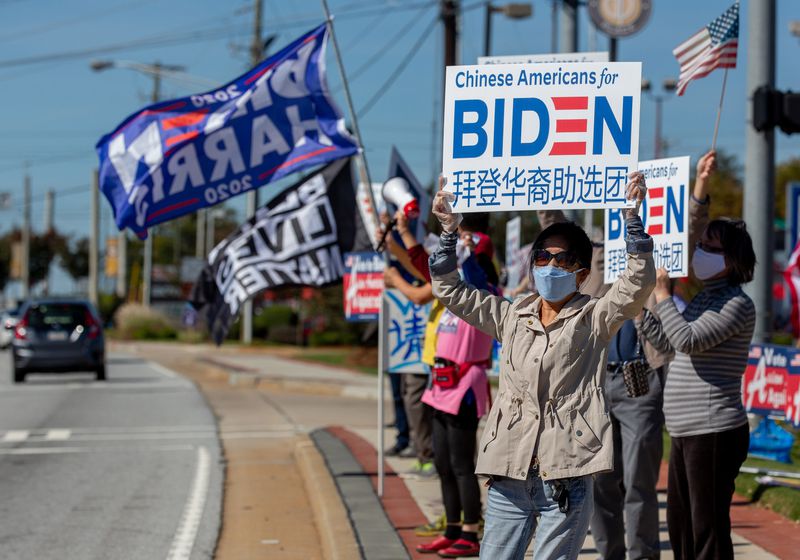 Nationally, Asian Americans tend to favor Democrats; their vote split 66% for Hillary Clinton and 33% for President Donald Trump in the 2016 election, according to the National Exit Poll, which is commissioned by major media outlets including NBC and NPR.

Asian American candidates in both parties are helping create a bridge between their communities and the political world, reaching out in locations and languages that non-Asian candidates often neglect.

“A lot of conservative, more Republican-minded Asian American groups, they just haven’t had too much engagement,” said Soo Hong, the Republican candidate for Georgia House District 102, which includes parts of Sugar Hill, Suwanee and Lawrenceville. “A lot of them have been here for 20, 30 years and are voting for the first time this year. That’s not only because they’re seeing Asian American candidates, but they are engaged more.”

The pandemic has increased the sense of urgency for many Asian Americans, who feel not only the economic and health impacts, but an increased fear of discrimination and hate. The new coronavirus originated in China, and Trump has derisively referred to it as the “China virus.” More than 2,000 incidents of anti-Asian harassment and violence have been reported nationwide since the pandemic’s emergence in the U.S., according to data from Asian Pacific Policy and Planning Council and Chinese for Affirmative Action.

Although Trump won Georgia in 2016, the state as a whole has become increasingly Democratic-leaning and this year became a battleground for the parties. Even though Asian American voters make up only 2.5% of Georgia’s active registered voters, or about 193,000, the close margins make them key in races like the 7th Congressional District. In Gwinnett, where a quarter of the state’s Asian American population lives, they make up 9.5% of registered voters.

“A lot of people in the state were not being talked to because we were not in a swing state,” said Aisha Yaqoob Mahmood, director of the Asian American Advocacy Fund. “Asian American communities and immigrant communities were not considered a powerful voting bloc in 2016… But we have a massive voter population in key areas.”

As Asian Americans’ voting power has grown in Georgia,campaigns and political groups have been challenged to find ways to reach them across cultural boundaries. They have long been perceived as hard to organize by political groups because of their diversity of nationality and language.

The umbrella of the term “Asian American” covers a wide swath of languages, cultures and religions, from Bangladeshi Muslims to Korean Christians. Even if people have the same national origin, they may not speak the same language. Indian Americans are the largest group of Asian Americans in Gwinnett and Georgia, and India has 23 official languages.

Most metro Atlanta counties only provide elections materials in English. Gwinnett is required to provide them in both English and Spanish under federal law, and does not voluntarily provide them in any other language. That leaves activists and outside groups to fill in the language gaps. 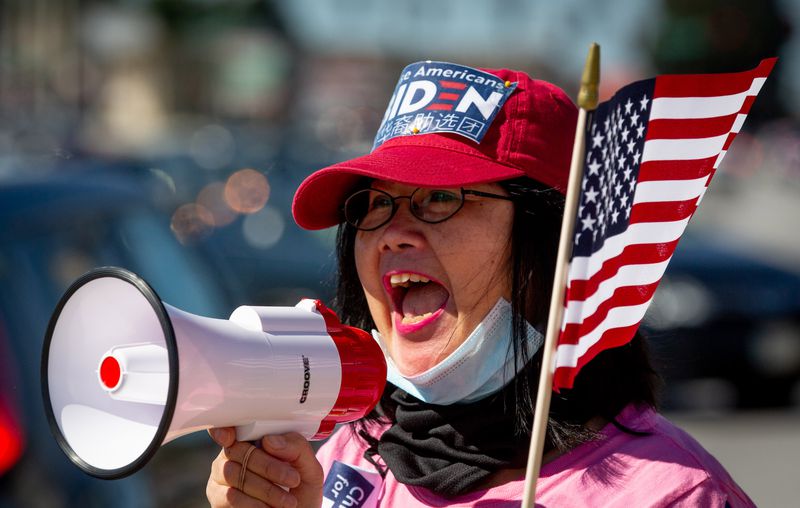 Some Asian American voters are helping campaigns communicate. BiLan Liao, a 66-year-old Norcross resident who immigrated from China more than 20 years ago, is the chairperson of Georgia’s Chinese-Americans for Biden chapter. She volunteers her time writing postcards in Mandarin to send to other Chinese immigrants in Georgia and across the country, telling them how to check if they’re registered to vote and apply for absentee ballots.

“The problem is that the Chinese-American community doesn’t have much information about Joe Biden’s policy,” Liao said. “We translate Joe Biden’s policies into Chinese and send them out almost every day.”

Despite cultural differences, multiple Asian American organizers cited the same challenge in reaching older, first-generation immigrants: While they’ve done the work to become U.S. citizens, they are simply not used to participating in American politics.

“Korean-Americans are notorious for not paying much attention to American politics,” said Jason Park, a Sugar Hill lawyer who has volunteered with the Joe Biden presidential campaign to reach Korean-American voters. “The same folks are very much interested in politics back in Korea.”

But more of these older, harder-to-reach voters have become more involved partly due to an increase in Asian American candidates who share similar life experiences.

“I didn’t see that especially local candidates were reaching out to hear the concerns and voices of the Asian American community,” said Hong, who moved from South Korea to Georgia with her family when she was 10 years old. “That comes from both sides, and a lot of Asian Americans and a lot of immigrants feel more comfortable speaking with someone who looks like them and may understand that journey.”

“Representation matters, and especially for immigrant communities,” said state Rep. Sam Park, a second generation Korean American Democrat who represents parts of Lawrenceville and Suwanee. “When they see themselves reflected in leadership, it’s a reminder that the American dream is alive and well, and if I can do it, so can they. It also sends a message that our government is inclusive, and our leadership is inclusive, and gives them incentive to participate in our democracy.”

The vice presidential nomination of U.S. Sen. Kamala Harris, who is half Indian and half Black, has also motivated many South Asians — from countries including India, Pakistan and Bangladesh — to become more involved in the election, Mahmood said.

“Before the vice presidential nomination, I didn’t feel as much excitement about the race as I did after the nomination of Kamala Harris,” said Mahmood, who is Pakistani American. “I am thoroughly surprised to see how many Indian Americans are getting involved, volunteering with us or with campaigns. It’s a level of excitement in that particular community I haven’t seen before.”

As campaigns have turned more attention toward Asian American voters, many have felt more motivated to participate in the upcoming election. Many of their top concerns are the same as voters across demographic group — the COVID-19 pandemic and its health and economic impacts.

“Asian people see in China, South Korea and Vietnam the pandemic is contained. Why can’t we contain it in the U.S.?” said Cam Ashling, an Atlanta resident and Democratic organizer who came to the U.S. as a refugee from Vietnam in 1988. “It’s hurting small businesses, and particularly Asian American businesses because they have a harder time getting PPP (federal) loans because of the language barrier.”

The increased incidents of anti-Asian harassment and violence related to the pandemic have jolted awake some Asian American voters who may have been previously disengaged from politics.

“A lot of (Korean) people who live in Atlanta came in the ’90s and on. We feel like this is not the country we came to seek,” Jason Park said. “A lot of people are alarmed about the emergence of white supremacists and the president’s unwillingness to address it. Living in the heart of the South, this is an alarming trend. People who have been living here 20, 30 years have not before experienced this threat.”

Asian American Trump supporters have also found strong motivation in this election. Like Republicans of all races, many are concerned about some Democrats’ embrace of socialist principles. Cao Thái Hải, co-founder of Vietnamese-American Republicans of Georgia, can’t help but draw parallels to his home country’s history.

As voters seal their absentee ballots and wait in line at polling places, this may be the election that shows Asian Americans can no longer be ignored.

“We’re like a sleeping giant in the political world,” Ashling said. “We’re going to wake everybody up, and it’s going to be madness.”