As COVID-19 cases are once again on the rise in Arizona, large events have begun returning to Scottsdale, with the Barrett-Jackson collector car auction kicking off this week.

Barrett-Jackson, one of the country’s top collector car auctions, announced this summer that it would bring its usual Las Vegas and Palm Beach, Florida, auctions to WestWorld of Scottsdale.

The auction will run through Saturday. It looks markedly different from the company’s flagship January auction because of restrictions still in place to curb the spread of the new coronavirus.

Only bidders, consigners and vendors are allowed into this week’s events, in an effort to enforce social distancing. That’s a departure from the crowds of thousands that are a hallmark of the event.

Masks are required for all. Plexiglass barriers have been put up, and staff members are wearing personal protective equipment.

Barrett-Jackson isn’t the only large-scale event kicking off this fall in Scottsdale. The auction comes on the heels of Arizona Bike Week, an annual festival celebrating motorcycles at WestWorld, and ahead of the Stella Artois Polo Classic, held at WestWorld’s Polo Field.

While Gov. Doug Ducey’s executive order that limits public events to fewer than 50 people is still in place, the order allows cities to approve events that meet certain safety precautions, such as social distancing.

At least one Scottsdale City Council member wanted more details ahead of the fall Barrett-Jackson auction about how the event would keep its attendees safe.

However, Arizona’s COVID-19 infection rates have risen in recent weeks. Daily case counts, hospitalizations, ICU beds in use and ventilators in use have seen gradual increases. After weeks of decline, the spread of the virus is now back to the same level as early June. 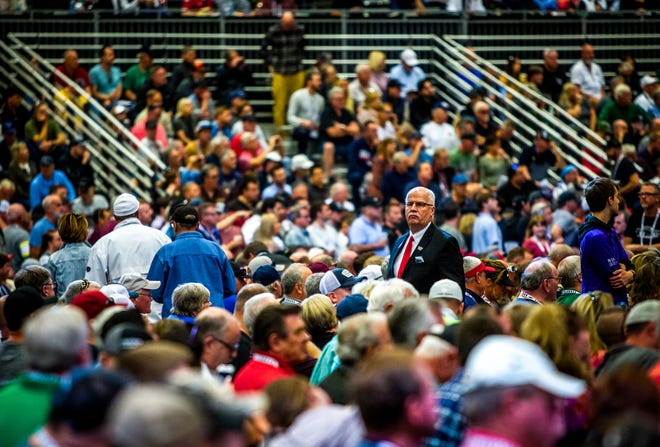 What are the safety measures?

At least 11 events are planned for WestWorld through the end of the year.

Each event must submit a written health and safety plan to the city and address their plans on reducing crowd sizes, enforcing mask requirements and promoting proper hygiene practices, according to city spokesperson Kelly Corsette.

Corsette said the city doesn’t limit attendance for large events. Each individual event producer makes a proposal based on how many people will attend and which areas of WestWorld will be used.

Barrett-Jackson General Manager Nick Cardinale said at a council meeting last month that 2,000 people at a 40-acre facility like WestWorld isn’t as dense as it sounds.

Cardinale described the safety measures for the auction, including:

Plexiglass between staff and visitors and on tables to separate guests while dining.

Removing the sidewalls on the WestWorld tents that typically house the auction, ensuring that the event is an open-air event.

Prohibiting access to the general public and only allowing bidders and consigners into the event.

Temperature checks at the door, a mask requirement for all attendees and personal protective equipment for all staff.

Social distancing between seats, including clustering seats into pods where only attendees who come together can sit together.

“We’re trying everything we can to make everybody is safe,” Cardinale said.

City Manager Jim Thompson also said the city installed UV treatment in WestWorld ahead of the car auction to treat the air through ionization. 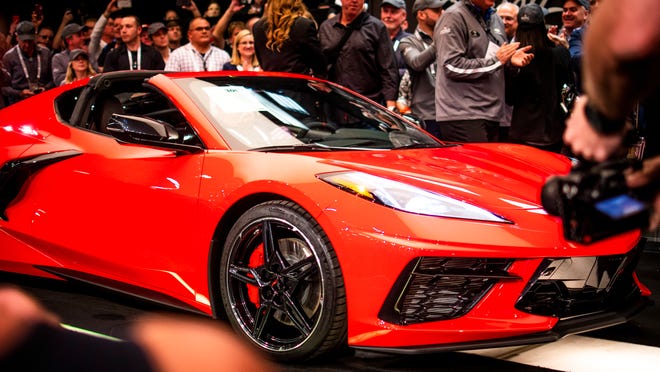 Thompson said that the city goes through each health and safety plan in detail and coordinates with multiple city departments, including police and fire, to ensure there is adequate security on site to enforce those rules.

“Even though they give us a plan, we want to make sure it’s enforced,” Thompson said.

Jason Rose, a public relations specialist and founder of the Polo Classic, said the first operational plan for the event submitted to the city outlining health and safety proposals was rejected. A plan was approved after several conversations with the city to adjust for distancing and reducing capacity, among other details.

“Anything that you can imagine is requested. The bottom line is, how are you going to organize a safe event?” Rose said. “I would say it was a rigorous process to get us where we need to go.” 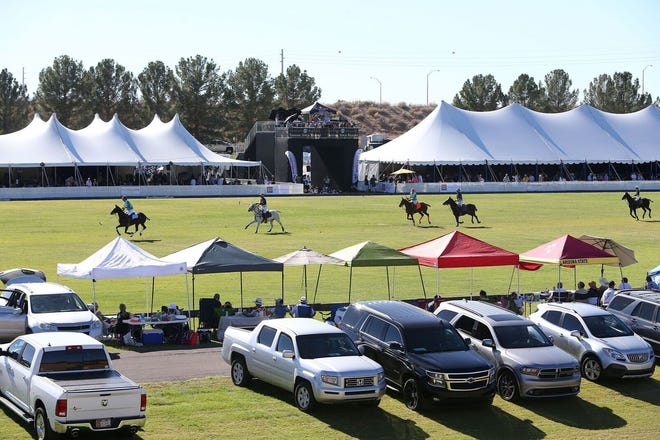 Corsette, the city spokesperson, said that event plans may need to be adjusted and guidelines made more restrictive depending on COVID-19 case numbers.

For Barrett-Jackson, which had branded this year’s events the “Road to 50,” referencing the company’s 50th anniversary auction next year, plans for the 2021 auction could still be in flux.

Jones, the Barrett-Jackson spokesperson, said public health and safety are at the forefront of the company’s planning efforts.

Scottsdale Councilwoman Solange Whitehead said at a meeting last month that she was impressed with the creative ways Barrett-Jackson had imagined to adapt the current restrictions, calling its plan a model for future events.

“We do have to evolve our event to the new COVID reality, ’cause I think it will be with us for a while,” Whitehead said.