Among the dozens of donors listed as contributing to Tim Seay’s campaign for Phoenix mayor is Marvin Cox, a former fire chief in Maywood, Illinois.

His is one of several contributions on Seay’s campaign finance reports that raise questions, including others that came from people who told The Arizona Republic they had not contributed to his campaign.

Seay and another candidate, Merissa Hamilton, are challenging Mayor Kate Gallego in the November election, which is a primary election for the position but would be decided if a candidate gets more than 50% of votes.

Other contributions on Seay’s finance reports include:

An Arizona resident listed as contributing $5,000 who told The Republic no such contribution was made. The resident did not know Seay was running for mayor.

An Illinois resident listed as contributing $5,000 who also told the Republic no such contribution was made. The resident did not know Seay was running for mayor. Another person listed at the same address on Seay’s report was unknown to the resident.

Seay did not directly answer The Republic’s questions about these contributions. In an email, he said generally that he knows he has “made some mistakes” on his campaign finance reports. He said that was due to his lack of experience as a candidate andinability to find an experienced campaign manager.

“I have to fumble my way on how to do things including campaign finances. I will spend some time making corrections first chance I get,” he wrote.

Seay, a political newcomer, is taking on an incumbent with more name recognition and far more in her campaign bank account. Gallego raised about $1.5 million by Sept. 30, according to her latest campaign finance report. The third candidate in the race, Merissa Hamilton, raised about $111,000.

Seay’s residency in the city, a requirement of people running for mayor, also has been questioned. 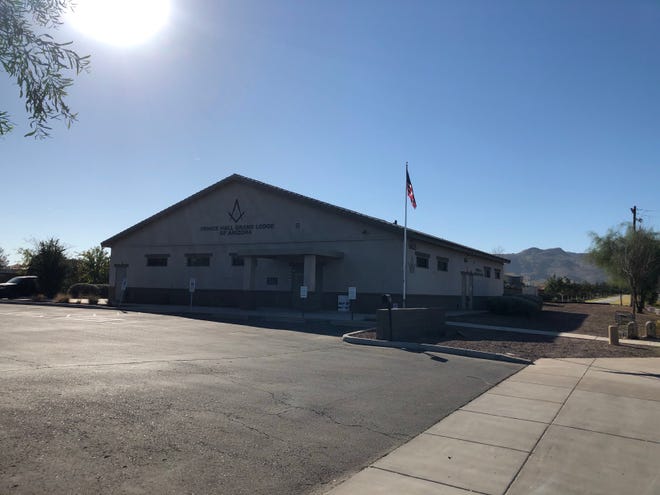 A Maricopa County Superior Court judge dismissed a July complaint filed by a Phoenix resident about that requirement, however. The judge found that Seay, a Freemason currently serving as most honorable grand master for The Most Worshipful Prince Hall Grand Lodge, Free and Accepted Masons of Arizona, lives at the organization’s lodge in south Phoenix.

The lodge, which is listed as Seay’s address on voter registration records, is not approved for residential occupancy, according to information provided by the city.

The Republic reviewed Seay’s contributions in detail after noticing a pattern: The vast majority of the 66 contributions are either for $5,000 or $6,000, close to the $6,450 maximum individual contribution allowed under state law.

It’s unusual for a local candidate to get mostly high-dollar contributions of the same amount from individuals.

ELECTION:Meet the candidates for Phoenix mayor and City Council

The seven remaining contributors gave between $100 and $700. All but one of these smaller-figure contributors live in Arizona.

The Republic tried to locate each named donor, and was able to reach nine donors and leave messages for 17 others. Of the nine reached, three said the contribution was inaccurate. Two said they contributed, but declined to verify the amount. The others declined to talk.

The remaining 36 donors could not be located, for several reasons. 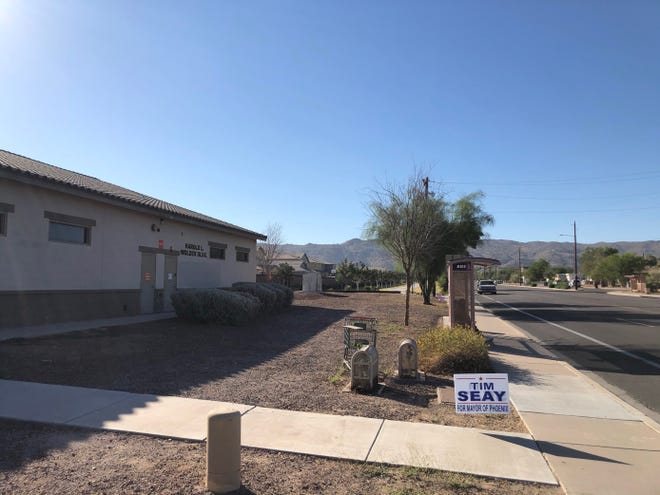 Three of the people The Republic did reach said their names or addresses were incorrect on the campaign finance reports.

The only contribution Seay commented on directly was the one from Cox, who died in 2019.

“Marvin was my friend,” he said in a brief phone interview. “He passed away. Marvin donated money to me the first time I was running.”

Seay was referring to his previous run for Phoenix mayor in 2018. He campaigned, but did not qualify for the ballot. Seay did not include the contribution on his 2018 campaign finance reports.

In an email, he said that some of his friends had donated to his 2018 campaign and, when he didn’t make the ballot, they told him to use the money for his next campaign. He did not provide names for those donors.

In his emailed statement, Seay focused mostly on the harassment, racism and unfairness he saidhe has faced as he tries to become Phoenix’s first Black mayor.

On the phone, he said people warned him about the harassment he would face. As a reporter tried to ask him questions about the contributions, he repeatedly asked the reporter to stop bothering him and his friends, and said the questions were jeopardizing his safety.

How much has Seay spent?

About $2,100 for items such as face masks, hand sanitizers and water.

No complaints filed on Seay’s reports

The Phoenix city clerk collects campaign finance reports and reviews them only if a complaint is filed, according to a city spokesperson. The clerk has received no such complaints about Seay’s reports.

Arizona campaign finance law requires candidates to file reports with an itemized list of name, address, and exact amount donated, for every donation accepted over $50, according to Arizona election law attorney Thomas Basile, who spoke generally to The Republic about the state’s campaign finance law, not specifically about Seay’s campaign. 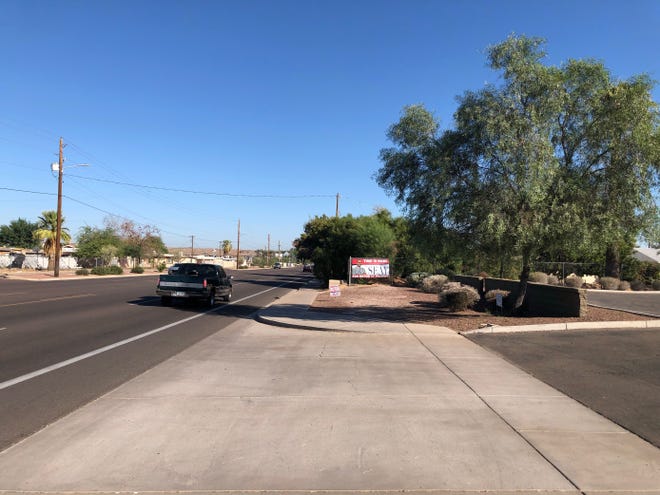 Basile said that listing a wrong amount contributed for a donor would be a violation of campaign finance law.

If the Clerk’s Office receives a complaint, officials there conduct a “reasonable cause” investigation to determine whether a violation occurred, according to state law.

If that’s found, the matter is referred to the City Attorney’s Office for possible enforcement.

While state statute doesn’t give any leeway for “innocent mistakes,” Basile said, sometimes city clerks decide to ask a candidate to correct a mistake in their report and dismiss a complaint.

Usually only in instances where you have serious, repeated or potential errors does it commonly escalate to penalties, Basile said.

The penalty would be equal to “the value or amount of money that has been received, spent or promised” in violation of state law, according to state law.

What Seay would do as mayor

Seay said he has served as most honorable grand master for his organization since 2016.

Along with that role, Seay said he teaches nonprofit business classes at the Grand Lodge and runs a nonprofit called Square-N-Compass that uses social events to raise funds for community service projects.

At least eight of Seay’s campaign contributors are involved with Freemason activities, The Republic found.

Seay, 55, said he has lived in Phoenix for 20 years and decided to run for office after several people asked him to and after he had a dream about it.

His experience as a small business owner, he said, will allow him to solve the community’s problems. He said his priorities as mayor would include addressing public safety concerns by building the relationship between the police and the community, bringing better jobs to Phoenix and improving council relationships.

“I believe we need leadership to have the council be all on the same page,” he said.

Seay calls himself a humanitarian, not a politician, and says he has more leadership skills than his competitors.

Living at the lodge

A Phoenix resident named Carmen Arias filed the complaint about Seay’s residency in court. Any resident can bring a residency challenge; it’s unclear whether Arias and Seay have any connections. 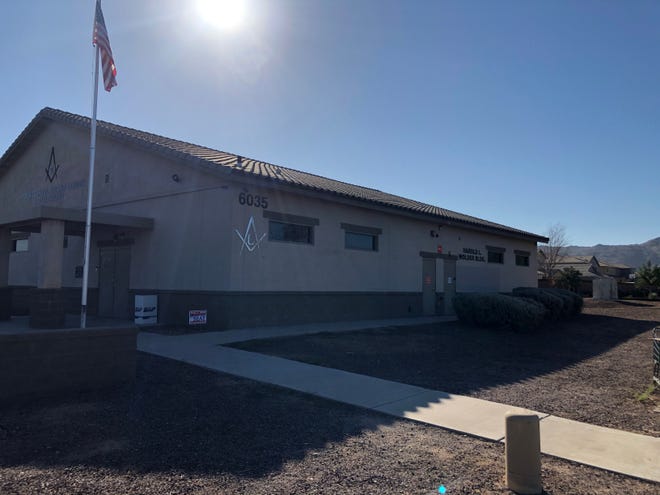 Seay lists his residency on his notice of candidacy as 6035 S. 24th St in Phoenix. That’s the address for the Freemason lodge and it’s also Seay’s address in voter registration files.

Phoenix code requires a candidate for mayor “maintain the candidate’s permanent residence within the city,” and the city defines residence as “that place in which a person’s habitation is fixed, and to which the person has the intention of returning when absent.”

Seay told the court that the lodge is where he lives and works, and said the building has bedrooms, a bathroom and shower, and a kitchen.

Building plans filed with the city show several rooms labeled as offices, a breakroom, and a men’s and women’s bathroom, but no rooms are labeled as bedrooms or a kitchen. The bathrooms don’t appear to have a shower.

The lodge is approved for business or assembly occupancy, according to a city spokesperson. It is not approved for residential occupancy — meaning that no one can live there unless new building plans are submitted.

Arias hired private investigators to do “limited surveillance” and she told the judge that investigators concluded that Seay lives at a house in Glendale.

County records show that someone with his name owns a house in that city.

The judge denied the complaint.