Third Eye Blind rocked the opening night ofa socially-distanced drive-in concert series in the parking lot of the Arizona State Fairgrounds, the stage surrounded on all sides by rows of cars.

Some people chose to stay inside those cars and tune in to the concert on a special FM station.

Others stood outside their vehicles, which had been spaced with social distancing in mind.

When Stephan Jenkins and his bandmates left the stage after bringing the set to a dramatic close with “Light It Up,” fans demanded an encore not by chanting “Third Eye Blind” so much as laying on their horns.

And that was nothing compared to the chorus of honks that applauded their encore performance of “Semi-Charmed Life.”

It was surreal to say the least.

As Jenkins announced before sending the fans on their way with an understated encore-closing “How’s It Going To Be,” “Thank you all again for coming and sharing some of this weirdness together.”

A lot of artists have been screening virtual concerts they’ve filmed in advance to show at outdoor venues, including recent Arizona screenings by Garth Brooks, Blake Shelton, Metallica and Kane Brown.

Having been to Shelton and Metallica, I’m here to tell you: Those don’t feel a thing like like any concert I’ve experienced.

But seeing Third Eye Blind perform three rows of cars away on a really high stage in the round as golf carts drove by hawking beer? Sharing some of this weirdness together felt amazing after seven months of being made to go without live music.

As surreal experiences go, it didn’t feel at all like being made to settle for the next best thing to being there. 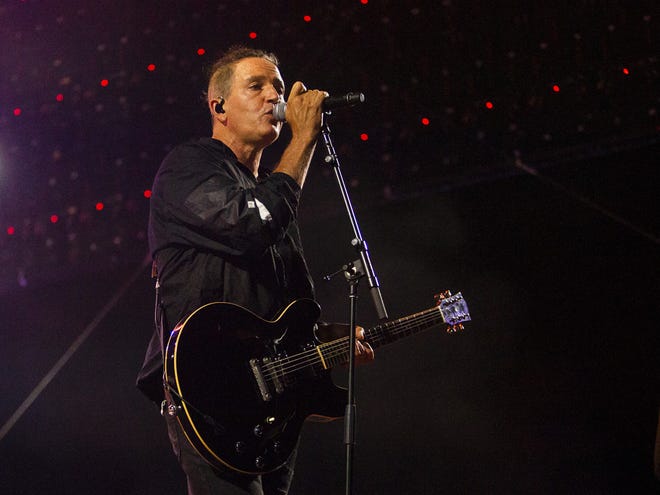 And shockingly enough, it pulled that off while also feeling safe, which is fairly important as COVID cases continue to spike.

It even sounded like a concert on the special FM station if you cranked it loud enough, from the explosive drums of “Wounded” to the squealing lead guitar in that medley of “10 Days Late,” “A Thousand Julys” and “Graduate.”

And if you chose to stand outside your car, it sounded even better.

The guitar sound in particular had some bite to it, which really came in handy on their cover of the Joy Division song, “Disorder,” a post-punk classic they recorded earlier this year for the 40th anniversary of Ian Curtis’ death by suicide.

It was one of two songs honoring the memory of a dead musician.

They opened the encore with a surprisingly faithful rendition of Van Halen’s “Ain’t Talkin’ ‘Bout Love,” Jenkins channeling Diamond Dave’s phrasing in places while wisely avoiding the urge to do one of those famous mid-air splits.

The set was drawn primarily from two albums — “Screamer” (after all, this was the two-day “Screamer” tour) and 1997’s six-times-platinum mainstream breakthrough, “Third Eye Blind.”

That meant the fans who came for the nostalgia got the chance to sing along to songs they sang along to more than 20 years ago while Third Eye Blind could be excited about sharing new material, which held up rather nicely in the company of early hits as contagious as “Semi-Charmed Life” and “Jumper.”

Saturday’s performance was the San Francisco alt-rock veterans’ second drive-in concert of the weekend, following a Concerts in Your Car event on Friday night at Del Mar Fairgrounds.

Jenkins talked about how they’d released an album titled “Screamer” last October and had booked a tour this year that pretty much sold out before they had to cancel the entire tour when COVID-19 put the industry on hold in March. 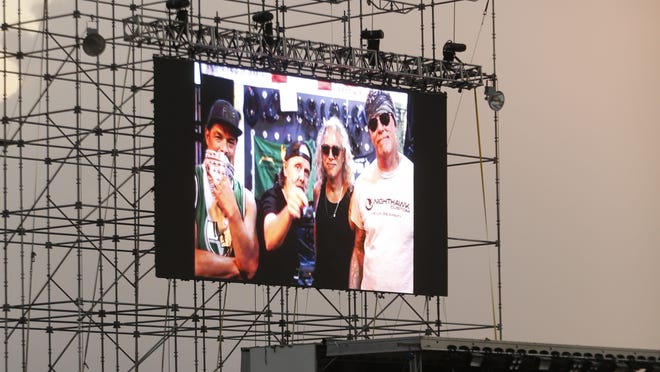 “So we thought, actually, last night was the opening night of the tour,” he said, “and tonight is the closing night of the ‘Screamer’ tour, so thank you all very much for coming.”

Then, he honored a request for “Deep Inside of You” on acoustic guitar after admitting, “Now I realize I’m not totally sure if I know how to play it.”

It turns out he knew how to play it.

“The Kids Are Coming (To Take You Down)”

“Deep Inside of You”