ON THE GEORGIA TRAIL

One of the larger Democratic campaign rallies of this election cycle was held Saturday in a place where the party long struggled to compete. Now, if Joe Biden and his allies have any chance of flipping the state, they’ll need to run up the score in Gwinnett County.

Since Hillary Clinton carried the county in 2016, Gwinnett has become a cornerstone of the Democratic formula in Georgia. Stacey Abrams won about 57% of the vote in 2018, and statewide Democratic candidates are trying to push 60% this cycle. 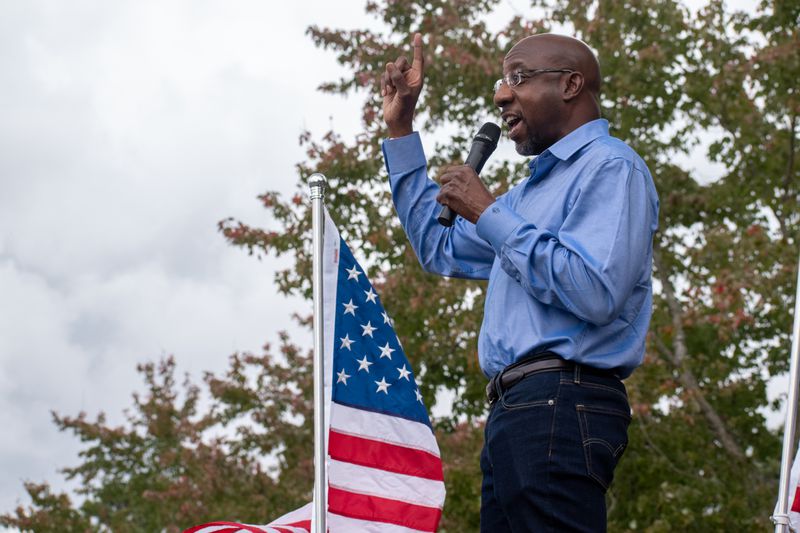 “It’s certainly one of the more diverse counties in our state,” said Raphael Warnock, the Democratic front-runner for U.S. Sen. Kelly Loeffler’s seat. “It represents the new and emerging American and I think it will have a signal role in flipping the state blue.”

Warnock joined other Democrats for a socially distanced rally that attracted dozens of supporters at a Lawrenceville park. Jon Ossoff, locked in a tight race with U.S. Sen. David Perdue, spoke from the back of a pickup truck. So did Carolyn Bourdeaux, who is aiming to flip the Gwinnett-based 7th District.

“We need change because we need to renew our democracy,” said Bourdeaux. “We need leaders who respect the rule of law and who are going to advocate for basic things like voting rights.”

Both Warnock and Ossoff separately mentioned the alliance they’ve formed in their U.S. Senate bids representing an emerging coalition of voters: Warnock as pastor of the historic Ebenezer Baptist Church, one of the nation’s most iconic Black churches; and Ossoff, the Jewish son of a mother who immigrated from Australia.

“The reverend and I are running together and we have in 2020 in Georgia, after a decade of organizing and voter registration and volunteer training and mobilization, the chance to elect two new U.S. senators – both of us mentored by Congressman John Lewis,” said Ossoff.

“One, a young Jewish man. One, the senior pastor at Ebenezer Baptist Church – a moral leader for our state.” 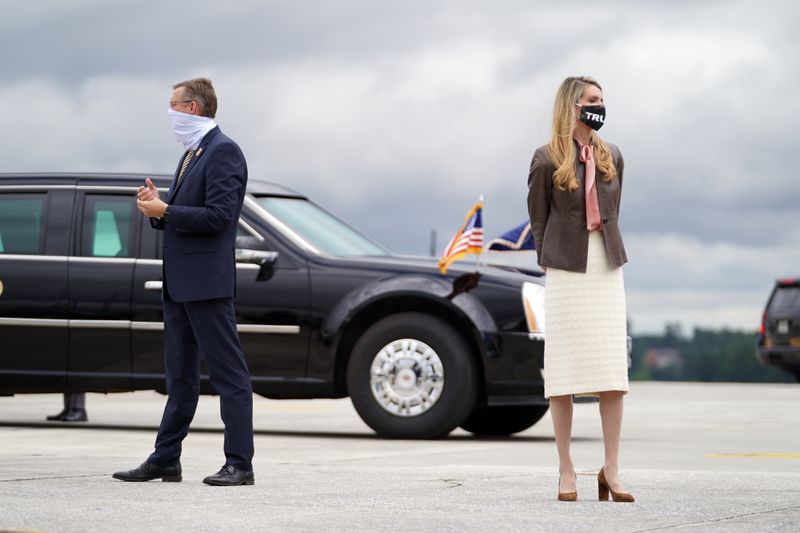 U.S. Sen. Kelly Loeffler long maintained that she was willing to spend at least $20 million on her special election bid. When she crossed that threshold this week, her Republican arch-rival framed it as a sign of desperation.

With polls showing a tight race for a spot in a likely January runoff against Warnock, Loeffler recently pumped another $3 million of her own fortune into the race, bringing the grand total to $23 million. U.S. Rep. Doug Collins, a four-term congressman, told a crowd in Cordele she’s not done spending yet.

“This is how desperate it’s getting,” said Collins. “She thinks that money can buy this thing. She put in $3 million more money yesterday, and we heard there’s another $3 million coming.

“I don’t know what you’re going to do with that the rest of this campaign. The money can be there, but the votes are going to talk. The last time I checked, Georgia’s not for sale. And it’s never going to be for sale.”

She said in a social media post that she’s in Washington preparing to vote to confirm Supreme Court nominee Amy Coney Barrett, whom she called a “real conservative.”

“Because the very LAST thing America needs is more fake conservatives like you and John Roberts in positions of power,” she said, swiping Collins. “But don’t worry, I’ll be back in GA soon to beat you & Warnock.” 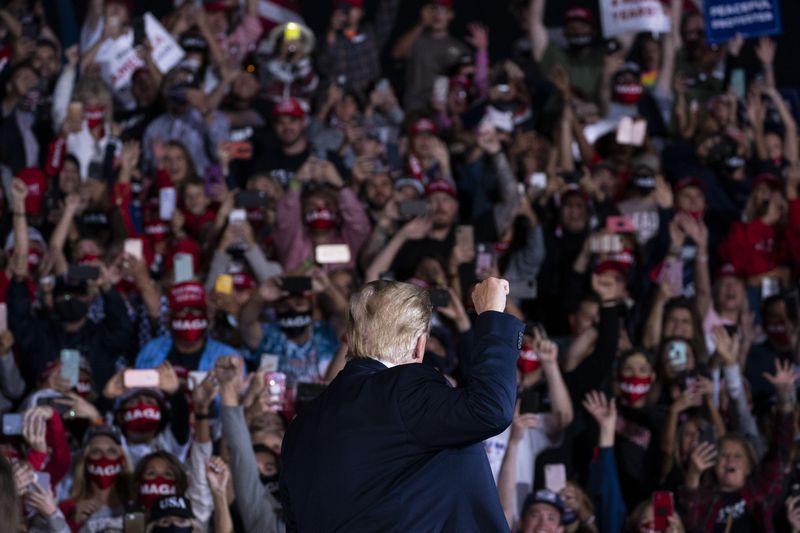 Brad Carver walked door to door along a tree-lined street in Sandy Springs, armed with flyers plastered with President Donald Trump’s face and a smartphone app identifying which of the residents inside the tidy ranch homes were most likely to vote Republican.

He had hardly arrived at one flag-festooned house when the owner walked outside to utter seven words to the GOP canvasser: “I’m Trump. And Republican down the line.”

The presidential race is dominating all facets of Georgia politics, and Trump’s race against Joe Biden has shaped the down-ticket races that will decide who controls a state once so solidly Republican that Trump and Hillary Clinton hardly bothered to campaign here in 2016. 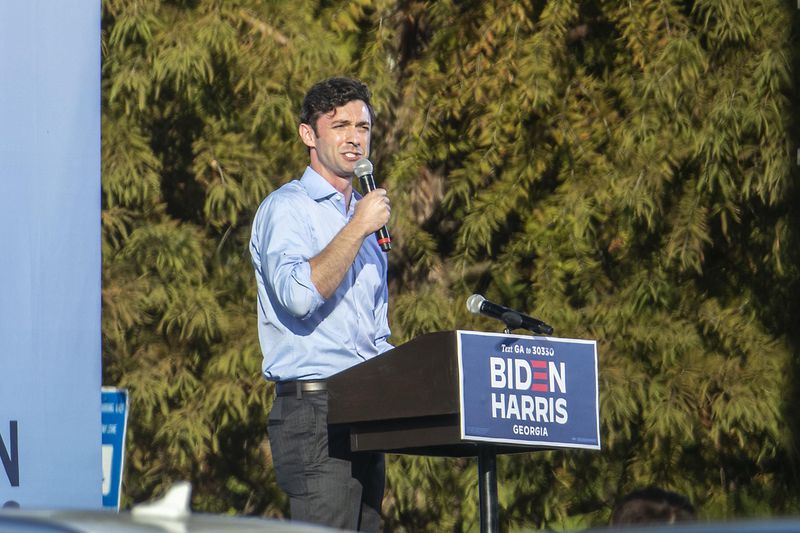 While Democrats have resumed in-person campaign events, they are still squeezing in a few Zoom calls in the last days of the campaign.

Jill Biden, an educator who is the wife of Democratic presidential nominee Joe Biden, is headed back to Georgia on Monday. She plans stops in Macon and Savannah to rev up Democratic early voters.

She’s the latest in a string of big-name visits to rally in Georgia. Vice presidential nominee Kamala Harris stumped in Atlanta on Friday, and President Donald Trump held a rally in Macon last week.