By Stephen Deere, The Atlanta Journal-Constitution

This year’s presidential election occurs at a time when building bridges between Democratic big city mayors and the leader of the free world couldn’t be more important.

With Mayor Keisha Lance Bottoms’ early endorsement of Democratic presidential nominee Joe Biden, and by sticking with him through the primary when it appeared his campaign was on life support, Atlanta’s mayor may have already accomplished that feat.

A Biden victory over Donald J. Trump Nov. 3 would position the city for a cascade of benefits, experts and politicians told The Atlanta-Journal Constitution.

In the past, close ties between City Hall and the White House helped move interstate highways to expand the airport, provided funding for the 1996 Olympics and gave Atlanta mayors a voice in shaping national initiatives.

Georgia-based Republican strategist Brian Robinson said he believes the state would continue to be successful under another four years of Trump. But Robinson acknowledged that a Biden victory would hold significant rewards for the city.

Biden thinks so highly of Bottoms that she became one of a handful of people he considered as potential running mates.

The last four years serve as even more proof that relationships matter.

The global pandemic and racial unrest this year have highlighted the tremendous fissure in the politics of solving some of the countries most pressing issues.

In recent months, Trump’s rhetoric and actions toward the leaders of large Democratic-led urban areas have grown increasingly hostile. He has called them “anarchist jurisdictions,” blamed them for surges in violent crime and threatened to cut off federal funds for COVID relief and other health initiatives over their response to civil unrest.

Bottoms said a Biden administration would bring stability and leadership in areas where the federal government is supposed to lead, like handling the pandemic.

“As mayor, I already have a very difficult job on a normal day,” Bottoms said. “But it’s made that much more difficult when you are constantly having to respond to national issues.”

‘A seat at the table’

Columbia S.C. Mayor Steve Benjamin, a past president of United States Conference of Mayors, knows exactly what it’s like to have the ear of officials in the West Wing.

He helped Barack Obama campaign for the presidency in 2008. When Benjamin became his city’s first Black mayor in 2010, he estimated that he visited the White House six to 10 times a year.

Benjamin said that relationship allowed him input on recommendations that came out of Obama’s Task Force on 21st Century policing, particularly in the area of requiring officers to wear body cameras. Columbia became the first city in South Carolina to have all its officers wear the devices, he said.

Robinson, the Republican strategist, said White House access can play out in subtle ways — for both politicians and residents. He pointed to former Gov. Sonny Perdue’s post as Trump’s agriculture secretary.

Agriculture is Georgia’s most important industry, and Robinson said a number of people in that business have Perdue’s cell phone number.

‘We’re going to take care of this’

Former St. Louis Mayor Francis Slay said values can be just as important as relationships. Biden recognizes cities as engines that drive industry and the economy, he said.

Slay, mayor from 2001-17, said the former vice president helped his city without even being asked.

During the great recession of 2008, money from the American Recovery and Reinvestment Act was allocated to states, which then provided funding to cities. At the time, Republicans held the majority of seats in the state capitol.

Slay recalled that St. Louis, the second largest city in Missouri, received less than one quarter of one percent of the money — roughly $3 million.

On national television, he called the move an insult to the residents of his city. Soon after an appearance in St. Louis, Biden sought him out.

“He grabbed me around the neck and said, ‘We are going to take care of this,’” Slay recalled.

In Atlanta, the airport provides one of most prominent examples of a Democratic mayor overcoming the opposition of state lawmakers with the help of a president.

Maynard Jackson, the city’s first Black mayor, wanted a new terminal in the 1970s, but it required relocating I-85 — a prospect for which the Georgia General Assembly scoffed, said Angelo Fuster, a political consultant and Jackson’s press secretary at the time.

“That was the kind of thing people thought was impossible,” Fuster said. 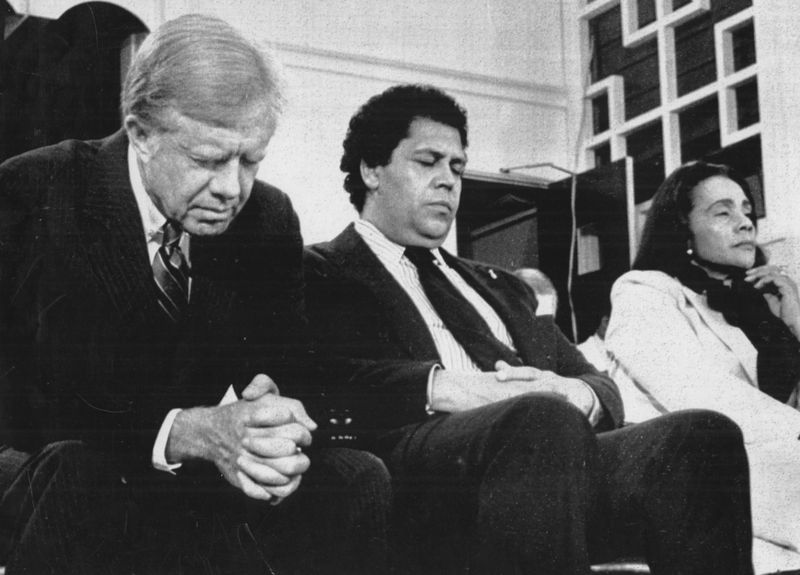 President Jimmy Carter’s administration stepped in, providing $10.3 million in federal money that helped move the interstate and created thousands of jobs. Carter also allowed the city to acquire title to the federal land where the highway was previously located.

Although the COVID-19 pandemic has tampered the debate about possible state take over of Hartsfield-Jackson Airport, Bottoms has already used her national influence at the airport.

Buried in the 80-page document is a provision that opposes “partisan power grabs” of public infrastructure projects, language intended to frustrate supporters of a long-standing Republican effort to assert control over the city’s most valuable asset.