By Joshua Sharpe, The Atlanta Journal-Constitution

As a young Black woman, Decatur native Brittany Jackson knew she wanted to join protests against police mistreatment of Black Americans over the summer. She also knew she might get arrested.

“If you truly believe in a cause that hits home so closely, you can’t just stand back, you have to do something,” she said.

On June 1, Jackson was downtown with a crowd that she described as generally calm. When police officers got involved, she said, the scene turned chaotic. Jackson said she and others were standing on a road, where officers had them blocked in. Then she was arrested for blocking the street. But she felt like she was arrested for protesting.

Jackson was one of nearly 600 people arrested in Atlanta over the course of two weeks during demonstrations in June. A review of police records by The Atlanta Journal-Constitution showed that half of them were charged with violating the curfew Mayor Keisha Lance Bottoms instituted to curb unrest after rioting left the CNN Center smashed up, police cars torched and stores looted.

For two months, dozens of activists, clergy and attorneys have called for officials to drop charges for the vast majority of the protesters, because they weren’t charged with violence or destruction. But the calls haven’t been answered, according to the Southern Center for Human Rights, which represents some of the protesters.

“As police continue to mass arrest citizens for protesting against white supremacy, both in policing and in society, the silence from city officials is deafening,” said Tiffany Williams Roberts of the Southern Center.

In August, the nonprofit distributed an open letter from dozens of activists, clergy and attorneys calling on Bottoms, city solicitor Raines Carter and Fulton County District Attorney Paul Howard to work together to keep the protesters from facing jail time, fees and fines, trouble getting employment, and immigration consequences.

Protesters now have approaching court dates and face potentially significant penalties, even those who violated the curfew. City code says the punishment for a curfew violation is a fine of up to $1,000, up to 60 days in jail or up to 60 days of community service.

On May 30, Bottoms issued the 8 p.m. curfew and decried rioting in an emotional news conference as CNN carried scenes of destruction live. “If you want a peaceful protest, go home. Organize and come back on a peaceful day,” Bottoms said. “This is not a peaceful night.” 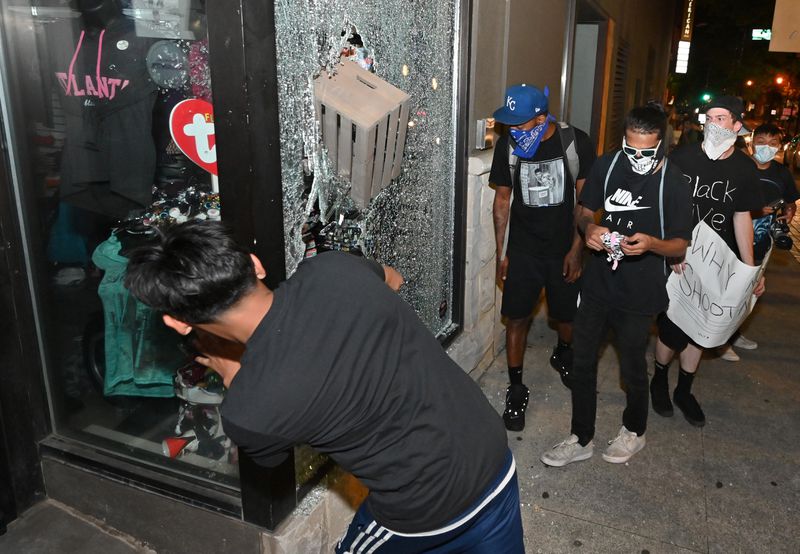 Stories and footage of the damage from that night led many to praise the mayor as business owners tried to recover. The damage was widespread. The College Football Hall of Fame saw windows smashed and merchandise stolen. A Piedmont Road Kroger was cleaned out. People broke into Phipps Plaza. The Centennial Park visitors center was torched. Numerous small businesses were damaged, including some that are Black owned.

In Buckhead, Signature Day Spa sustained extensive water damage when protestors broke through the front doors and broke the pipes to the sprinkler system. Mother and daughter Trang and Julia Nguyen watched the vandalism play out on their security camera from home. The next morning, the daughter said the damage at the scene showed the vandals “made many attempts to burn down our spa.”

In the open letter, those calling for the charges to be tossed asked for Atlanta leaders to consider that the majority of those arrested weren’t involved in any destruction. The letter writers said officials in Los Angeles, New York City, Chicago, Denver and elsewhere dropped charges against “peaceful protesters arrested for merely violating a curfew, blocking a roadway, or being ‘disorderly’ where no violence was done and no property was allegedly damaged by the accused.”

In August, a spokesman said Bottoms “does believe that each situation should be evaluated on a case-by-case basis.” 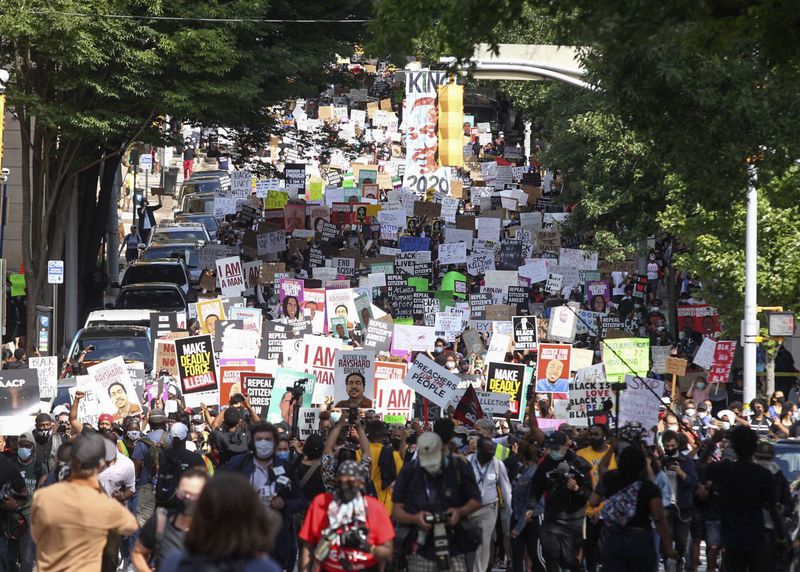 Eugene Volokh, who teaches First Amendment law at UCLA, said those seeking to have curfew violation charges tossed probably have the best shot. Volokh said curfews to decrease the possibility of violence have generally been upheld, but he wouldn’t be surprised if a prosecutor ultimately chose to drop the charge.

Because the mayor’s curfew was citywide and enforced primarily downtown, Volokh said one might expect the protesters who were arrested to ultimately be treated as others and not prosecuted.

“My guess is, people in other parts of town were strolling down the street at 10 p.m., and nobody arrested them,” he said.

It may be that the arrest itself can serve as the penalty for breaking curfew, Volokh said. After state Sen. Nikema Williams was arrested at a protest for allegedly disrupting business at the Capitol in 2018, Cobb County Solicitor General Barry Morgan, who was assigned to prosecute her, decided to drop the case and “let the arrest itself serve as punishment for the crime.”

Sharif Hassan, 37, of Atlanta, a freelance journalist, went to photograph a downtown protest in June. When the hour of the curfew fell that night, he took photos of cops chasing and arresting a protester. Soon, someone was filming his arrest. Hassan said he told the police he was a journalist, but he wasn’t on assignment at the time, just hoping to keep everyone honest with his camera.

Hassan said he feels he’s been punished enough for staying out too late. He spent the night in the city jail, which was crowded with other protesters who wore masks but couldn’t properly social distance to guard against COVID-19. He said he’s lost work he had lined up in Egypt because he doesn’t want to leave the country and miss his November court date.

“I don’t want this hanging over me,” he said.

William Thomas, 23, an Atlanta graduate student, said he and his partner were trying to leave before the curfew hit but couldn’t find a way around the assembled police and National Guard troops. Thomas said the experience was surprising in this city, of all cities.

“This is a city that brands itself as the birthplace of civil rights,” he said.

After Thomas and his partner were arrested on curfew violation charges in mid-June, the experience of going to jail gave them a terrible feeling: Fear. They were afraid to protest again because it might mean they could be arrested again.

Ultimately they grabbed their signs and went back out, but Thomas wondered how many others were able to make the same choice.