By J.D. Capelouto, The Atlanta Journal-Constitution

More than a dozen attorneys representing people who say they are victims of police brutality came together Monday morning with a unified message: They’re fed up with the way the city of Atlanta handles their cases.

The lawyers said the city’s legal department often doesn’t participate in settlement discussions and also stalls taking lawsuits to trial — problems they don’t have with other governments and insurance companies, they said.

The lawsuits discussed Monday are civil cases brought forward by victims or their families against the city, and are separate from the criminal prosecutions that the district attorney’s office sometimes handles against police officers.

The lawyers, whose clients also include the family members of some people who have been shot and killed by Atlanta police officers, said they collectively have more than 15 active lawsuits against the city, some of which have been pending for years. 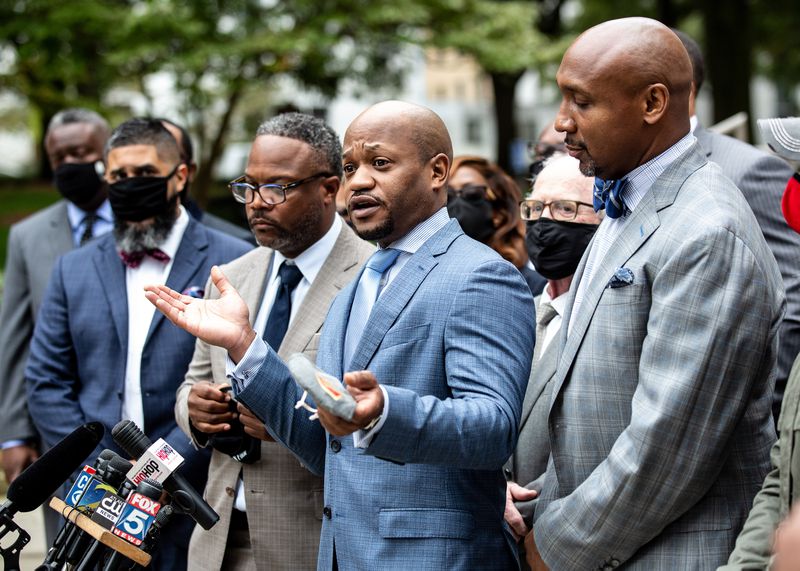 “There’s an injustice that continues to take place right here in City Hall,” local civil rights attorney Mawuli Davis said. One of his clients includes Messiah Young, the Morehouse College student who was struck with a Taser and thrown to the ground with his girlfriend amid the protests downtown in June. “Privately, we are going through hell to try to get them justice.”

The attorneys, some of whom have been trying police brutality cases against the city for decades, cited the $12 million settlement Breonna Taylor’s family received from the city of Louisville as an example of how families can receive some closure and justice.

Shean Williams, a lawyer who has five ongoing cases against the city, said its leaders, including Mayor Keisha Lance Bottoms, are often sympathetic with victims and their families in public, while the city’s attorneys staunchly fight the claims in court.

“You can’t say publicly, ‘We’re sorry, we’re outraged,’ and show compassion, but in the courtroom show the opposite,” Williams said, “fighting us tooth and nail in court.” 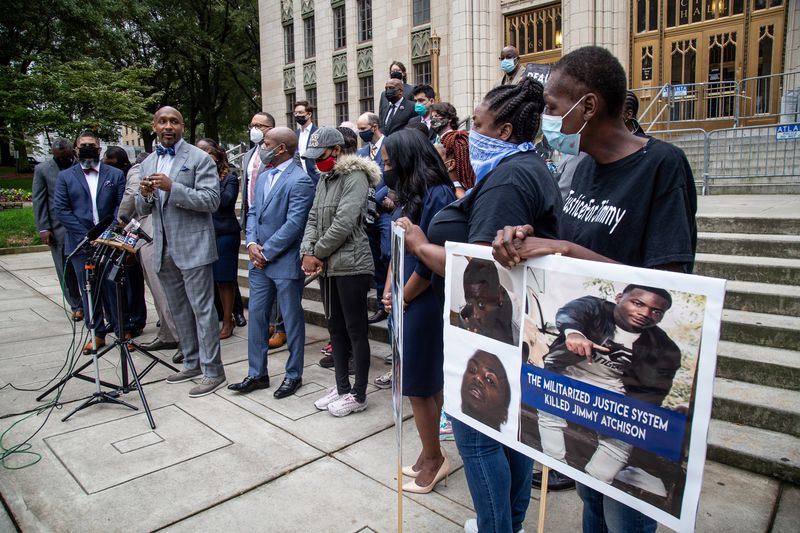 The family of Jimmy Atchison, who was shot and killed by an officer in 2019, attended the press conference wearing shirts that said “#JusticeForJimmy.” They sued the city earlier this month, after the city declined to discuss a possible settlement in the case, attorney Tanya Miller said. The officer who shot Atchison has resigned but has not been criminally charged.

“We are in essence waiting for their response,” Miller said of the city. “The city uses every possible legal leverage, legal maneuver that they can to avoid taking responsibility for what their officers have done.”

The issues are compounded by the fact that Atlanta does not have insurance for its officers, meaning that if the city settles a case, taxpayer dollars pay for it rather than a private third-party insurance company, attorney L. Chris Stewart said.

In a statement, a spokesman for the city said it does not comment on pending cases. The city is self-insured, he said, but if it did provide private coverage, “it is doubtful that coverage would include police officers who have acted outside of city policies.” The city has said previously that some of its officers were not following department policy in incidents that resulted in lawsuits.

“City employees, including police officers, are represented by the city if they are sued as a result of actions taken in the course of their employment,” the statement said. 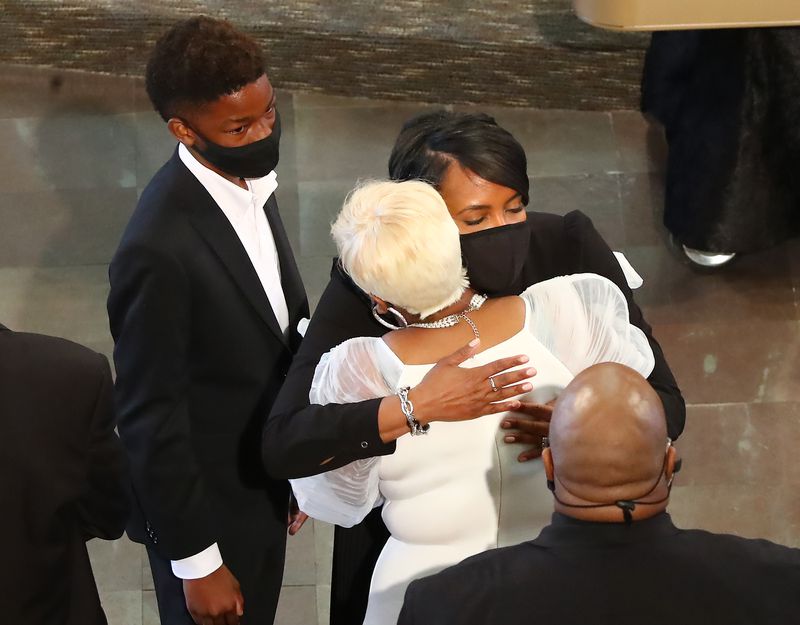 Tomika Miller, the widow of Rayshard Brooks, the man shot and killed by an officer outside an Atlanta Wendy’s in June, pointed out that Bottoms attended Brooks’ funeral and consoled her family, but “since then I haven’t heard anything from her.”

“It just pretty much seems to me like a show,” Miller said. “I’m still going thought the pain and the heartache every day.”

Two officers involved in Brooks’ death have been criminally charged. While Brooks’ family has not filed a lawsuit against the city, Miller’s attorney said the criminal case is slowing down their efforts to get records and information. Initial discussions about a possible settlement “weren’t fruitful,” attorney Justin Miller said. “This is why (cases) take five to six years to handle.”