By Bill Rankin, The Atlanta Journal-Constitution

It has been three years since DNA tests showed that Ronald Jacobsen may have been wrongly convicted of raping a Newton County woman in 1990. It has also been almost 18 months since Jacobsen’s convictions were overturned and he was granted a new trial.

Yet Jacobsen, who has been incarcerated 30 years, remains behind bars. At a hearing last week, a judge ruled the 60-year-old Jacobsen can only be released if he posts a $500,000 bond. That was 10 times the amount suggested by the prosecutor overseeing the case.

“The DNA evidence not only calls his conviction into question, it completely exonerates him,” Palmer said. “That makes me really sad he’s spent the last 30 years of his life in prison for a crime he didn’t commit.” 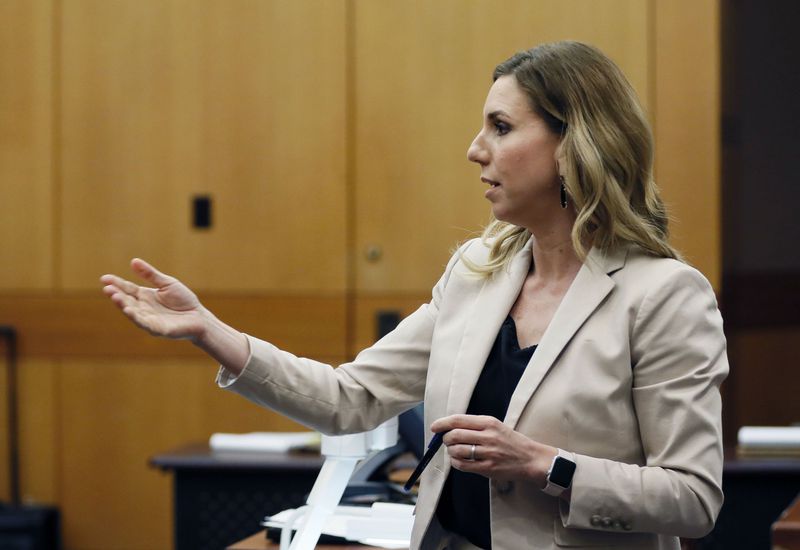 Randy McGinley, who became interim district attorney in June, said almost all of what happened in Jacobsen’s case occurred before he took the job.

“My intention is to conduct a thorough review of the case, to speak to the crime lab and speak to the victim,” he said. “Before making a decision on what is the right thing to do, I want to look at it myself. And I’m going to do it as quickly as I possibly can.”

The Innocence Project is asking for donations through Mightycause, an online fundraising platform used by nonprofits. On Monday, the Mightycause website said it has so far raised almost $30,000.

Jacobsen, an auto mechanic who lived in Decatur, was charged with raping and assaulting a 21-year-old convenience store clerk on Jan. 6, 1990. Upon being convicted at trial, he was sentenced to life in prison.

The victim had briefly dated Jacobsen a few months before her attack. During three police interviews, she described in detail what happened to her and said the man who raped her was a stranger.

“What did I do to you?” she told police she had asked her attacker. “I don’t even know you.”

The woman said her assailant walked into the Golden Pantry where she worked the night shift around 4 a.m. After buying a pack of Marlboro Lights, he walked around the counter and struck her head, she said.

The man then put the woman in his pickup truck and drove down I-20, stopping at several exits where he sexually assaulted her, she said. After he abandoned her when his pickup ran out of gas, she ran to a nearby house where a resident called police.

Even though the victim repeatedly told police she didn’t know her attacker, she ultimately changed her story and said Jacobsen was the person who sexually assaulted her. (The Atlanta Journal-Constitution does not disclose the names of sexual assault victims.)

At trial, Jacobsen presented alibi witnesses who testified he was in Chattanooga, Tennessee, with his girlfriend, who was pregnant with his child. Jacobsen also took the stand in his defense, insisting he was not the culprit.

Three years ago, DNA tests conducted by the GBI crime lab showed that the male DNA from the woman’s rape kit could not have come from Jacobsen.

In February 2019, after the DA’s office agreed that Jacobsen should get a new trial, Superior Court Judge Eugene Benton vacated the convictions. He also ordered that Jacobsen be transferred from the state prison system and put in the Newton County detention center, where he remains today.