A Scottsdale man was arrested on Saturday after a viral video posted on social media showed him telling a Black man that he was in a “no (N-word) zone.”

Andre Abram, who goes by LILAJDRE on Instagram and YouTube, was preparing to record a video in Old Town Scottsdale when a man, later identified as Paul Ng, took photos of him and approached him to ask what he was doing in the area.

Abram began recording, and Ng said “I’m a racist” and that Abram shouldn’t be in the area “because this is a no (N-word) zone.”

The video has garnered over 182,000 views on Instagram as of Monday evening and been shared by prominent activist Shaun King.

“I would say my first response was shock,” Abram told The Arizona Republic. “I was in disbelief that I was hearing the words that I was actually hearing. It was a moment that really boggled my mind — and it still does even to this moment.”

In the video, Abram misunderstood Ng and said he was the owner of a store they were standing in front of, River Trading Post. But Ng has nothing to do with the store, and employees say they sympathize with Abram but are now fighting to defend their reputation.

What happens in the video

The video shows Ng, who is Asian, approaching the camera near Main Street and Marshall Way around 7 a.m. on Oct. 23.

Abram, who is recording on his phone, asks him what the issue is and why he’s approaching him and his friend, Kane Tinkham.

Ng tells Abram that there isn’t an issue and proceeds to ask what he’s taking pictures of.

“Why is it your business?” Abram asks.

Ng tells Abram that this is his home, to which Abram responds “OK, mine too” and elaborates that he too lives in Scottsdale while repeatedly asking Ng why he’s taking pictures of him.

“Well —you know what — we’ve had problems here,” Ng says.

“I don’t care,” Abram replies. “You don’t know me. Why are you taking pictures of me? And I don’t know you. Do you know a lot of white men are doing racist things in this world, sir?”

Ng says he doesn’t before pointing to himself and saying “I’m a racist.”

“You are a racist?” Abram asks before Ng repeats the claim.

Abram tells Ng that it’s fine and continues to ask him why he approached him.

Ng continues to assert that Abram doesn’t live in the area when Abram says he’s going to continue recording the video he initially intended to make and that Ng couldn’t stop him.

Ng says that it’s fine and asks Abram what he wishes for him to say.

“I don’t want to hear you say nothing,” Abram tells him.

Abram then looks into his own camera and tells the viewer that he would “lay down” Ng if he touched him or Tinkham.

“You ain’t man enough,” Ng says while walking away.

Abram then says he’s a famous YouTuber and aims the camera by a business called River Trading Post where Ng is seen using a leaf blower.

In the heat of the moment, Abram misunderstood Ng pointing up at his condo and said Ng owned the shop located below.

After receiving calls from business owners about the incident, an officer visited Ng at his home and questioned him about what had occurred later that evening, according to a police report.

Ng told the officers that he was suspicious of Abram and Tinkham because they had an expensive looking camera and the car they arrived in had a Michigan license plate, so he took photos of the two and texted them to local business owners.

The report says Ng told the officer that he watches over the neighborhood before talking about the Black Lives Matter movement and “Antifa” — short for anti-fascists, the far-left-leaning militant groups that resist neo-Nazis and white supremacists — while pointing at a picture of Abram he had taken on his phone.

He then told the detective that he expects bad things will happen beginning Nov. 1 and that he was “just getting ahead of the game,” the report states.

The officer interviewed Ng again at his residence on Saturday evening and asked Ng if he understood how his comments could provoke a fight. The reports says Ng said he didn’t think his comments were inflammatory and believed Abram was “mapping the place” and part of a “recon team.”

“I asked if Paul understood how there could be fallback from the comments and Paul stated that he understood but did not see why there was so much energy wasted on the incident,” the report stated. “Paul was certain that the incident would be gone and forgotten within a week.”

The officer then arrested Ng and booked him on two counts of disorderly conduct — both misdemeanors. 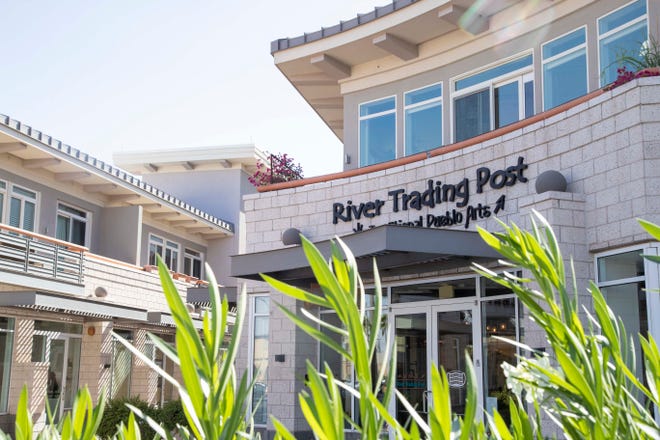 Arrest documents show Ng was processed and released on his own recognizance after being issued a criminal citation.

Ng couldn’t be reached for comment as of Monday evening.

Abram: ‘I was in disbelief’

During a phone interview with The Arizona Republic on Monday, Abram said he wasn’t being loud or belligerent and was unsure of any action he did that would have attracted Ng’s attention.

Abram, who runs a YouTube account with over 94,000 subscribers, said he was filming a video in Scottsdale for his family in Detroit who had never seen a palm tree.

Although Ng’s words deeply upset him, he said that many Black men experience what he experienced without catching on video or having a large platform with which to share it, and wanted to use the opportunity to hammer the fact that such treatment was not OK.

Instead, Abram said he was there to inspire and entertain people and hoped Ng and people who shared similar views understood that their behavior is unacceptable.

Abram’s attorney, Benjamin Taylor with Taylor & Gomez LLP, said he hopes his client gets the justice he deserves. 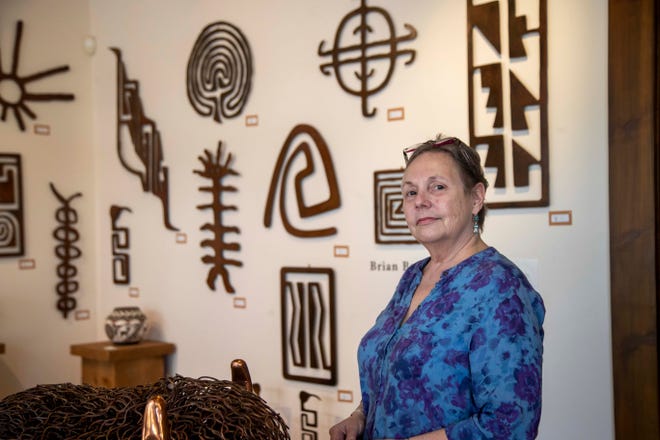 Kathi Ouellet, the managing director of River Trading Post, told The Republic that she was horrified and condemned what Ng said but clarified that he has no association with the business other than that he lives in a condo that’s part of the same building.

“He is not affiliated with this business in any way, shape or form,” Ouellet said. “He’s not an employee. He’s not an owner. He just owns the condo upstairs.”

The company sells items like rugs and pottery they buy from Native Americans.

Ouellet said she reached out to Abram after she saw the video and told him that she and the business weren’t affiliated. Abram later responded after determining she was correct and made another post on Instagram.

“AFTER GETTING FACTS!! RIVER TRADING IS NOT INVOLVED!!!” Abram wrote with a screenshot of River Trading Post’s Instagram page. “HOWEVER, SWIPE RIGHT FOR THE COMPANY THAT HE IS ASSOCIATED WITH!!”

The firm posted to Instagram on Sunday that Ng had been terminated.

“An independent contractor was filmed recently making racist comments,” the post reads. “Russ Lyon Sotheby’s International Realty does not condone in any way shape or form this type of behavior. This person has been terminated effective immediately.”

The firm later posted an additional message further condemning Ng’s actions and said it recommended to the Arizona Department of Real Estate that his real estate license be revoked.

Ouellet said she’s received a deluge of phone calls and social media posts lambasting the business, with some threatening to assault her or bomb the building.

During an interview at the store on Monday, Ouellet had to disconnect the landline to keep the phone from incessantly ringing.

Ouellet said she listened to about 60 voicemails from people attacking the business before she changed the voicemail message to her explaining that the business isn’t associated with Ng.

She hopes people eventually come to realize that she and her store don’t condone racism of any kind.