Zach Stout will cast a ballot this year for the first time in more than a decade.

Not because he didn’t want to — he lost his voting rights after serving time in prison for drug possession.

Before the 35-year-old Tucson resident got his voting rights restored, he still engaged in advocacy, talking to policymakers about what could help people who are incarcerated.

“At the time when I couldn’t vote, it was … I can’t even describe the feeling, honestly. Words can’t describe it. You’re out there pulling for this advocacy, but you know that as far as your country is concerned, your voice does not matter,” Stout said. 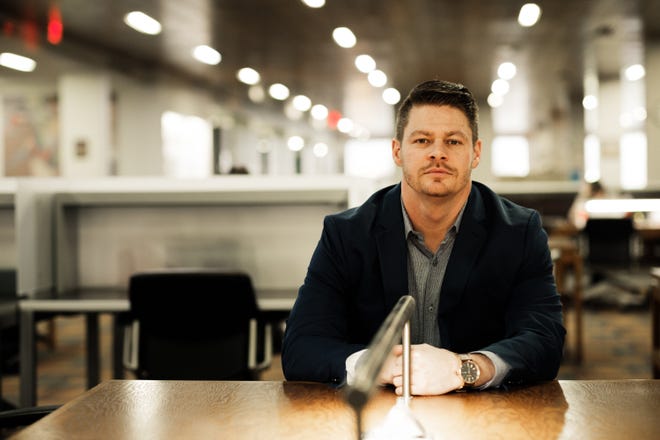 Stout left prison in 2015 and worked to get his life back on track. He went to college, earning a bachelor’s degree as a triple major, and is now working toward a dual master’s.

He worked to get his voting rights restored through his university, the University of Arizona’s Civil Rights Restoration Clinic, where he now assists others with rights restoration.

“I can’t tell you how happy I will be to have cast my vote,” Stout said.

Several legal barriers keep many Arizonans from voting, beyond the types of barriers or suppression that could keep an eligible voter from decided to go to the polls.

Some, like Stout, lost their voting rights after felony convictions and must work to regain them. Others are not U.S. citizens — they may be undocumented, or have legal status through visa programs or the Deferred Action for Childhood Arrivals program. Some may have been “adjudicated incapacitated” and not allowed to vote. And some Arizonans are simply too young to vote yet.

Arizonans who can’t vote described feeling left out of an important way to make their voices heard to the people who decide policies that affect their lives in all kinds of ways.

They encourage their friends and families who can vote to cast ballots not just for themselves, but for all those who can’t. They find other ways to get involved in their government.

But the inability to vote feels personal for all of them.

Can’t vote because of non citizenship

To vote, you must be a U.S. citizen. That excludes many who call the U.S. home, but do not have citizenship. 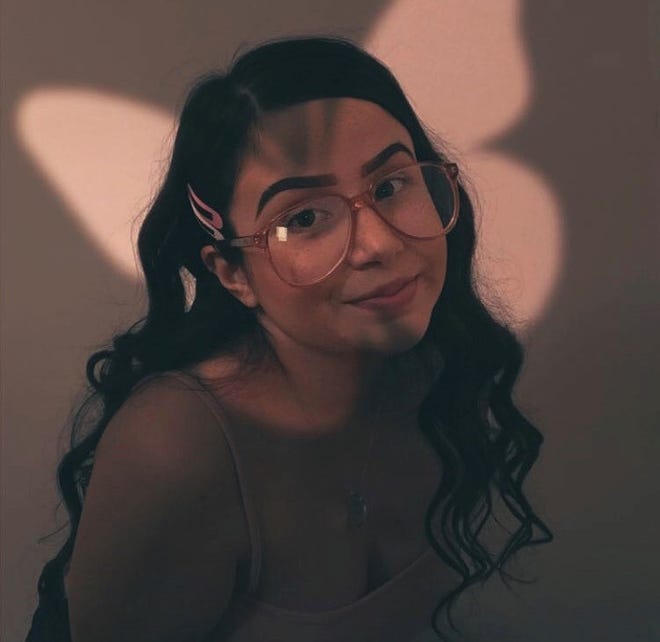 Milagros Alcantar, an 18-year-old student at Grand Canyon University, came to the U.S. before she turned 1. At the time, she had a brain tumor and needed treatment, which she received at St. Joseph’s Hospital in Phoenix.

She can’t vote because she’s not a U.S. citizen. She is undocumented, but wasn’t old enough to qualify for DACA, though her mother was. And even still, DACA would not allow her to vote; it just provides temporary legal status. Her younger siblings, who were born in the U.S., will be able to vote when they come of age.

She finds other ways to make her voice heard. She works as an intern with Aliento, an organization in Phoenix that helps people who are undocumented or have DACA. She’s talked to people who can vote.

“And I hope that at least the majority of them will keep me in mind as they cast their vote this upcoming election,” Alcantar said.

Marta Berbés-Blázquez, a 42-year-old resident of Tempe, is in the country on an H1-B visa as a professor, which is for workers in certain specialties.

She holds dual Spanish and Canadian citizenship and came to the U.S. from Canada in 2016. She is working on obtaining a green card to become a legal permanent resident here, though that would not grant voting rights. She hopes to become a U.S. citizen at some point. 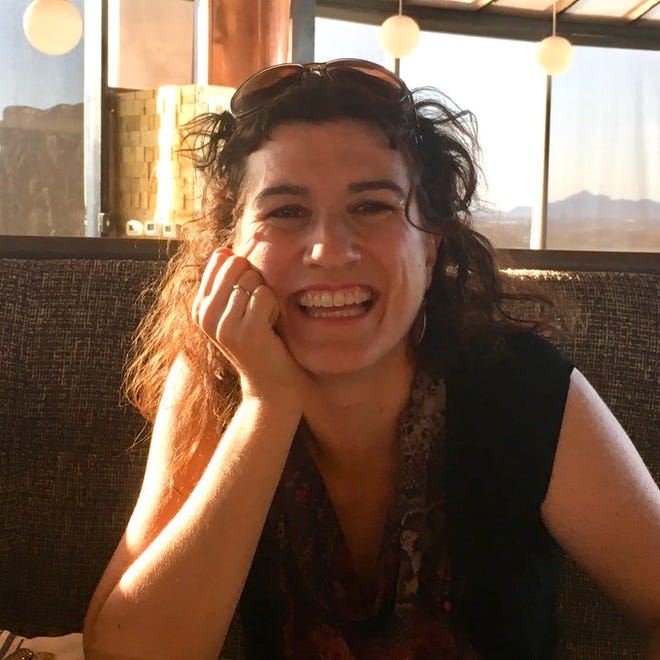 “I understand, somewhat, the rationale. But at the same time, it is very frustrating when decisions about my status are being made, and I cannot vote that candidate out,” she said.

Still, she knows there are many other ways to make her voice heard, like organizing around issues that matter to her, encouraging other voters and getting involved in the community.

“As much as it’s frustrating, I also recognize that democracy is full-time. It doesn’t happen only once every four years, it happens every day, and you organize with community every day,” Berbés-Blázquez said.

Can’t vote because of age

Brophy College Prep senior Diego Acevedo can’t vote. He’s 17, for one, but once he’s old enough, the fact that he’s undocumented will prevent him from voting in the country he has lived in since he was 2. 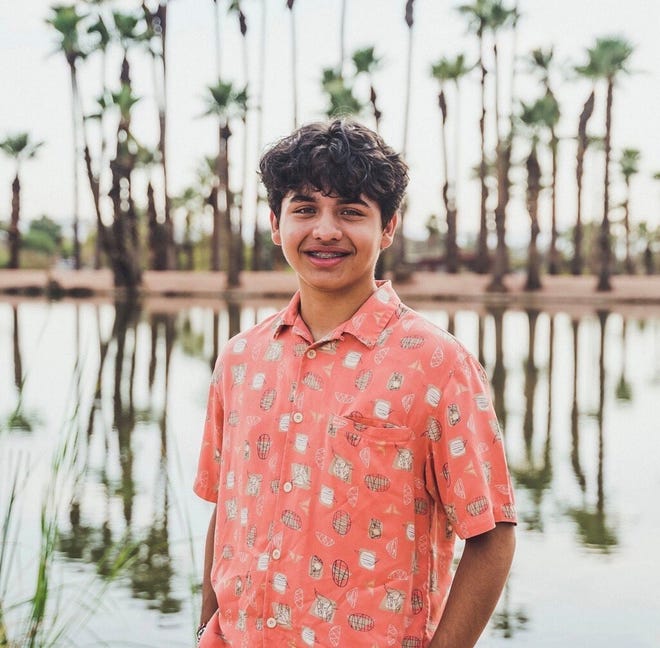 Many young Arizonans who will be eligible to vote in the near future won’t be 18 in time to vote this November. Many of them are politically active, engaging in advocacy on a variety of issues, like gun violence, racism and climate change.

Emely Saenz Gomez, a 17-year-old student at Westwood High School in Mesa, doesn’t turn 18 until next June, so she will miss the chance to vote in a contest many see as one of the most consequential presidential elections in their lifetimes.

She’s frustrated by her inability to directly weigh in on candidates and policies that affect her life. Many people who set policies are much older than her, and many voters are, too. Yet their decisions affect young people profoundly, she said.

She plans to be a regular voter and already researches candidates and issues to understand her community. She’s excited, yet anxious for what comes next for her.

“I’m the person who really loves helping people. So for me, my vote will be for my community and for the people that reside in my community,” she said.

Can’t vote because of past crimes

The road to regaining voting rights for people with felonies can be long, and criminal justice advocates say Arizona’s policies are some of the nation’s hardest to overcome.

Some states in recent years have worked to vastly improve the way they handle voting rights for people who have felonies. In Florida, a ballot measure in 2018allowed more than 1 million Floridians to regain their voting rights.

More than 200,000 Arizonans are unable to vote because they lost their voting rights due to felony records, according to an estimation in a 2020 report from the Sentencing Project, a criminal justice nonprofit. That amounts to about 5% of the state’s voting-age population, higher than the national average, the report said.

Felony disenfranchisement disproportionately affected Arizonans who are Black and Latino, the report found. Most of those disenfranchised by felonies are not still in prison.

Arizona’s policies for voting rights for those who have felonies is considered one of the nation’s most restrictive, according to the American Civil Liberties Union.

People who get a felony for the first time automatically have their rights restored after they finish their sentences. A law passed in 2019 in Arizona got rid of the requirement that people with first-time felonies pay outstanding fines — but not restitution — before regaining voting rights.

For people with more than one felony, getting rights restored typically involves the courts. They have to serve their time in prison, plus any parole and probation, and pay fines and restitution, before petitioning the courts to have their rights restored.

For Stout, the Tucson college student who is voting for the first time after restoring his rights, his prison sentence ended in 2015, followed by three years of probation. After his release from prison, he set to work turning his life around. He started the voting rights restoration process with the UA’s clinic last semester. He got his conviction set aside. He plans to pursue law school after he finishes his dual master’s program.

Now, having served his time and gotten his rights restored, he feels a sense of pride. He will drop off his completed ballot at a drop box at UA, the place that helped him get the education that transformed his life.

“There’s this sense of responsibility to not only continue to do well each day, but then to go and cast my vote, because there are a number of us, there are so many who are still currently disenfranchised all across the United States. And that is disappointing in and of itself. So it just propels me to go and to cast that vote that much more,” Stout said.