By Matt Kempner, The Atlanta Journal-Constitution

L.H. Couch retired years ago but has recently returned to a corporate setting.

“There’s nobody here,” he said. “I’ve got complete freedom.”

Pro and college athletes have returned to competition. Many schools are offering in-person classes again. The president has said the pandemic is ending. But much of metro Atlanta’s armies of office workers are hunkering down for the long, virtual haul.

More than seven months into pandemic-triggered office shutdowns, some major employers still aren’t saying when they will retrieve employees working from home. And several have added changes in recent weeks after short-term arrangements lasted far longer than imagined.

Restaurant company Inspire Brands launched a free, on-site learning center for kids of employees. Aluminum maker Novelis gingerly opened its Atlanta headquarters in mid-October for a fraction of its workforce, but said it closed it again indefinitely on Wednesday amid a global surge of COVID-19 cases. Mercedes-Benz told staffers at its North American headquarters that those working remotely can keep doing so through March.

Others are adding new layers of precautions. Buckhead-based Fleetcor Technologies installed entranceway temperature scanners that also detect whether employees are complying with company mask mandates. If not, the machines squawk, “Please, wear your mask.”

LGE Community Credit Union added disinfectants dispersed 24 hours a day through heating and air conditioning systems at its branches. It expects to soon do the same at corporate offices as staff rotate between working from home and the Cobb County headquarters. 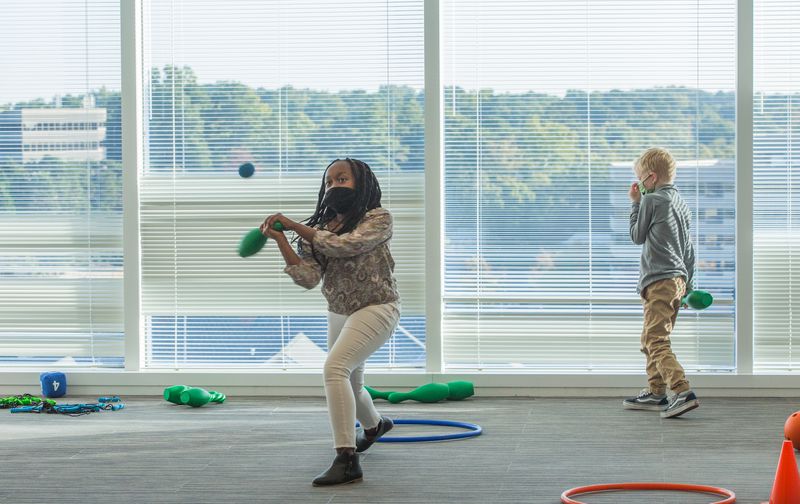 Many employers say they continue to be surprised by how productive and positive remote workers have been. Infection risks also are putting returns on hold. After retreating, the rolling seven-day average of new COVID-19 cases in Georgia has climbed about 40% in recent weeks.

But being away from the office still poses issues for many employees and their bosses. Concerns range from losing workplace camaraderie, missing face-to-face collaboration and dealing with growing stress when there’s little gap between work and home life.

At the same time, working parents continue to struggle with childcare and schooling issues tied to the pandemic.

“It’s very challenging to be remote working doing what I do,” said Leslie Crawford, a single mom and law firm paralegal.

Early in the pandemic she worked from home. Then she tried a demanding hybrid setup. She worked mornings at home, sharing a den she had converted into a classroom for her three kids. She positioned a mirror so she could keep an eye on them behind her. In the afternoons, she dropped them off with her ex, then worked at the law firm, riding up mostly empty elevators in a Cumberland-area office building.

A few weeks ago, her two youngest children started face-to-face classes at school. She went back to the office full time.

“It is a much better balance of work life and school for us all,” Crawford said.

Many metro Atlantans have jobs that offer no choice but to work on site, from stores to manufacturing plants. Yet for lots of office workers, returning to corporate work stations is the exception rather than the rule.

The average weekly number of elevator trips in metro Atlanta offices is only 35% of what it was pre-pandemic, or about 2000,000 fewer trips a week, according to elevator giant Thyssenkrupp. Fewer riders likely are also in each car to ensure social distancing. 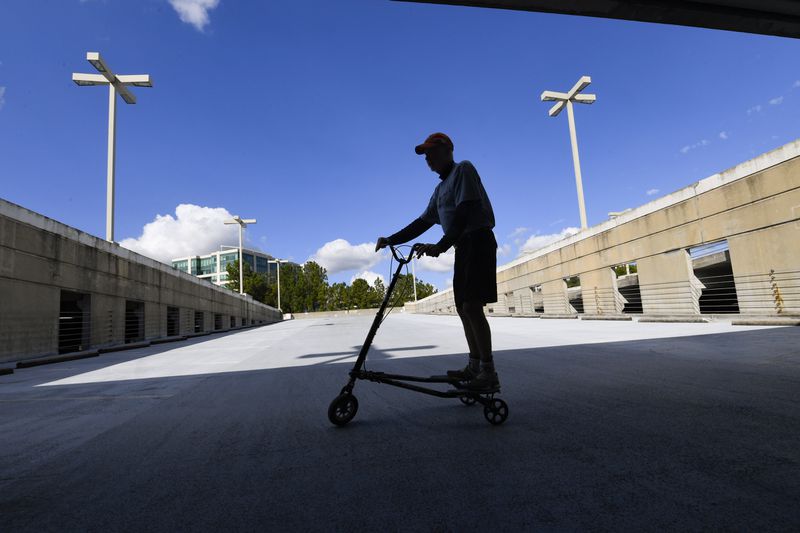 “I kept making the assumption we would be back in July,” said Peter Heintzelman, the chief executive officer of utility Cobb EMC, which has about half its staff working remotely. “It became crystal clear that wasn’t going to work.”

A wave of new infections struck the state over the summer. Now, Heintzelman’s plan is to reassess the situation early next year.

Coke, Home Depot and AT&T say they haven’t set return dates even as others, such as Genuine Parts, began shifting many workers back months ago. The auto and industrial parts maker has since slowed its office reentry plans.

Inspire Brands, the parent of Arby’s, said it never closed its Sandy Springs headquarters, but no more than 20% of its 1,000 employees and contractors are there at any one time.

While the company puts a high value on in-office collaboration and connections, there’s been no date set for a full return, spokesman Christopher Fuller said. “We don’t see that on the immediate horizon.”

Instead, it converted an entire floor inside its headquarters building for a fully subsidized, remote learning center for employees’ children in kindergarten through fifth grade. Dozens of parents have signed up for the Young Achievers Academy, administered by Right at School. Workers can drop off their kids on days when they need to buckle down at the office. 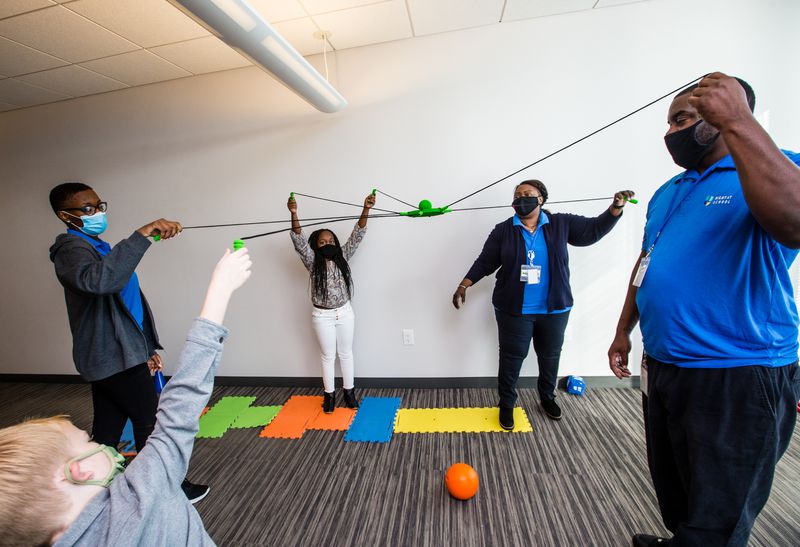 Heintzelman, Cobb EMC’s chief, expects more collaborative space, fewer dedicated desks and less overall square footage at his company campus in the future than they might otherwise have had.

“I assumed we would be able to survive this way, but not necessarily thrive,” he said. “But we are thriving.”

And Fleetcor, a business payments company, is preparing new guidelines for how its employees, varying by job function, can continue working remotely even after the pandemic. There’s also new receptiveness to the idea of hiring people who won’t live in the same city or state where Fleetcor has offices, said Crystal Williams, the chief human resources officer.

“The pandemic opened our eyes,” she said, “to some different ways of allowing people to work.”