Besides a passport and a plane ticket, more travelers may one day soon need another travel document when flying abroad: test results to prove they aren’t bringing the coronavirus with them.

Increasingly, mass testing is being looked at as way to let countries reopen borders that were shuttered as the coronavirus pandemic took hold. For airlines, it could be a chance to lure back flyers on routes devastated by the pandemic.

The eventual goal is to secure certain major routes in a way that reassures passengers that it’s safe to travel. The idea goes by various names, whether it’s air bridges, air or travel bubbles or just bubbles. Instead of a world in which airlines have been able to pretty much pick where they want to start service, air routes would depend on new bilateral agreements between countries.

The arrangement could work in various ways, but one would be by requiring tests of all passengers shortly before they take off and perhaps follow-up tests when passengers arrive. Airlines see testing as another way to make sure passengers know they won’t catch COVID-19 on a plane, even though the industry points to various studies to make the case that chances of transmittal are minimal.

The idea is similar to the bubble the NBA created with its players to try to insulate them from anyone who might infect them with the coronavirus.

U.S. officials have talked about creating an air bridge on the New York to London route, one of the world’s busiest business runs and one of the most lucrative. But it’s unlikely to start anytime soon.

“These air corridors are great ideas, but against that you have a resurgence of the virus in the U.K., in many other places in Europe,” said Henry Harteveldt, analyst for Atmosphere Research Group.

Singapore, Australia, China, India and other nations have also considered forming travel bubbles with each other.

Until now, coronavirus tests used for travel have been pricey, in some cases more than $200. But certain types of rapid tests could soon be available for as little as $15, cheap enough that airlines could absorb the cost of them, United Airlines officials told analysts last week as they released earnings.

Delta Air Lines, too, is interested in testing. It’s not practical for domestic flights, CEO Ed Bastian told analysts on his own earnings call, but he added, “I could see it for international.”

Interestingly, America’s only two noncontiguous states already are using testing of incoming air passengers as a way of trying to protect them and the states’ own residents from the virus.

Forget about that empty middle seat:Southwest Airlines to start filling planes in December

Hawaii allows travelers who test negative for the coronavirus up to 72 hours before their flight to skip a mandatory 14-day quarantine. The program, intended to jump-start the islands’ dormant tourism industry, brought 8,000 visitors on its first day last week alone.

Alaska requires arriving air passengers to bring test results showing they are negative for the coronavirus. If they don’t bring one, they’ll be tested at no cost and have to quarantine until the results come in. If they test positive, they have to remain quarantined for 14 days.

Airlines for America, the lobbying organization for major airlines in the U.S., is strongly in favor of wider testing that could help foster the opening of more routes.

“A testing framework that ensures rapid, accurate, affordable and scalable testing should eliminate the need for mandatory quarantines upon arrival and speed the global recovery of commercial air travel,” said spokesman Carter Yang.

Need to apply for a passport or renew? Coronavirus backlog could mean a long wait

This week, there was another step forward on the international testing front.

Travelers who had their test records on a smartphone app flew Wednesday from London’s Heathrow Airport to Newark Liberty International. The CommonPass app is intended to be easier to use than carrying around testing records. The system could be a precursor to the day when travelers will have to show they have had vaccinations against COVID-19, not just negative tests, to be allowed in a country.

CommonPass is “intended to give people the ability to travel again by documenting that they meet the requirements of the places they want to go,” said Paul Meyer, CEO of The Commons Project. “This is a way to get things moving again.” 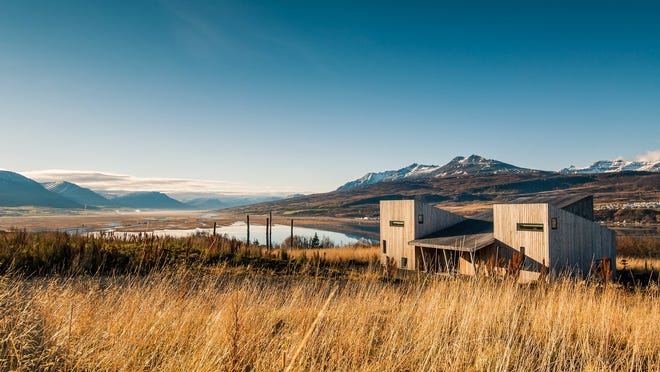