People try to save residents trapped in the debris of a collapsed building in Izmir, Turkey, on Friday, October 30.

A 7.0 magnitude earthquake struck the Aegean Sea near Greece and Turkey on Friday, according to the United States Geological Survey.

The Turkish city of Izmir has been struck particularly hard, with reports of at least 20 buildings destroyed. Images showed vehicles crushed under the buildings and people digging through the rubble in search of survivors.

Several people have been killed, and more than 100 have been injured, according to a tweet by Turkey’s health minister Fahrettin Koca.

The earthquake has also caused damage on the Greek island of Samos.

The quake struck at a relatively shallow depth of 10 kilometers (6.2 miles), according to the USGS, making its impact powerfully felt at ground level around the epicenter. Turkey’s disaster agency recorded the depth at 17 kilometers (10.6 miles). 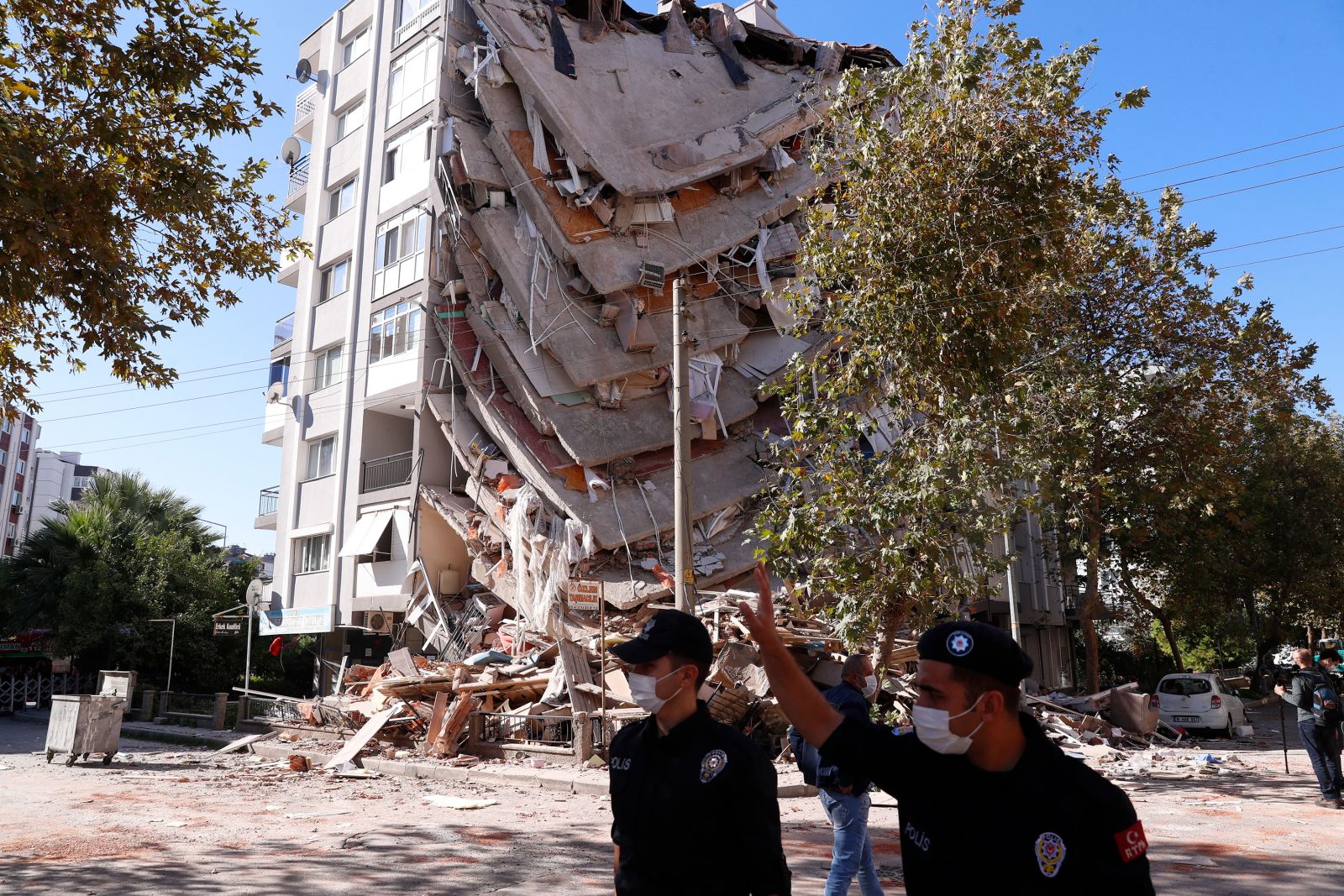